A new website counting down to January 2016 implies a big announcement from Sega, which reliable sources suggest may be a follow up to the Dreamcast.

no official announcement has been made by Sega themselves

Fans dreaming of a successor to Sega’s last entry into the console hardware market may find themselves pleasantly surprised.

A recent website, Project Dream, has surfaced with a countdown that suggests a potentially massive announcement could be coming from Sega in the New Year, January 1, 2016.

The emergence of this countdown has sparked a plethora of rumours and speculation over the possibility of a Dreamcast 2.

Project Dream co-ordinator Patrick Lawson, suggests that Sega will announce the development of the Dreamcast 2, alongside the launch of a crowdfunding campaign.

The cues that point to this announcement come from the announcement that Sega has opened an official division called SEGA Interactive, which will be focused on hardware sales.

While this new division may only be in anticipation of Sega moving into more commercial hardware sales, it does imply the company’s return to console manufacturing.

Project Dream has suggested that the new hardware will be a PC/console hybrid that utilises x86 architecture, a custom NVIDIA GTX 740 GPU, an Intel i5 4460 at 3.4GHz, and 8GB of DDR3 RAM. 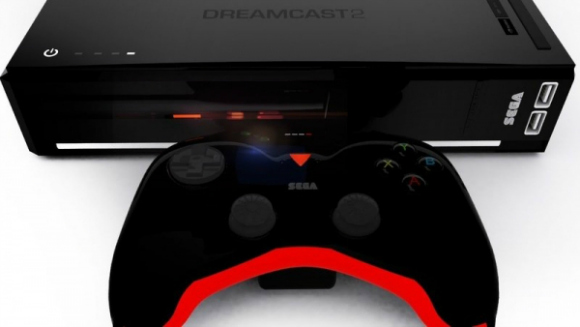 Project Dream also anticipates that the new hardware will be codenamed either Ringedge Zero or Ringwide Elite.

What this suggests is that, rather than releasing a new home console akin to the Playstation 4 and Xbox One, Sega will be licensing an official branded entry into the Steam Machine market.

This move would fit in with Sega’s recent behavior, as the company has focused on PC platform support in recent years.

The anticipated design specifications would also fit in with their arcade cabinet operations.

There has been no official announcement made by Sega themselves, and no new patents have been registered by the company.

Project Dream is an independent 3rd party project that does not have any official affiliation with the company.

However, Lawson and his colleagues are in direct contact with Sega of Japan, which adds reliability to their speculation.

The recent launch of the website implies that an important business decision has been made, and that Project Dream will be ready to officially announce the Dreamcast follow up in January.

With only 8 days left on the website’s countdown, we should know a lot more very soon.

Tom is a political science graduate and an avid gamer. He has a great love of science fiction and chocolate, but only the latter has made him gain weight. He has no life motto, instead just a series of grunts.
Top Cars in 2016 to Look Out For
Can you find Love on Tinder?