The start of the year wouldn’t be complete without the release of the iconic Dabboo Ratnani Calendar, and the 2016 edition has been unveiled with some gorgeous Bollywood stars.

The Dabboo Ratnani 2016 calendar by this very gifted photographer is a treat!

In a five minute long video released on January 11, 2016, the ace photographer teased us with sneak peak into what we could expect for this year’s shoot, and we certainly weren’t let down.

The likes Alia Bhatt, Priyanka Chopra, and Amitabh Bachchan were seen working with Dabboo, and set hearts racing in anticipation.

So brace yourselves, for the calendar of 2016 where Dabboo shoots and creates magic with the Bollywood stars. 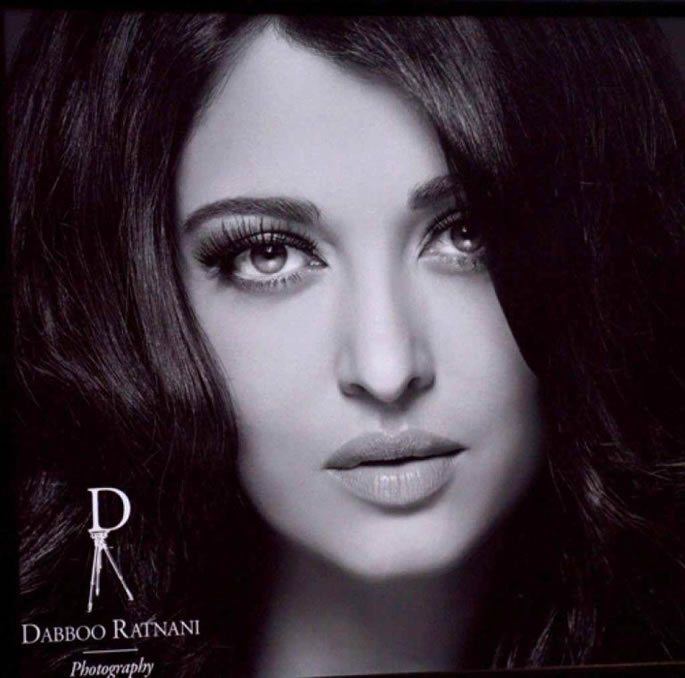 As expected, the queen of Bollywood royally slayed her shoot for the 2016 calendar.

Avid Aish fans would have recognised her ensemble from the 2015 stardust Awards, where she wore an enthralling Georges Hobeika Couture gown.

But the official released photo is a close up of the former Miss World.

Simple make-up, sleek hair, and an enchanting look pierces through the camera lens.

Aish captures our hearts with this shoot, and proves why she holds the title of the most beautiful woman in the world. 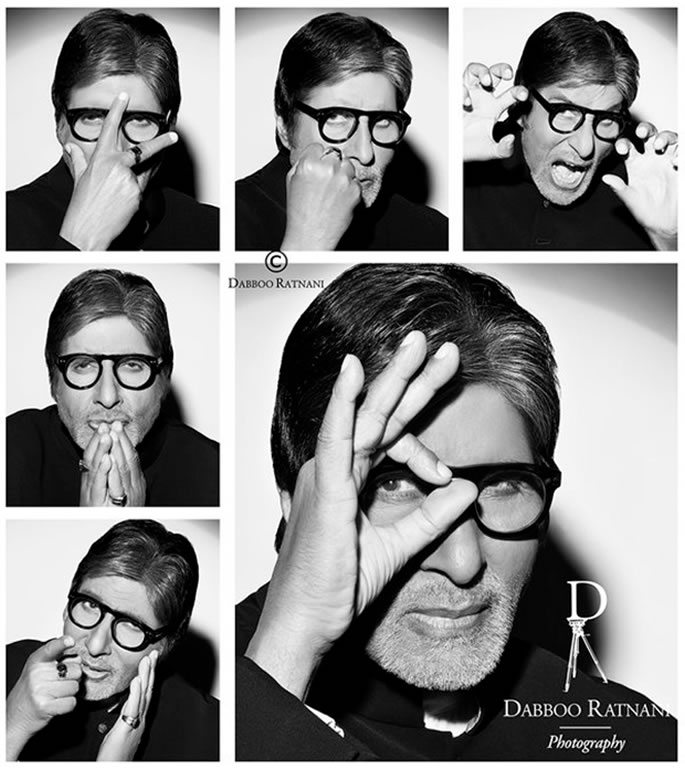 Dabboo was thrilled to have the one and only Amitabh star in his shoot, tweeting:

“Thank you Amit Uncle Amitabh Bachchan For Your Kind Words. It’s an Honour to Shoot With You For Dabboo Ratnani Calendar?”

The Bollywood patriarch shows us his many faces, from silly to serious.

This suave, silver fox strikes again, and we never doubted him for a second. 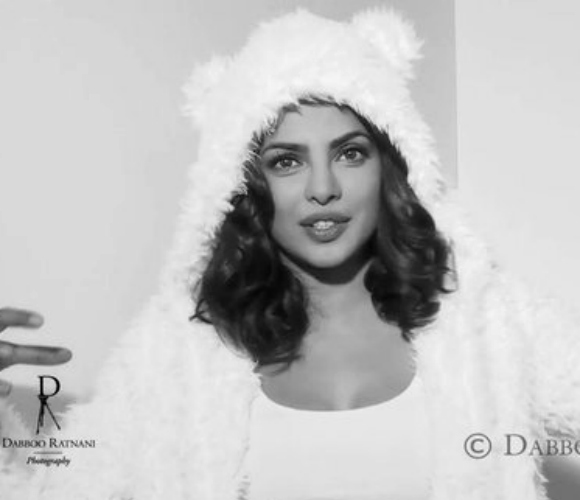 Quantico star, Priyanka Chopra has had skyrocketing success in 2015, which makes her appearance in the 2016 calendar even more exciting.

The Bollywood turned Hollywood beauty knows all too well how to slay a Dabboo Ratnani shoot, as she has appeared in several editions.

The star even joked about her frequent shoots with the Indian photographer, stating:

“Being on Dabboo’s calendar is more consistent than being in movies.” 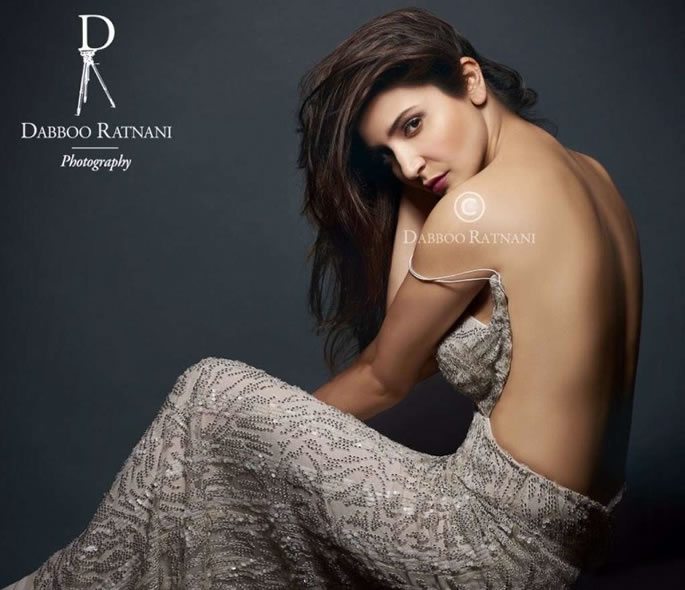 The sweet Bollywood beauty Anushka Sharma is portrayed in an amazing and elegant shot by Dabboo for the 2016 calendar.

She sits with her hair beautifully down giving a glinting and desirable look with the thin strap of her dress just dropping of her shoulder. Smokingly sexy indeed. 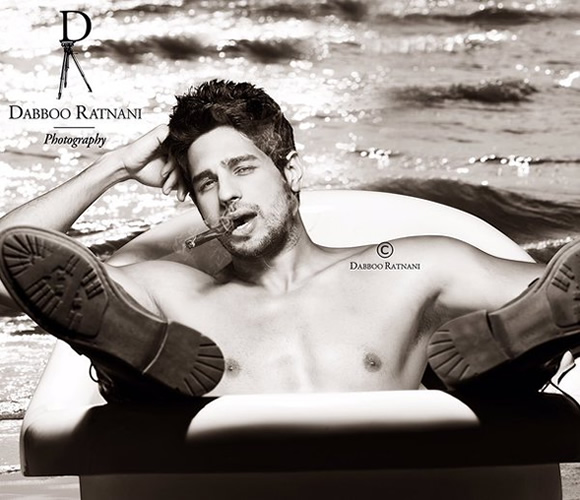 If you have ever wanted to see a half naked Sidharth Malhotra in a bath, then you’ve come to the right place.

The actor promised that this shoot would be saucily sexy, and he definitely did not disappoint.

Guaranteed to put on a show, Sidharth seduces everyone with his cheeky chappy persona, teasing us as he smokes a cigar.

This is the perfect amount of rough and rugged that we needed, and we can’t keep our eyes off him. 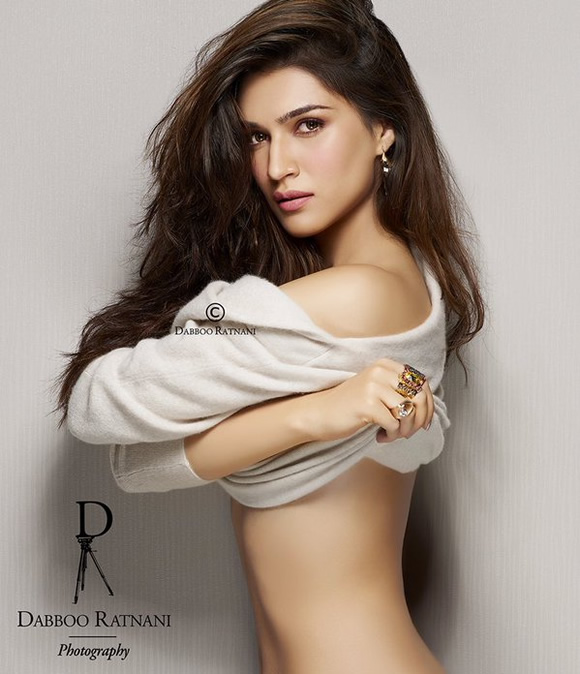 Whilst many celebs are now pros at posing for the Dabboo Ratnani calendar, others are new to the gig, Kriti Sanon being one of them.

The Dilwale (2015) actress tweeted her excitement at being a part of the biggest calendar shoot of the year, typing:

“It’s gonna be my debut on @DabbooRatnani ‘s calendar this year! #proudfeeling.”

And so she should. The star’s slim stomach protrudes through the soft grey jumper, leaving little to the imagination.

Looking flawless and comfortable in front of the camera, you would never have guessed that this was her first shoot. 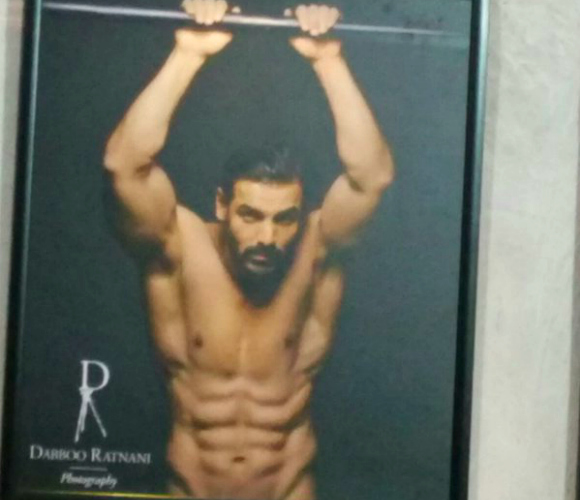 Another Dabboo Ratnani calendar shoot, another opportunity for John Abraham to flaunt his perfectly toned stomach to the world.

Not that we’re complaining, because this shot is one seriously hot look.

Hanging from a raised bar, John flexes his muscles as he extends himself against a plain black backdrop.

Mysterious, seductive, flawless. What more could we ask for? 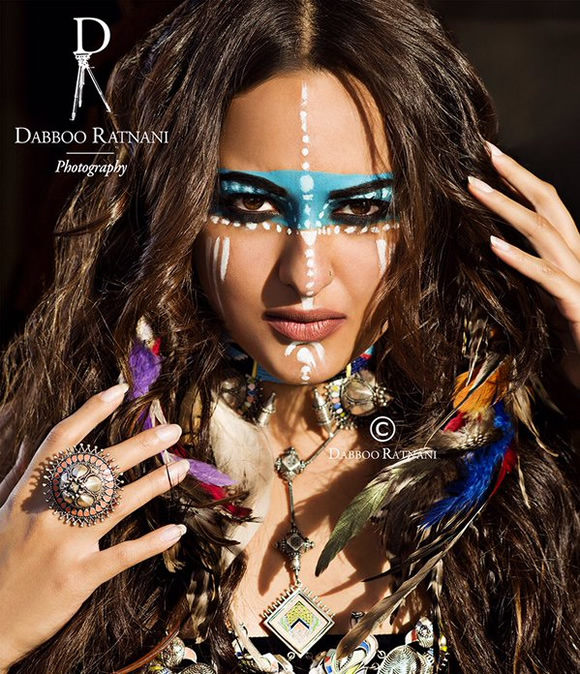 Sonakshi Sinha has certainly dared to be different in her shoot for the Dabboo Ratnani calendar.

Donning a tribal makeup look with vibrant colours, her mesmerising eyes take you into another world which draw you in. 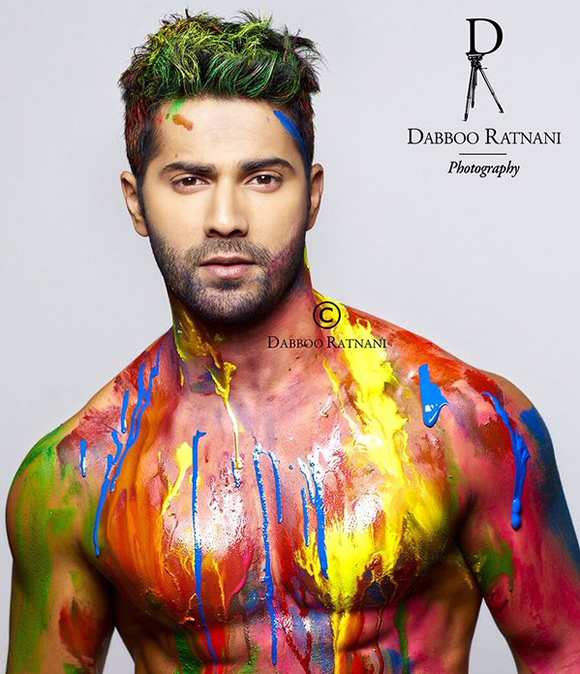 Bringing colour and life to the calendar is Bollywood heartthrob, Varun Dhawan.

The half naked star presented us with his chiseled abs, and a temptingly gorgeous glare that we simply cannot ignore.

This brightly coloured shot is definitely one of the more elaborate entries of this year’s calendar. 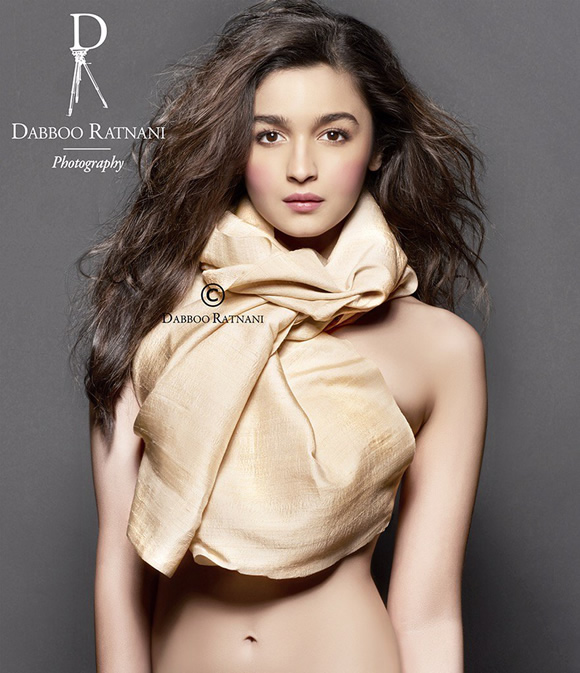 Shooting the yearly Dabboo Ratnani calendar comes easy to Alia Bhatt, who stuns us for yet another year with her playful, carefree pose.

Innocence is the key for this shoot: natural hair, nude make-up, and a minimalist beige top that wraps around Alia’s enviously perfect figure. 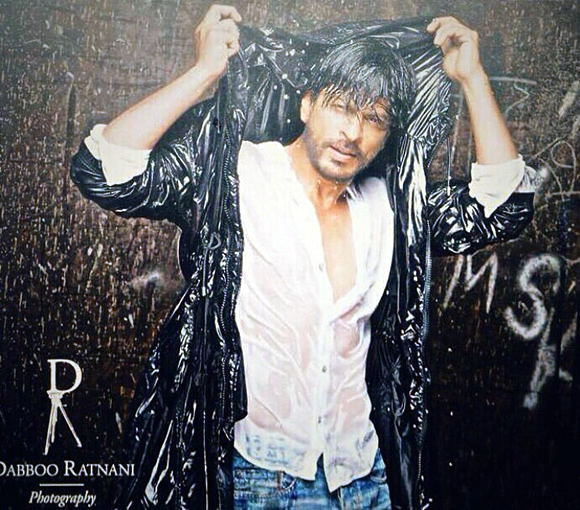 Shahrukh Khan sends pulses racing as he literally drips with sex appeal in this wet and wondrous shoot.

Wearing a white shirt paired with a black jacket, SRK is soaked through as he poses into the lense.

The talented star challenges all other celebs into possibly having the best shot of this calendar year. 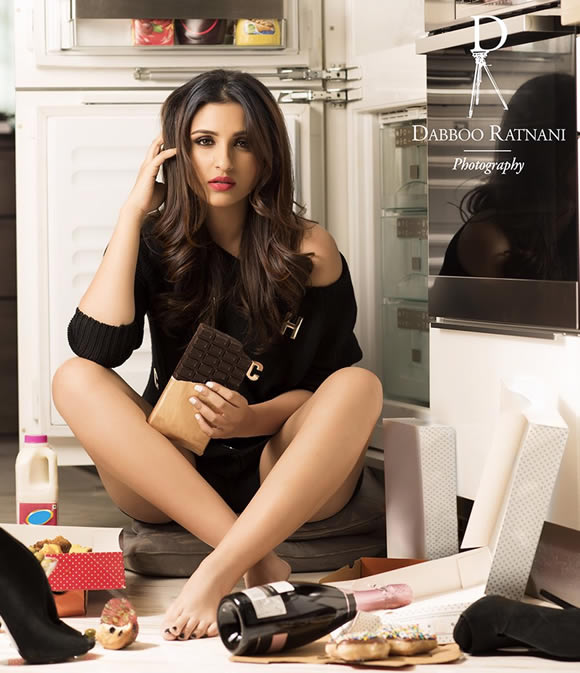 Parineeti Chopra has never been shy of giving that sensual appeal to her appearances on Dabboo Ratnani calendars and 2016 is no different.

The lovely look of her sitting in front of an opened fridge and surrounded by naughty goodies including donuts, cupcakes and an empty champagne bottle, sure gives the look of a girl who loves to party all night long! 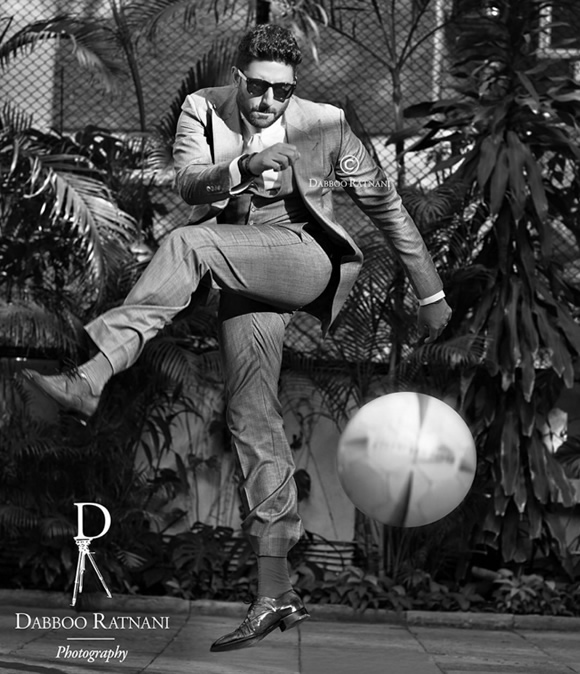 With Abhishek being a keen Chelsea FC fan, a shot with a football is the perfect look for the junior Bachchan.

Dapper in a smart suit, the black and white photo captures Abhishek’s perfect kick of both ball and motion in one. 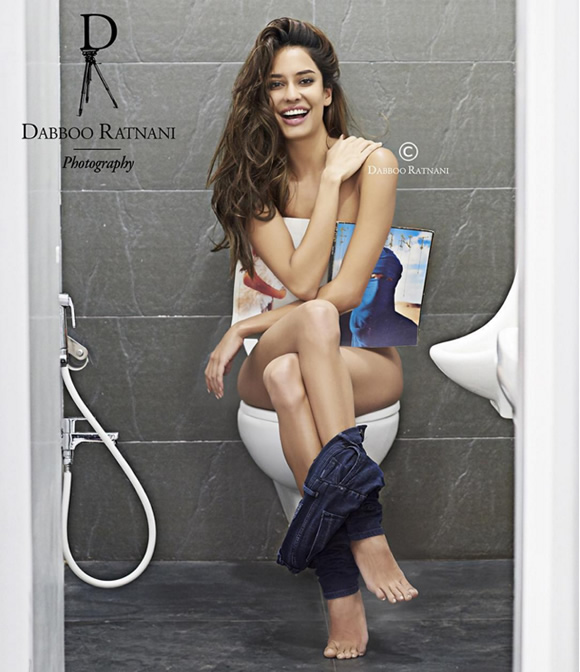 A cheeky and cunning shot of Lisa Haydon in the bathroom is exemplary of Dabboo Ratnani’s creativity when taking his photos for the calendar.

Lisa well-known for her role in Queen, does not seem to mind the invasion of her privacy on this occasion! 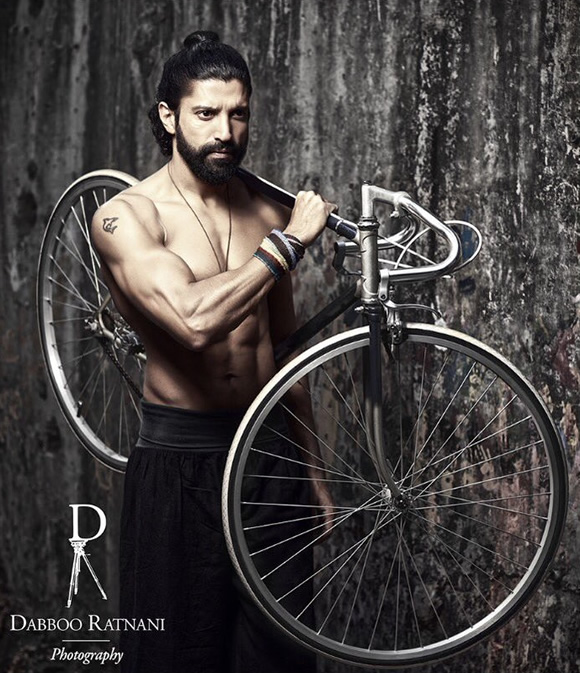 Super-fit Farhan Akhtar poses in his ‘Bhag Milkha Bhag’ look holding a bicycle on his lean muscular shoulders. The shot is a very deep and intense with Farhan looking very focused. 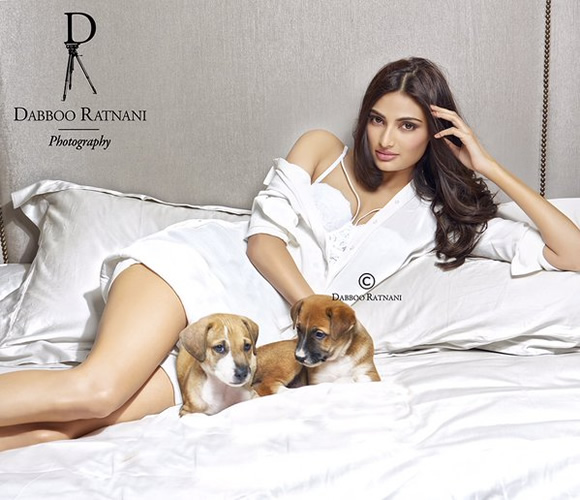 Athiya Shetty is a new face in Bollywood making her debut in Hero in 2015.

Being the daughter of Suniel Shetty, she has a huge reputation preceding her but for her calendar shot, she sure succeeds and gives us a very alluring and scintillating look lying on a bed with some very cute puppies. 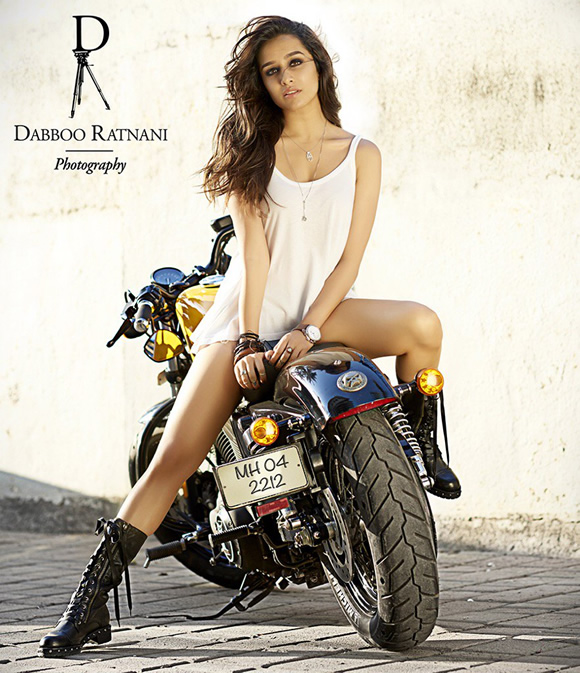 The raw sex appeal of Shraddha Kapoor is definitely brought out in Dabboo’s shot of her.

Sitting reverse on a motorbike giving that ‘hot chick’ look wearing a literally just a vest-top and boots sure makes Shraddha look very easy on the eye indeed.

Year after year, Dabboo Ratnani produces an all star calendar and unquestionably challenges all other photographers.

The biggest celebrities, the most outlandish backdrops, and the most exciting concepts – he never lets us down.

Images courtesy of Dabboo Ratnani Twitter and the respective stars.