Child Stars of Karan Johar Films ~ Where are they now?

In an exclusive interview with DESIblitz, Jibraan Khan and Malvika Raaj talk about their childhood acting experiences with Karan Johar.

"Getting into the industry, if you’re not an industry kid, isn’t that easy anymore."

The characters of Krish and Pooja, from Kabhi Khushi Kabhie Gham, were truly endearing. But as we know, fame at a young age can fizzle out quickly. Fortunately, this isn’t the case of our young and talented duo in Karan Johar movies.

“Mom, take a chill pill” and “Aye Laddoo. Tum Chandni Chowk Mein Entry Nahin Le Sakte.” Remember these Karan Johar dialogues? It has been over a decade and these lines still bring a smile to our faces. 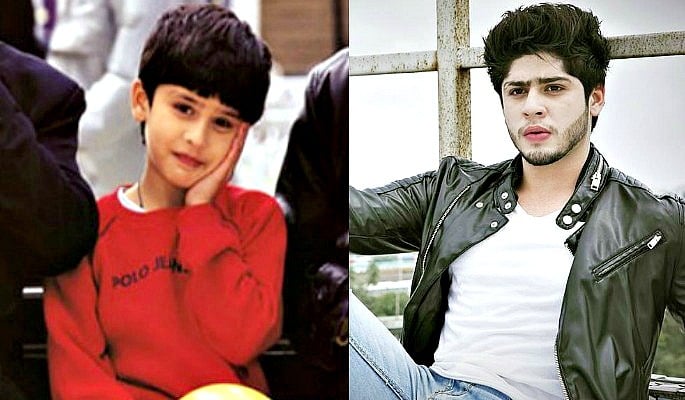 Everyone adored Krish from Kabhi Khushi Kabhie Gham. As an actor, what did you learn whilst being on set with legends like Amitabh Bachchan and Shahrukh Khan?

Well to start with, I feel really grateful that at such a young age I was able to work with the biggest actors of our country.

There was a lot to learn from each one of them as each one had a different craft to their own skill.

I was too young to gauge what was happening at that time, but what stayed in my head was Shahrukh sir’s spontaneity and improvisations to every scene.

Karan sir was also really enthusiastic about each scene.

I had this long dialogue with Kareena ma’am after the National anthem and I had a missing tooth, so I was wearing a cap and it kept falling as I said my dialogue.

We did a couple of takes and it was quite frustrating but each time he (Karan Johar) was so patient and sweet to me. This just shows his love for his actors.

Coming on to your dance career. What inspired you to become a Chief Dance instructor at Shiamak Davar’s academy?

Oh, what do I say about dance? (smiles). I started off when I was 6 or 7. I was a student and remember watching the instructors dance towards the end of each show.

The amount of love, respect and attentions those guys got, it was like, “these guys are so cool.” So, I just told myself one day – “Jibraan, you just have to be one (an instructor) someday.” I really worked for it and it wasn’t easy. I was rejected a lot of times by Shiamak.

How supportive has Shiamak been throughout your journey?

Shiamak is one of the greatest and most motivating people you will ever meet in this world, I can say this in my sleep. He has always supported everyone who’s chosen an alternative career.

Everyone’s understanding: Marzi, Aneesha, Glen, Alene – these people are always so encouraging and supportive. I guess this only comes from Shiamak.

The best part about him is that he’s a kingmaker, which is greater than being a king. He lets people grow which is the best quality a student can want from his Guru.

Whatever confidence or personality I have developed today is all because of the beautiful time I’ve spent dancing and teaching at SDI!

In terms of future projects, Jibraan will be assisting on a movie and should be making his big Bollywood launch soon. 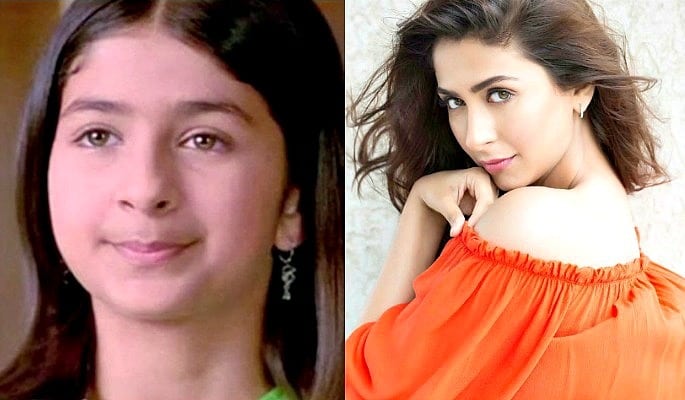 Your role as the young Pooja in Kabhie Khushi Kabhi Gham is truly unforgettable. How were you selected for this Karan Johar classic?

So, I was in school standing in a line to go for my PT class and Karan sir’s Assistant Soham came up to me asked me for my name and number.

At first I was like, “why do you want it?” he said, “the principal wants it.” I was scared thinking ‘now what have I done’ (as I was a notorious child).

Then, I got a call from Dharma Productions. I auditioned for the part and was selected over some 400-500 girls all over India.

Malvika, receiving fame at such a young age can be quite overwhelming. How should one deal with this stardom?

Post K3G, I became very popular in my school and I would lie if I say I didn’t enjoy the attention.

But honestly, I believe one should be grounded and concentrate on your work more than believing you’re a star.

Working towards my goals have always been my priority.

Since K3G, there hasn’t been much buzz about you in the media. What have you been up to? Will you be returning in films anytime soon?

You can blame my dad for that (laughs).

Post K3G I got a lot of offers as a child artist but dad wanted me to complete my education and then do whatever I want. So I started modelling post my Junior college.

As for films, my training was always on. Currently, I’ve signed a south film and the shooting is going on. As for Bollywood, I shall soon give you the good news.

Finally, it isn’t easy to break through the industry. What advice would you give to budding actors and models?

Getting into the industry, if you’re not an industry kid, isn’t that easy anymore. But I believe if you’re destined for something, you’ll anyhow get it.

Obviously, nothing comes easy, but you have to be hard-working and disciplined to achieve your ambition.

DESIblitz wishes Jibraan Khan and Malvika Raaj all the very best for their upcoming projects. We are certain that their talent will shine bright and light up the Indian film industry!