A businessman from Manchester has reportedly launched a world-first. He believes he has created the world’s first halal cat food.

"a first mover in halal-friendly meals."

Manchester-based businessman Pankaj Hurria has launched what he believes is the world’s first halal cat food.

His company, Tiana, is targeted at the 500,000 Muslim cat owners in the UK, who are said to be spending “inordinate amounts of time and money tracking down appropriate, fish-themed brands or making home-cooked recipes with appropriate human-grade ingredients”.

Pankaj explained that the idea for the niche cat food was initially sparked by a throwaway comment by his friend’s mother who said:

“When would the pet food sector would wake up to the ‘halal-friendly’ opportunity?”

He then carried out research with his friend Umar.

Pankaj then launched a 4-week teaser campaign. It has now launched in September 2021.

In August 2021, Tiana had said it was in advanced talks with some of the UK’s biggest pet food shops, having sold trial packs of chicken, fish and goat for £7.

“It is bizarre – it’s the first time I’ve heard of it.

“To my knowledge, there is no such teaching that you have to feed your pets halal food.

“It may be a preference of pet owners but there is no religious requirement.”

“It could be big business. They could rake it in.” 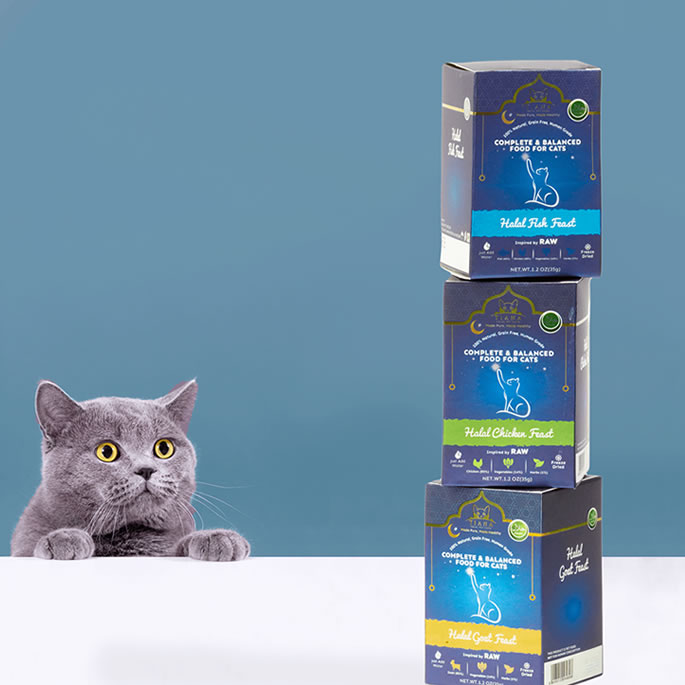 Pankaj had said: “There is definitely a gap in the market, particularly for professional, millennial Muslim women who don’t have the time to make their own halal cat food.”

The new business venture is now a hit among Muslim cat owners.

“The subscription model makes it so much easier than having to go to the shops all the time.”

Pankaj added: “I’ve always known that when I made the transition to brand owner my brand needed to embrace sustainable, planet-friendly thinking.

“Which is why the three-strong range utilises state-of-the-art freeze-drying over nutrient-sapping heat pasteurisation.

“The removal of 70% moisture means that transport/storage costs are dramatically slashed, because adding water at source makes so much sense.”

Dhiren is a journalism graduate with a passion for gaming, watching films and sports. He also enjoys cooking from time to time. His motto is to “Live life one day at a time.”
Indian Wife beats Husband with Metal Rod for not Liking Food
Married Father conned Woman out of £47k on Dating Site