“We all deserve a Shah Rukh Khan in our lives.”

Charithra Chandran, along with Nicola Coughlan, reacted to popular romantic scenes from some of the biggest Bollywood blockbusters.

The two were blown away by how romantic Shah Rukh Khan was on screen.

As the video opens with Charithra and Nicola, the former says:

“There’s one thing that matches the romance and yearning in Bridgerton and that’s Bollywood.”

She went on to tell Nicola all about those scenes and films as the two watched a few clips together.

As Deepika Padukone and Ranbir Kapoor kissed each other on screen, Nicola said “Awwww.”

“I love that it’s the woman making the romantic gesture on the bike.

“She looks so glam on a bike, if that was me even filming, it’d be like… yeah,” with both of them showing a terrified expression.

They go on to watch a rain scene from Kuch Kuch Hota Hai when Kajol gets drenched and is seen drying her hair with Shah Rukh Khan looking at her.

Both Nicola and Charithra confessed they couldn’t have shot such a scene.

As Charithra explained to Nicola that the male actor is Shah Rukh Khan, she reacted, “I have heard that name!”

The two then watched Sushmita Sen’s entry scene in Main Hoon Na, with Charithra calling it a very “iconic scene”.

She told Nicola how Sushmita was the Miss Universe and Shah Rukh’s gesture of extending his hands was his most famous pose.

After watching the scenes, Charithra Chandran said, “We all deserve a Shah Rukh Khan in our lives.”

Nicola added, “I will never be over these. Major.”

Created by Chris Van Dusen and produced by Shonda Rhimes, Bridgerton revolves around Regency-era London’s ton during the season, when debutantes are presented at court to seek out a life partner.

The Netflix series is based on books written by author Julia Quinn.

The show has had two seasons now, while the first was an instant hit, the second instalment has gotten a mixed response from the audience and critics. 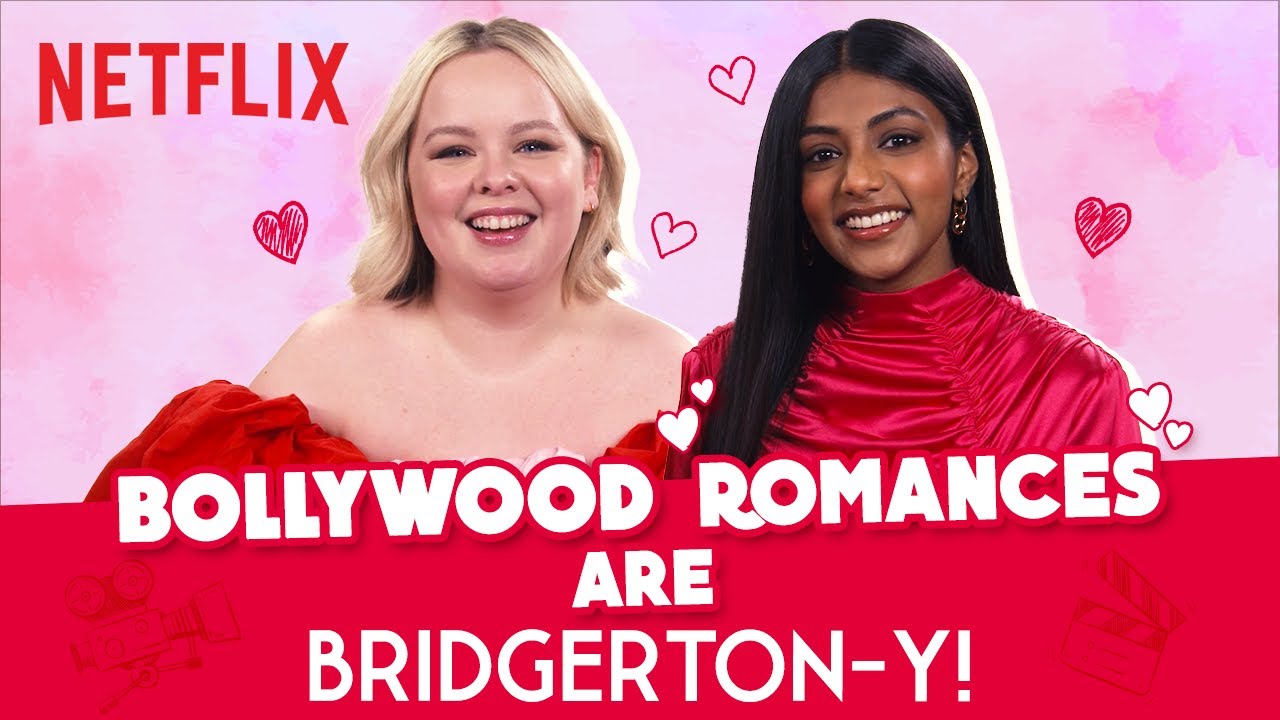 Ravinder is a Journalism BA graduate. She has a strong passion for all things fashion, beauty, and lifestyle. She also likes to watch films, read books and travel.
Varun Dhawan & Janhvi Kapoor come together for ‘Bawaal’
Somy Ali threatens to Expose ‘Harvey Weinstein of Bollywood’