Bollywood Stars Then and Now

Bollywood stars are adored for their looks and their style. But there was a time when these stylish icons were almost unrecognisable.

The Bollywood stars lighting up the screen are more often than not beloved faces that we have cherished for years.

Acclaimed stars who have earned a loyal fan following have achieved this through consistent hits. Some of them are fashion icons whereas others are dancing legends. Whatever their unique talents, these celebrities are cherished.

However, though now they may be polished, chiselled and styled, we often forget what they first looked like when they arrived on the film scene. Or in the case of some of the more rugged and mature Bollywood stars, we forget their once youthful innocence.

DESIblitz takes you on a trip down memory lane and shows you what some of the biggest Bollywood stars used to look like compared to what they look like now. 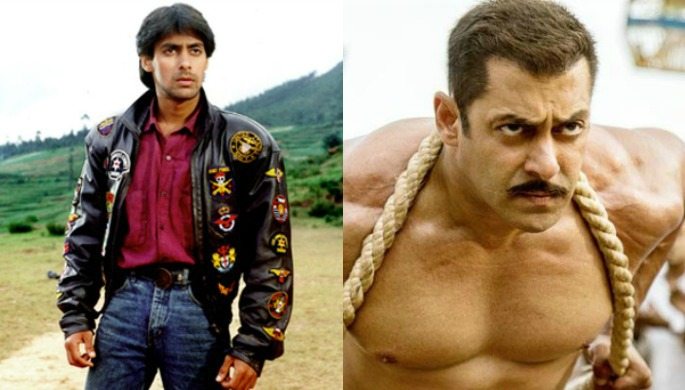 We often associate the terms six pack and muscles when we hear the name, Salman Khan. It seems hard to believe that there was once a time when he was a slender young boy. Rewind back to the 1980s in his lead debut Maine Pyar Kiya (1989), Salman looks unrecognisable.

Other than his big eyes and natural charisma, his physique is completely different. Not the bulky gym junkie who we know now, Salman’s younger pictures show a handsome and slender young man. 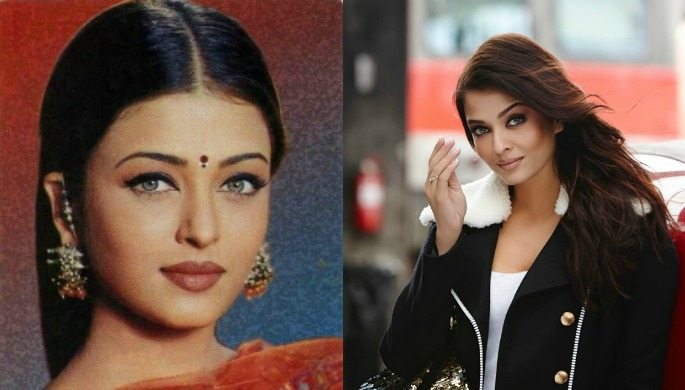 If there is one thing for sure, it’s that Aishwarya Rai Bachchan has always been beautiful. Better yet, Aishwarya continues to age gracefully.

But back when she starred in Hum Dil De Chuke Sanam (1999), a bright-eyed Aishwarya has a petite youthful frame. However, even when time has passed, this now mother still looks ravishing. Her dazzling smile worked its magic in Ae Dil Hai Mushkil (2016). 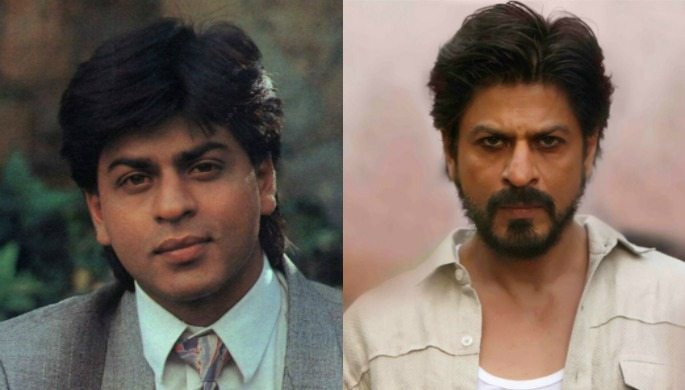 Whilst we are seeing this superstar sporting a beard in recent years, back in 1994 Shahrukh was a clean-shaven young man. Fresh faced with deep dimples, it was Shahrukh’s sweet and innocent looks that won his audience.

Over the years, Shahrukh has impressively maintained his very lean physique but has also begun experimenting with his style. Rocking both Desi and English attire, he is often one of the best-dressed men in India. 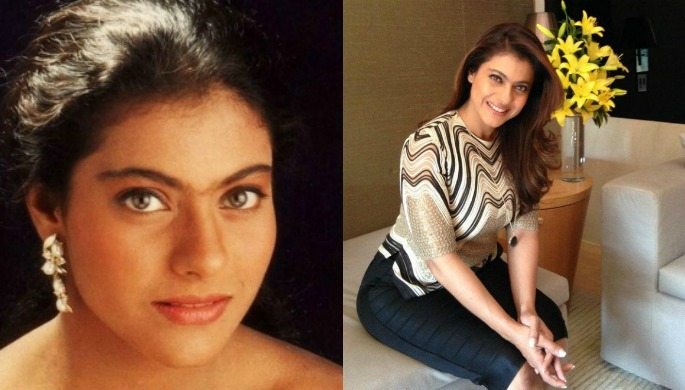 This dusky beauty never was one for making fashion statements. Back in the beginning of her career, Kajol often had naturally wavy hair and a very casual clothing style.

It was only in recent years that this woman has bloomed in her fashion sense. Trying out different styles, whether it be hair do’s or makeup, this star has surely got better with age. But one defining feature of Kajol’s that has remained throughout her career is her iconic unibrow. 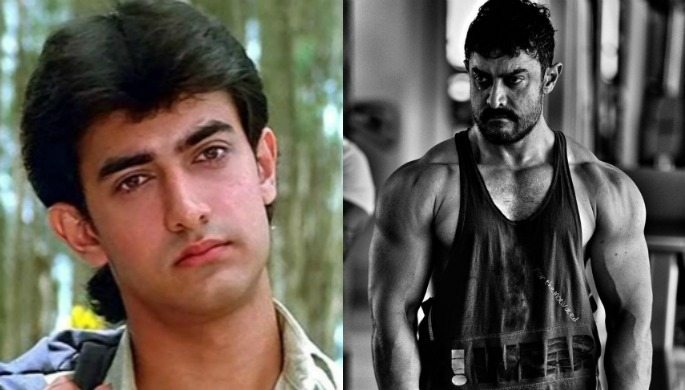 Both overweight and incredibly toned and muscular in Dangal (2017), Aamir Khan is not shy of challenging his body. Over the years we have seen him change his appearance, from shaving his hair off to getting an eight pack.

Looking ferocious in Dangal, it feels nostalgic to look back at a very cute Aamir from his days in Qayamat se Qayamat Tak (1988). His big bouncy hair, fair skin and cute smile were what made him a teenage heartthrob in the 1990s. 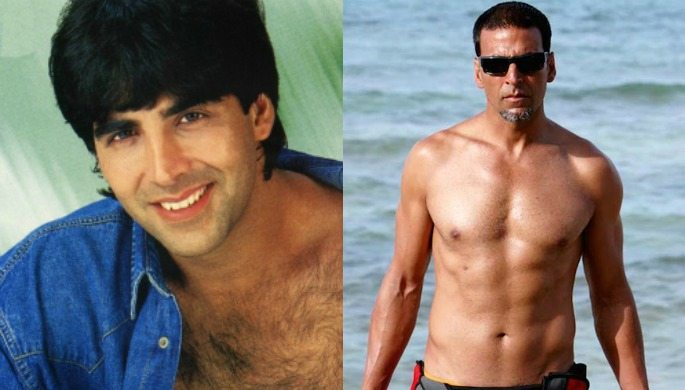 The Khiladi of Bollywood is renowned for his macho demeanour and killer martial arts skills. But he is undoubtedly one of the most changed stars in B-Town.

Where Akshay once flaunted long floppy hair and a chest full of hair, he now has a clean chest and cropped hairstyle. No longer just an action hero, Akshay is a stylish and suave male star.

Dabbling in fashion shows and dressing in sharp suits, Akshay’s transformation is impressive! 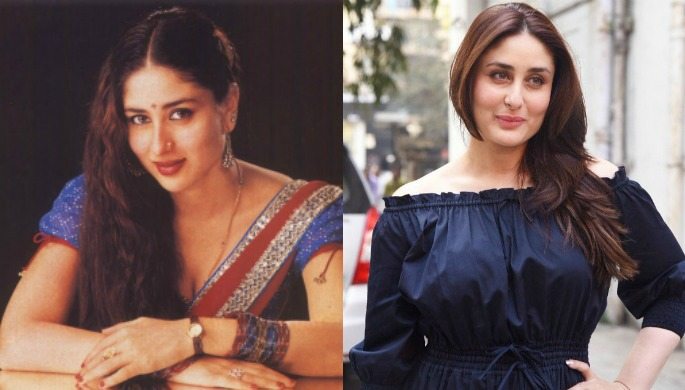 Bollywood diva Bebo walked into the industry with the confidence of a star. Storming into Bollywood, the plump and youthful Kareena got our attention straight away.

Now on top of her game after working in smash hit films, married to superstar Saif Ali Khan and a new mother, she still looks ravishing. This style icon is one of Manish Malhotra’s favourites and is one of India’s most desirable stars. 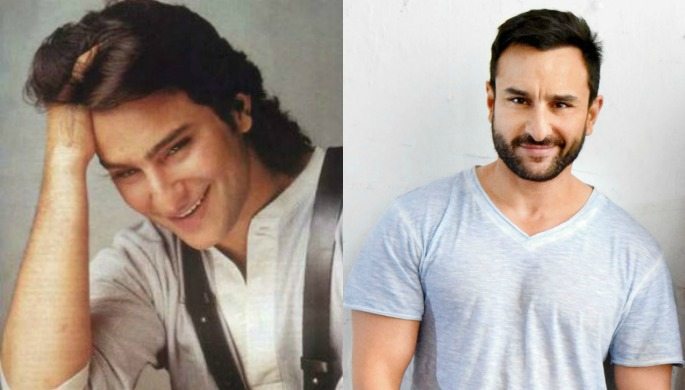 If anything says the 90s it’s the long hair and oversized shirts. Both things that Saif Ali Khan rocked in the early days of his career. His silky locks and sweet smile were what gave him his cute boyish charm.

Now, this Nawab goes for either short hair or a slicked back suave hairstyle. Drastically improving his sense of style, Saif has rebranded himself from the ‘Anari’ to the desirable husband of Kareena Kapoor. 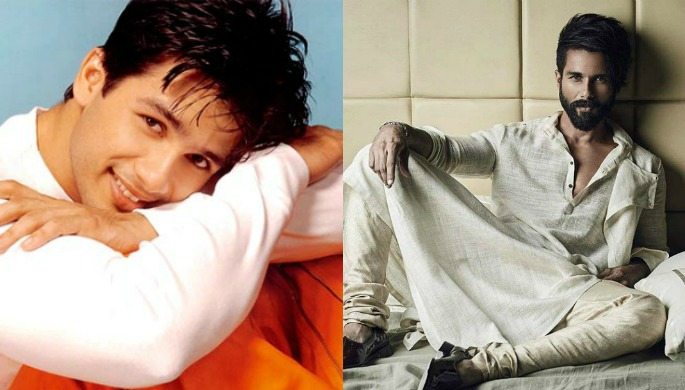 Undeniably one of the cutest male stars in the business is Shahid Kapoor. When he burst onto the screen in the early 2000s, girls swooned over his sweet smile. Full of energy this dancing sensation was a heartthrob.

Over a decade onwards, Shahid has become a mature hunk. Rocking long hair and a beard in Udta Punjab (2016) or a moustache in upcoming film Rangoon, he is still wowing his audience with his looks. 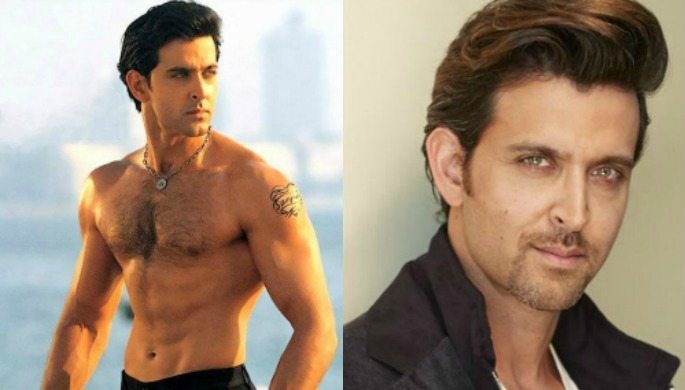 With his Greek god-like looks and impeccable style  Hrithik is a true star. Sizzling on screen and on magazine covers, this light-eyed hunk is a Bollywood favourite.

Though his looks have always been his selling point, he sure has added some styling to his killer look. Now donning brown hair with blonde highlights compared to his former black hair, Hrithik looks even more exotic. Bulking up even more as time goes by, this star has chiselled his way to perfection.

Bollywood’s most desirable stars have more often than not transformed over the years. Whether it’s reinventing their style, changing their hair or their bodies, these Bollywood stars are always changing.

What many of these stars have shown, is that age is just a number. Dedicated to their fitness and always dressed to impress, these mature artists still look flawless.

More significantly, where some had a questionable fashion sense in their youth, it’s in their older years that these Bollywood stars have improved.

Momena is a Politics and International Relations student who loves music, reading and art. She enjoys travelling, spending time with her family and all things Bollywood! Her motto is: “Life is better when you're laughing.”
12 Best Movies of Badshah Shahrukh Khan
Kangana Ranaut walks all over Karan Johar like a Boss