Lollywood’s recent release, Bin Roye, has captured the hearts of audiences. We hope that this hit will help revitalise Pakistan’s long-dormant film industry.

The Pakistani film industry is hoping that this film will be revolutionary.

Bin Roye has been a long-awaited release for the festive season, and was adapted from popular novel ‘Bin Roye Aansoo’.

The director duo, Shazad Kashmiri and Momina Durai, are ecstatic now that the film has been declared a hit.

Even better, critics and audiences are claiming that it could become a milestone that will help to reshape and rebuild Lollywood.

Bin Roye is the first Pakistani film to get an international premiere, and it has welcomed fantastic reviews from critics and audiences.

It was rated an impressive 7.6 on IMDB, and given 78% on Rotten tomatoes – both of which are renowned and trusted websites.

The Romantic-Drama picked up on the second day of Eid. It recorded a 45 per cent increase by earning Rs 8 million.

Sources revealed that the complete, total box-office collection for the film was an astounding Rs 20 million. Cinemas around the country also commented that most of the screenings were as packed as houses.

Altogether, the film cost producers 35 million Pakistan rupees, which makes it one of the most expensive Pakistani films on record.

Due to its popularity and opulence, Bin Roye is being described as a game-changer for Pakistani’s film Industry, which has been unable to rejuvenate itself for many years.

The once-thriving cinema of Pakistan suddenly collapsed in the late 1970s when Muhammad Zia-ul-Haq assumed the Presidency office of Pakistan.

His new set of registration laws required that Pakistani film makers had to have degrees.

As a result, many cinemas around the country closed. By the 1990s, film production decreased to as little as 40 films per year, and this worsened over time.

Pakistani Journalist, Nadeem F. Paracha, commented in the Dawn Newspaper that “By the early 2000s, an industry that once produced an average of 80 films annually was now struggling to even churn out more than two films a year.” 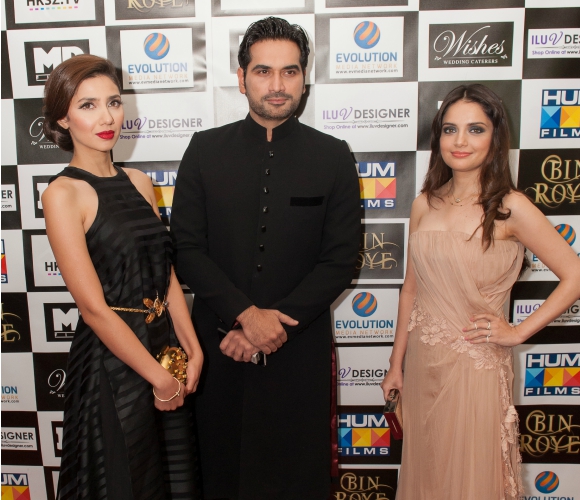 Nonetheless, the Pakistani film industry is hoping that this film will be revolutionary in reforming the state of Lollywood.

Bin Roye is currently being celebrated for creating a foundation upon which the Pakistani film industry can (hopefully) expand and revive itself.

The plot follows the sad, twisted love triangle of Saba, Irtiza and Saman. Saba (Played by Mahira Khan) is madly in love with her cousin, Irtiza (Played by Humayun Saeed).

However, after dropping hint after hint, Irtiza fails to recognise his cousin’s feelings towards him. Unfortunately, he continues to see her just as a close friend.

After embarking on a short trip to the US, Irtiza meets the beautiful Saman (Played by Armeena Rana Khan), and instantly falls head over heels for her.

Once the couple arrive back to Pakistan, Saman and Irtiza decide to quickly tie the knot. Meanwhile, Saba’s feelings for Irtiza remain unrequited. 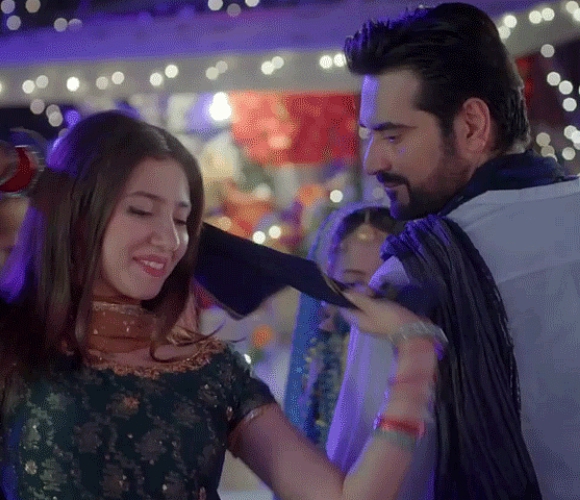 In an unpredictable and clever turn of events, Saman turns out to be Saba’s sister.

Through familial love and dedication, Saba has no choice but to disregard her undying love for Irtiza.

Instead, she must endure the destruction of her own hopes and dreams, as she witnesses Saman and Irtiza embark upon married life together.

But will Irtiza realise Sabas love for him? If so, who will Irtiza choose? And what consequences will this have upon their relationships with each other? 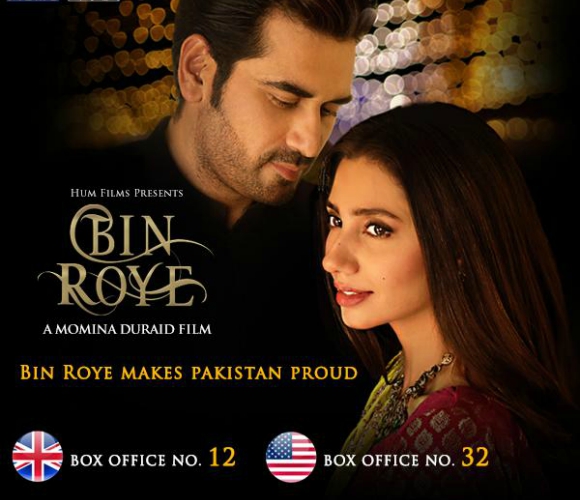 With Bin Roye having two directors, naturally, one may expect that the film could become a series of confusing and jarring scenes.

However, in a recent interview, Shazad Kashmiri explains how Momina Durai came on board, and how he believes the film will have a perfect fluidity to it.

He stated: “At no point, the audience would feel that more than one director has worked on it. That’s the beauty of it.”

Kashmiri also commented on working with the actors: “I’ve previously worked alongside Momina on many projects. Even with Humayun Saeed and Mahira Khan. We share a brilliant relationship.

“I know Mahira from Humsafar, for which I was a director of photography. I’ve also worked extensively with Humayun throughout my career”.

However, perhaps the main buzz circling the movie is regarding it’s leading lady, Mahira Khan.

Debuting in Bollywood, the popular Lollywood actress has previously had her share of hits in Pakistan. 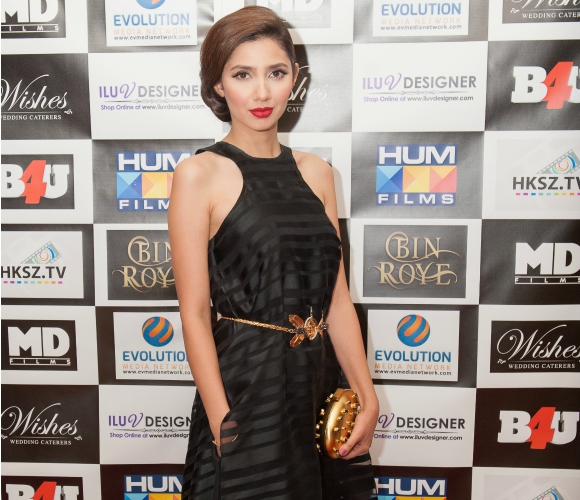 Bollywood was a huge platform for Mahira to gain recognition. She gathered rave reviews and attended various Film Festivals around the world.

After featuring in hit TV shows such as Humsafar alongside the handsome Fawad Khan, over the years she has gathered a large fan base.

By the looks of things, this film will only serve to enhance her popularity.

The success, the budget and worldwide release dates of Bin Roye represents the expansion of Lollywood internationally. It is a promising and hopeful foundation for the Pakistan film industry.

Pakistan has seen an increase in their films being showcased in international film festivals. For example, Cannes 2015 showcased three Pakistani films.

This reflects the growing interest of international industries into the Pakistani market.

We hope that the Pakistani film industry can revive itself, and this film is a promising start! Bin Roye was released in Pakistan on July 18th, so make sure you don’t miss out on this fabulous hit!