India’s beverage industry is huge but craft beers are quickly growing in popularity. Here are some of the best ones to try.

a craft beer that is taking the country by storm

Ever since the British introduced beer to India, it is fast becoming one of the most widespread alcoholic drinks in the country, including craft beers.

India’s beer industry is rapidly growing with an annual growth of over 10%.

Mainstream brands like Kingfisher will always be popular, however, craft beers are beginning to attract attention.

Such breweries are generally perceived and marketed as having an emphasis on enthusiasm, new flavours, and varied brewing techniques.

All over India, craft beer is being produced and some have even been exported to other countries.

There are several Indian craft beers, some well known and some not recognised as much. But at least one is bound to suit your taste.

Here are a few Indian craft beer brands you need to try. 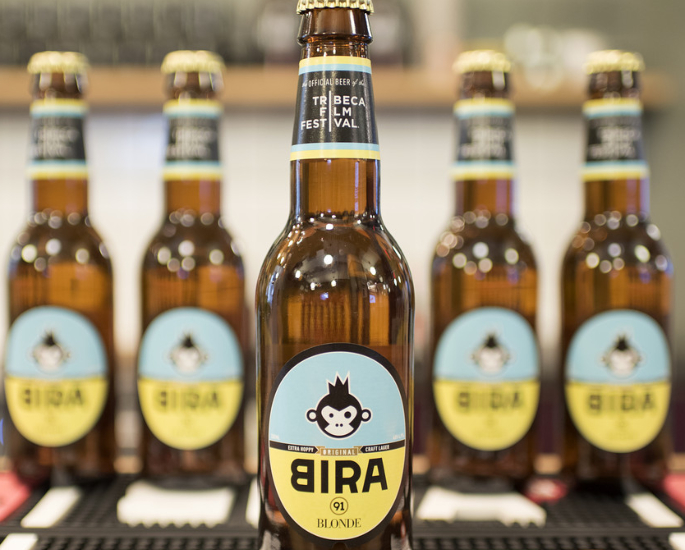 Bira 91 is one of India’s newest beer brands, having been introduced in 2015.

It is a craft beer that is taking the country by storm and quickly becoming a hit among beer-lovers.

In many city bars, Bira 91 is the highest-selling premium beer.

The brand has European influences when the beers were created to suit the Indian palate. It originated in Belgium but after initial success, it was manufactured in India.

The two main beer varieties from Bira 91 are the White Ale and Blonde.

White Ale is a wheat beer that has hardly any bitterness but has a slightly spicy citrus flavour for an extra kick.

Blonde is more full-bodied with extra hops and a more malty flavour.

To appeal to the Indian market, the company created strong and light beers. The strong beer has a more intense flavour whereas Light is lightly carbonated and has less alcohol. 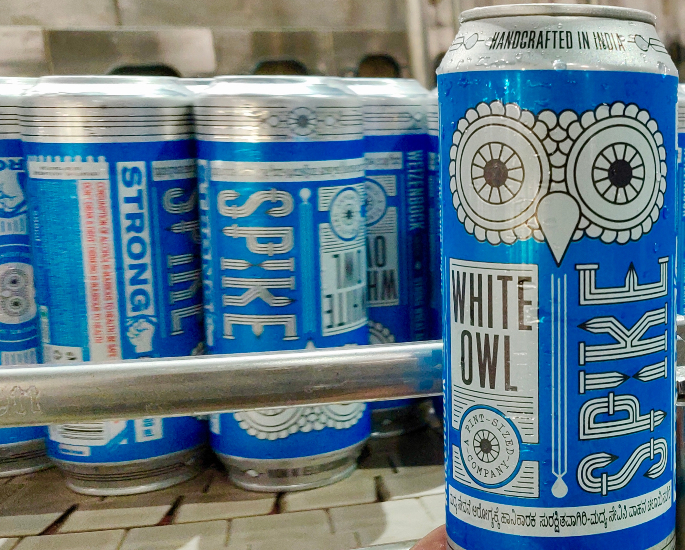 It is brewed using German Purity Standards and brings together the worlds of craft and strong beer.

Despite the high alcohol content (7.9% ABV), it is incredibly smooth and flavourful with subtle hints of banana and clove.

The brand introduced Spike as a means of breaking an age-old perception around strong beer in India where consumption has historically been driven for higher alcohol content rather than flavour and taste profile.

As a result, consumers can enjoy a strong craft beer that offers the high quality and flavour profile of its mild craft beer counterparts.

This is something that is more common across Western Europe and North America. 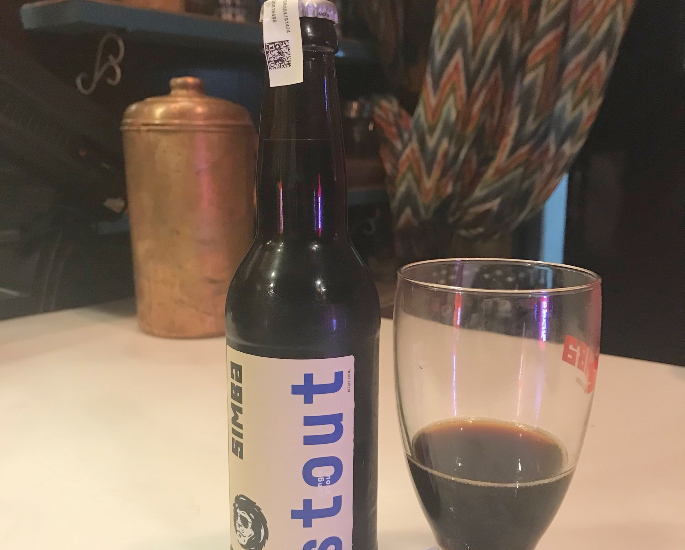 Simba Stout is part of the craft beer brand Simba, a brand that was established in 2015 as a means of creating beers that were authentic and flavourful.

With 5% ABV, this stout has a deep ebony colour and a voluptuous mahogany head.

It stays true to the signature stout style with its creamy texture and boasts bold flavours of espresso, as well as toffee and dark chocolate.

Harsh Batra is the vice president of EthosData and is a big fan of Simba Stout. He said:

“I’m hooked to the stout, it is so flavourful, I love the hints of espresso and cacao.”

“And it is creamy. So creamy.”

For those looking for an authentic craft stout, this is the one to go for. 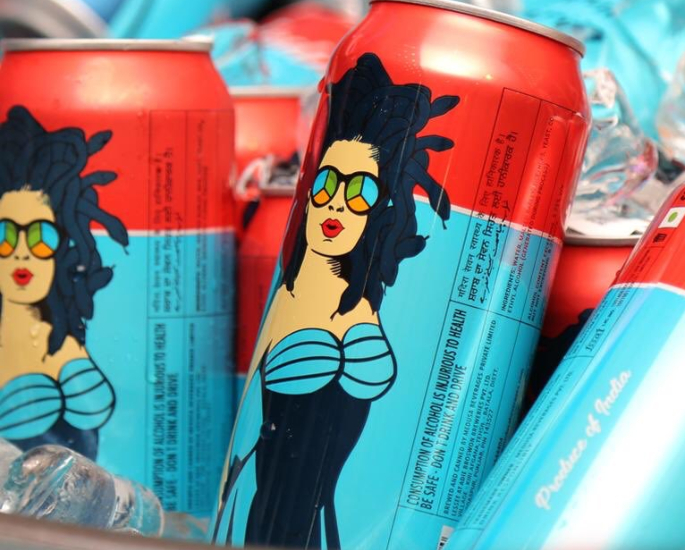 Medusa is a craft beer brand that is catered towards the younger market.

It was founded by Avneet Singh in 2017 after starting a food and drinks cafe. He realised there needed to be a beer brand that was targeted at a younger demographic.

Since first launching in Delhi, it is now available in Punjab, Uttar Pradesh and Chhattisgarh.

According to Avneet, the company has an in-house team of brewmasters who researched for almost a year and came up with the recipe.

He said: “Our beer is a combination of the best barley malt and imported hops from Germany.”

The craft beers Medusa focuses on are wheat and lager. It looks to expand in the future.

Avneet added: “We are planning to expand to five cities this year and will aim at a pan-India presence.

“We are coming up with different variants of the product as well.” 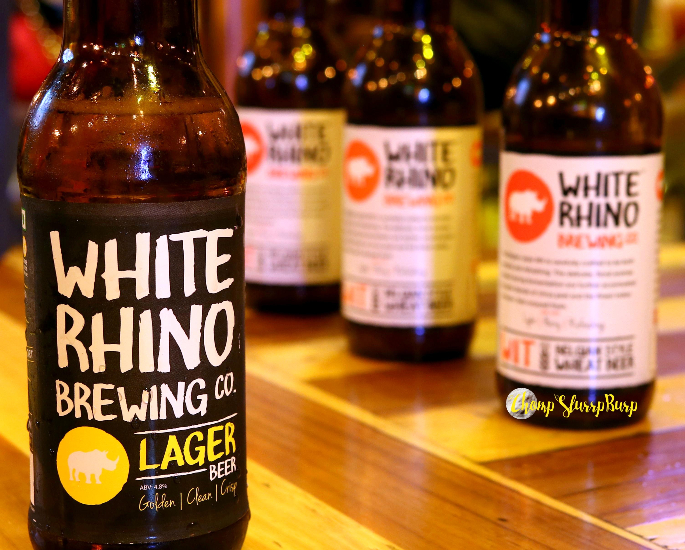 It was founded by Ishaan Puri in 2016 with the aim of bringing both quality and variety to the Indian beer market.

It was the first craft beer to be brewed and bottled in India and the brewery began with a lager and a Belgian style wit.

The lager is brewed with 100% two-row pilsner malt alongside a variety of ‘noble’ hops before it is matured for a month.

This is part of the brewery’s efforts to introduce beer drinkers to the simplicity and elegance of a lager brewed with authentic ingredients.

This particular craft beer has a pale yellow-gold colour with a thin white head.

It has a slightly bitter taste and has aromas of cooked corn.

This beer has popularity outside India as the company partnered with James Clay, a West Yorkshire-based British beer distribution firm in 2018.

This is so White Rhino could export its products to the United Kingdom. 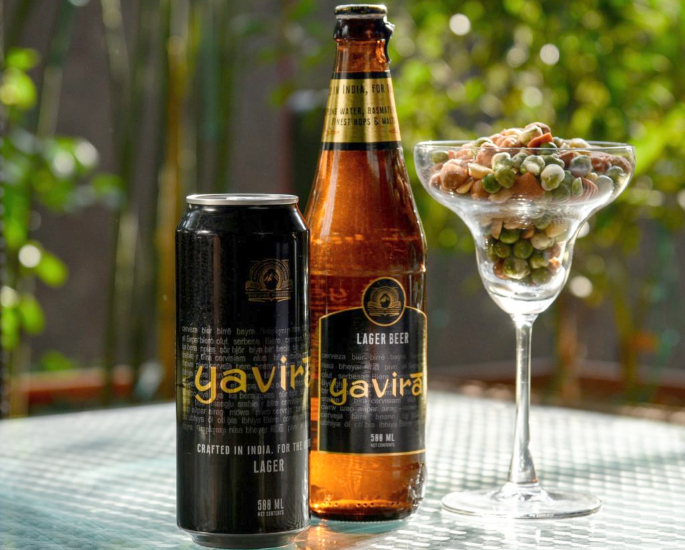 Yavira is derived from the Sanskrit word for beer and each ingredient is handpicked from local farms.

From the master barley which forms the base to the inclusion of Basmati rice which gives its smooth characteristic.

Aromatic hops and pristine waters also come together to make for a seamless sip.

The intention was to create a balanced beverage that was crisp yet creamy, aromatic and fruity yet malty and hoppy.

Yavira is a craft beer that promises a smooth, lasting taste.

It is a versatile beer in every sense, which not only makes for a good sip by itself but also works extremely well when placed beside most dishes, especially something that ups the spice quotient.

The Basmati rice gives the drink a softer, but generous mouthfeel without compromising the crispiness.

Not only does it help contain the spices but it also provides a clean reset to the palate.

These Indian craft beers continue to grow in popularity among drinkers.

All have a range of flavours and aromas to entice the senses.

As some of them are available outside of India, they are easier to get a hold of.

So, if you are looking to try something new, try these beverages out and see what you think.

Dhiren is a journalism graduate with a passion for gaming, watching films and sports. He also enjoys cooking from time to time. His motto is to “Live life one day at a time.”
Adding Oats into a Diet Plan for a Healthier Lifestyle
5 Indian Food Tips to Help Type 2 Diabetes