Untranslatable into English, these Hindi words truly celebrate and captivate the beauty of India’s unique culture.

"The beauty of this word lies in its multiple meanings"

Hindi is an extremely popular language, being the fourth most spoken language in the world.

Although, the historical foundations of some Hindi words are yet to be explored.

Hindi is a direct descendant of Sanskrit, one of the oldest languages in the world. It also incorporates elements of Persian, English, and Arabic.

It comes as no surprise, then, that Hindi words have a depth of meaning that many English translations fail to capture.

Simply flipping through a Hindi dictionary can uncover a vast reservoir of knowledge about the nation’s distinct customs, values, and heritage.

From the country’s extraordinarily varied climate to its complex rituals and enchanting music, we bring for you Hindi words that celebrate the rare beauty of a culture and language unique to India.

“The hot wind of summer” 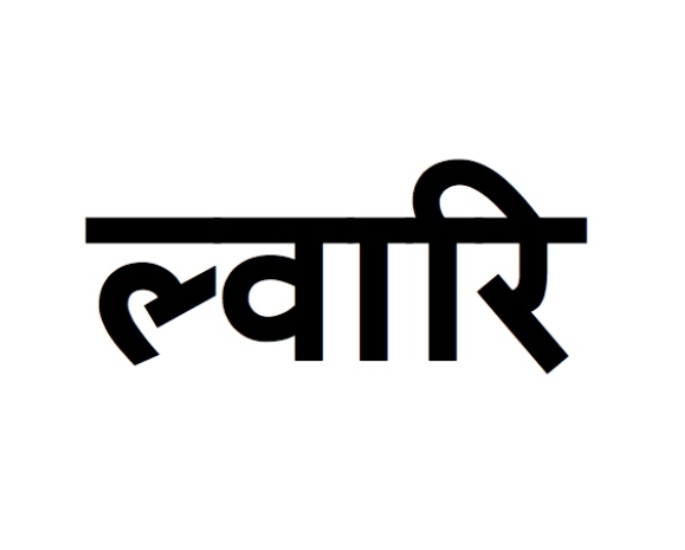 Indian summers are known for their hot and hazy western winds. By May, temperatures often exceed 40 degrees and these strong gusts of wind can cause extremely low humidity.

In some areas of North India, they can even cause brief, but violent, dust storms before the monsoon sets in.

‘Ivari’ describes these strong winds which are often uncomfortable. However, they do not last long and their intensity is soon relieved by the deluge of India’s monsoon season.

This Hindi word perfectly encapsulates a key feature that makes India’s climate so unique and diverse.

“The breaking up of earthen pots: disclosure of a secret” 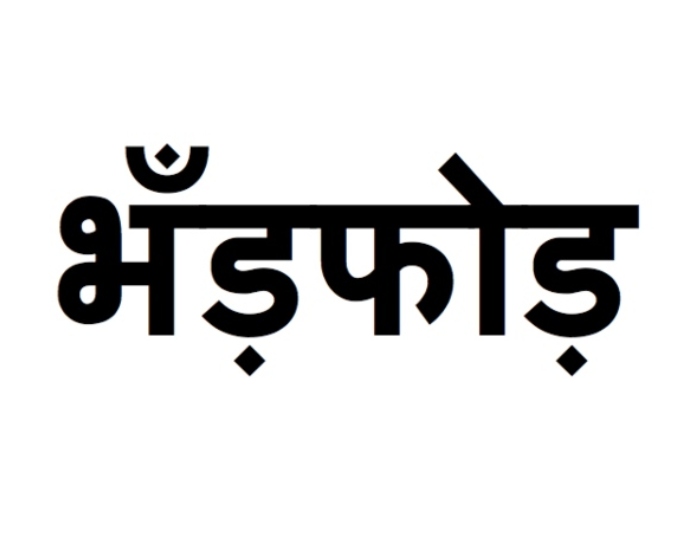 The beauty of this word lies in its multiple meanings. Earthen pots are used all over the Indian subcontinent and are staple items of many households.

Since ancient times, they have been used to store a countless number of things. Though their most common function is to keep water cool in the heat of summer.

While earthen pots have many uses, they are also fragile and will shatter if dropped, even from a small height.

With its dual definitions, this word is a snapshot of Hindi’s cultural evolution.

It also evokes a beautiful, poetic image of India’s households.

The meaning of ‘bhadfod’ suggests that revealing a well-kept secret is very similar to shattering an earthen pot and uncovering its precious contents.

From the definitions of this word, we can see how an everyday item as mundane as an earthen pot has become a metaphor for something much more important – a secret.

“An embodiment of a deity” 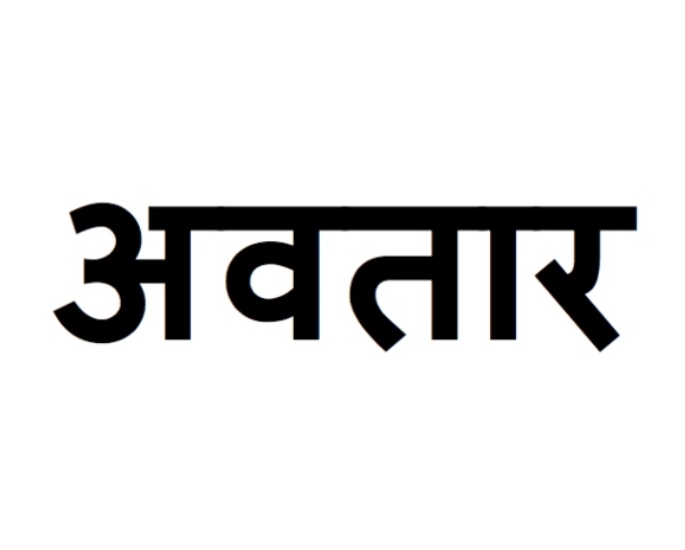 The word ‘avatara’ is derived from Sanskrit roots. It refers to the embodiment of a deity or superhuman being in another form. In other words, the incarnation of a God.

The meaning is so specific that it has been adopted by the English language.

Many may be familiar with the bestselling film, Avatar (2009), as well as the 2005 popular animated TV series Avatar: The Last Airbender.

In fact, many videos and computer games all over the world use the term to describe a person’s digital representation.

Philip Rosedale, the creator of Second Life, defines avatar in the gaming sense as “the representation of your chosen embodied appearance to other people in a virtual world.”

Over the years, the Hindi word’s meaning has expanded vastly from its spiritual origin.

The anglicised word avatar is now ubiquitous in pop culture. Despite not referring directly to the strictly religious incarnation of a God, it still draws its meaning from the same Hindu principles of embodiment.

Just like its meaning, the essence of ‘avatara’ has come to embody an array of forms in the contemporary world. 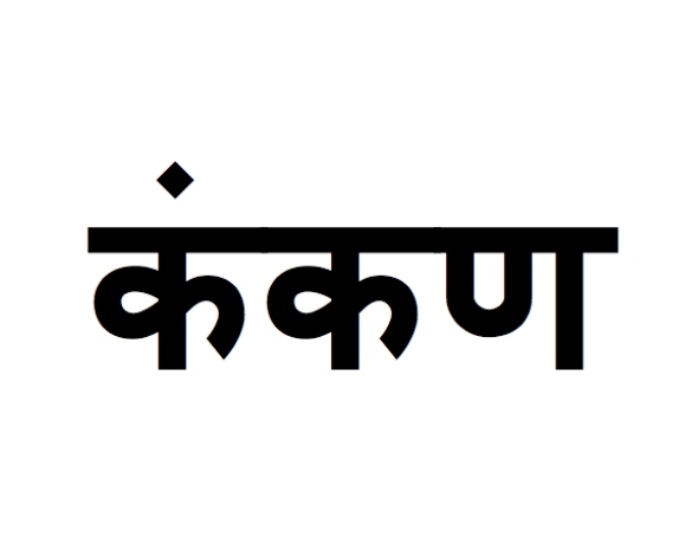 Indian weddings are famous for their lavish and colourful ceremonies. Their traditional rituals are embedded in a rich religious history that celebrates many different aspects of marriage.

The ‘kakar’ is a key item in one of the wedding’s most sacred rituals.

According to tradition, the right hands of the bride and groom are tied together with a cotton thread wound several times.

Although a single thread can easily be broken, once it is wound many times it creates an unbreakable bond.

Far from just a piece of thread, the ‘kakar’ symbolises the strength and resilience of the love between a married couple.

Indians regard marriage as a huge step of trust and commitment, and their vocabulary values the same.

“The cow which remains quietly standing while being milked” 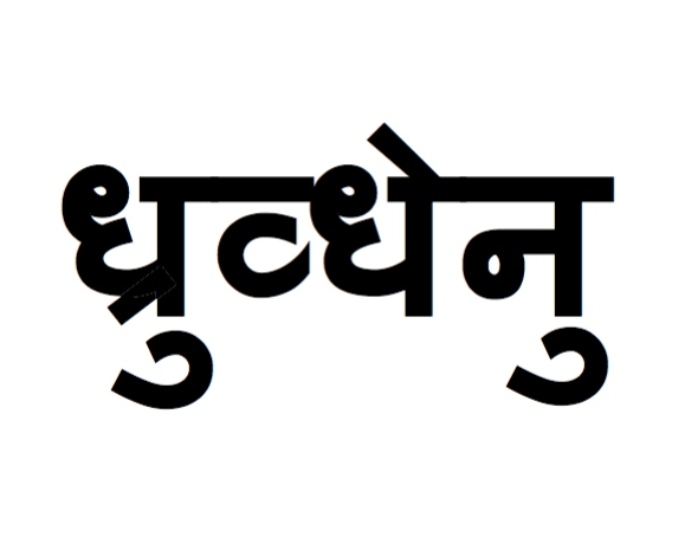 With almost 80% of India’s population following Hinduism, the majority of Indians consider cows to be a sacred Hindu symbol.

Cows are deeply respected across the nation. With 20 out of 29 states enforcing legal prohibitions on cow slaughter, India has the largest cow population worldwide.

More than 5 million stray cows wander in and out of street traffic undisturbed. During Hindu festivals, the gentle animals are decorated, honoured and fed.

“For Hindus, the Desi cow is a beautiful thing”, writes historian Mukul Kesavan. He continues to state:

“Its large eyes, it’s calm, its matte skin tinted in a muted palette that runs from off-white to grey through beige and brown.

“Its painterly silhouette with its signature hump, make it the most evolved of animals.”

The cow is considered to be a symbol of vitality. It sustains countless human lives, with its nourishing milk, and only requires water and grass in return.

The Hindi language has a unique word that celebrates the cow’s sanctity – ‘dhruvdhenu’.

The word describes a cow standing quietly while being milked. It is the perfect expression of the animal’s selfless, giving nature.

For Hindus, the cow stands for a multitude of positive qualities, including dignity, strength, patience, grace, abundance, benevolence, and maternal love.

However, the beauty of the word ‘dhruvdhenu’ is that it manages to convey all these qualities with just three simple syllables.

“Rejoicing in the rains” 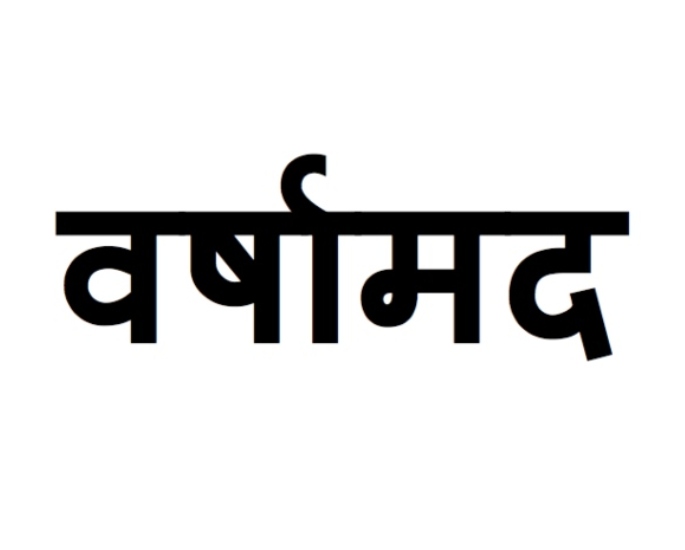 This word encapsulates the beauty of India’s monsoon season in all its glory.

While rain in England often brings with it a sense of gloom and despair, the Indian monsoon season marks a welcome turning point in the annual climate cycle.

Providing relief from the hot, dusty winds, the heavy rainfall nourishes the land and quenches the thirst of many plants and animals.

Many have noted how quickly the landscape is revived, turning from brown to green as if by magic.

‘Varmada’ is the perfect word to describe the sense of elation and rejuvenation brought by the rain in India.

“To walk with dancing steps, to make the ankle-bells tinkle” 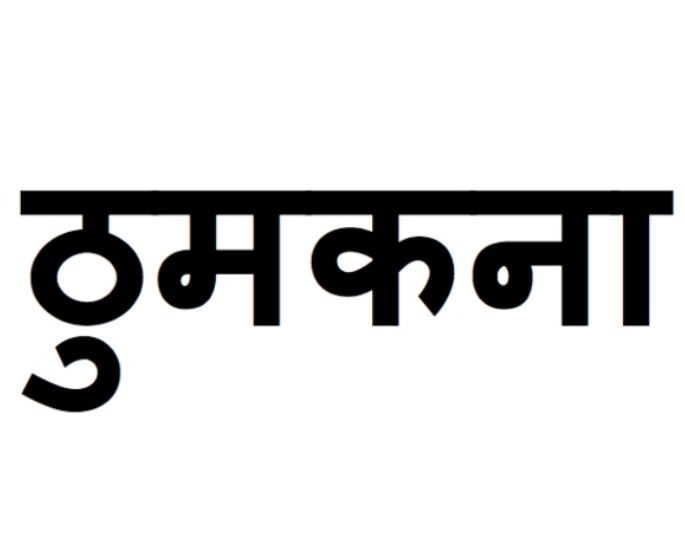 While the verb ‘thumakna’ has come to signify a more general style of walking with grace, its origins lie in traditions that have been around for thousands of years.

It was custom for a newlywed woman, on arrival at her husband’s home, to be gifted anklets.

These anklets would usually have small bells attached to them that would jingle when the woman walked around.

One function of this sound was to make family members, especially males, aware that a woman was approaching and to welcome her with respect.

It also allowed a wife to use sound in drawing her husband’s attention. Each of her steps was accentuated by a light and pleasant tinkling noise.

The Hindi word ‘thumakna’ is rooted in India’s female culture.

It describes the specific gait of a woman who is feeling joyous, or even flirtatious, and walks with elegant, dance-like movements to create music with her footsteps.

Indian literature and music often describe both the playfulness and allure of the sound of a woman’s ankle bells tinkling nearby.

Consequently, ‘thumakna’ devotes its meaning to this soft, enchanting sound.

“The strong desire to live” 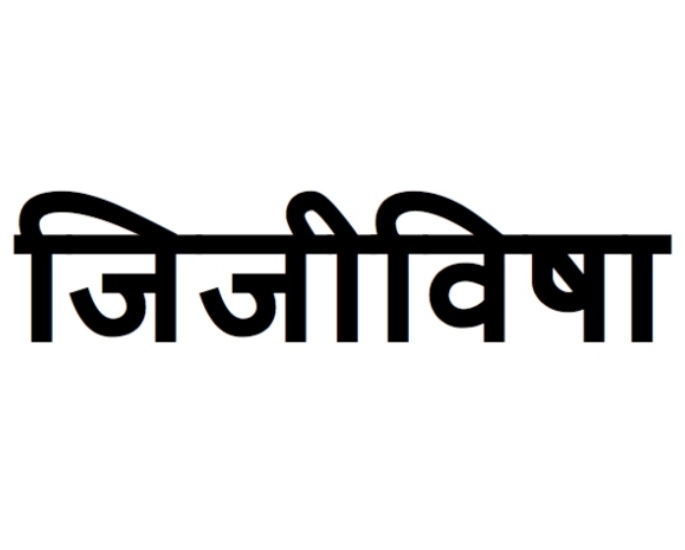 This word stems from the ancient Upanishads’ philosophical explorations of the human experience. The Upanishads are the religious texts of Hinduism, which explain the vital tenets of the faith.

However, ‘jijivisha’ can be applied to all living beings, including plants and animals. It loosely translates to the idea of survival instinct.

Though, instead of being a biological or psychological concept, ‘jijivisha’ has a deep foundation in spirituality and religion.

Many Hindu scriptures acknowledge the natural urge to prolong life, avoid harm or injury, and live life to its fullest capacity.

It is recognised as an intrinsic part of the journey towards ‘moksh’, or enlightenment.

Without ‘jijivisha’, one’s spiritual path would no longer have a structure or meaning.

This beautiful Hindi word celebrates the indomitable spirit possessed by each living being on this earth.

“A ripe mango which drops from the tree” 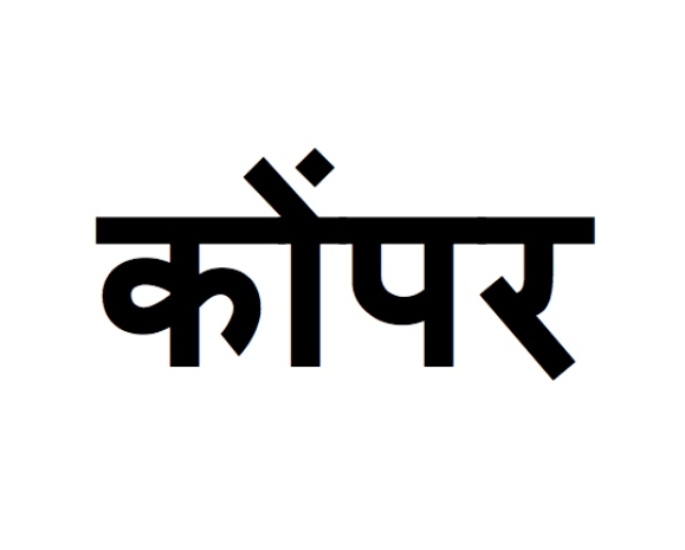 Dedicated to India’s national fruit, ‘kopar’ describes a perfectly ripe mango that falls from its tree.

With its warm golden colour and sweet tropical taste, the mango is loved across the country. However, in India, the mango is more than just a fruit.

Kapila Vatsyayan, an art historian and director of the Indira Gandhi National Center for Arts, recognises its significance by revealing:

“The mango is one of the fundamentals of Indian culture.”

Mango leaves are often displayed as symbols of good luck during weddings and celebrations. The fruit itself signifies prosperity and happiness.

‘Kopar’, with its image of the luscious fruit dropping to the ground, ready to be eaten, is the ultimate symbol of Indian summer.

“The ocean, a mine of jewels” 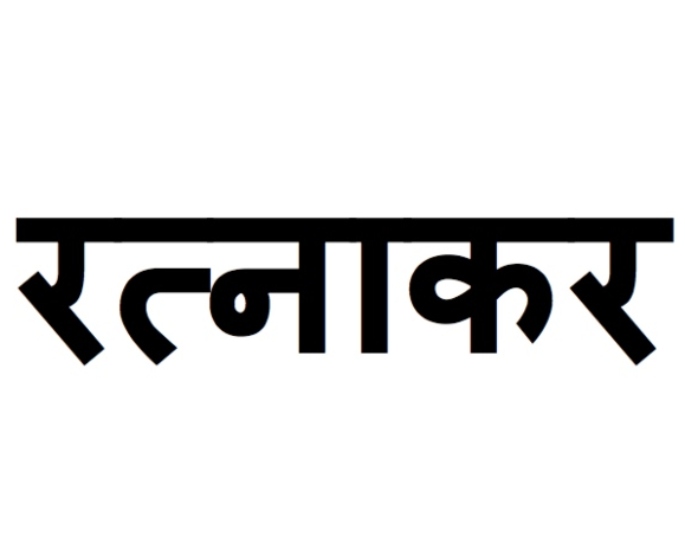 This is another word that, like ‘bhadfod’, is beautiful for its multiple meanings.

Before the term ‘ocean’ came into currency, the original name for the Indian Ocean was ‘ratnkar’, meaning ‘a mine of jewels’.

Many Hindu scriptures describe the ocean as a great repository of gems and jewels.

The ancient Puranic story refers to the ‘Sagara Manthan.’ This is a process where the ocean is churned by spiritual and material forces to yield all its gems and riches, including Lakshmi, the Goddess of wealth.

Krishan Saigal, an author of multiple books on Hindu religion and philosophy, comments on the ocean’s poetic and spiritual dimensions:

“For man, the sea represented something vast, bottomless and full of riches.”

‘Ratnkar’ portrays the sea as a source of both beauty and prosperity – a beautiful image that honours the mystery and abundance of the Indian Ocean.

These 10 elusive Hindi words highlight just how unique India’s culture is. Many of the words originate from Sanskrit and have therefore evolved from a strong foundation of religion and philosophy.

Each rare definition is a window into the workings of Indian culture.

What’s even more fascinating is how these poetic meanings cannot be adequately conveyed in any other language.

The next time you come across a Hindi word, have a look into its origins. India’s beautiful history is waiting to be uncovered.

Images courtesy of The Economic Times.