Asian knifeman jailed after attack on Car with Children

An Asian knifeman has been arrested and jailed for a knife attack on a car. He used a combat knife on the car, which contained four young children.

He approached the car “in a rage”

Police arrested an Asian knifeman after an attack on a car in Birmingham. Sajad Ditta used a combat knife in the unprovoked attack. The car contained four children inside. They were aged 11, eight, five, and six months.

However, Ditta claims the attack was due to mental health issues.

The incident happened near Smethwick High Street in Birmingham. The knifeman forced a car to stop and proceeded to pull out a combat knife.

He approached the car “in a rage” and banged the car windows with the knife’s handle.

Luckily a police car was driving past. The knifeman dropped his weapon and police arrested him. Graham has also explained how his children are “petrified that he will come back”:

“My five-year-old daughter was screaming and they were all petrified about what was happening.”

However, Ditta claims he had suffered from a “paranoid episode” which prompted the attack. Ditta’s defence lawyer, Balbir Singh, claims that the knifeman suffered depression. He also adds:

“Three days before this happened he stopped taking medication for depression and anxiety and he had got it into his head that he was being followed.” 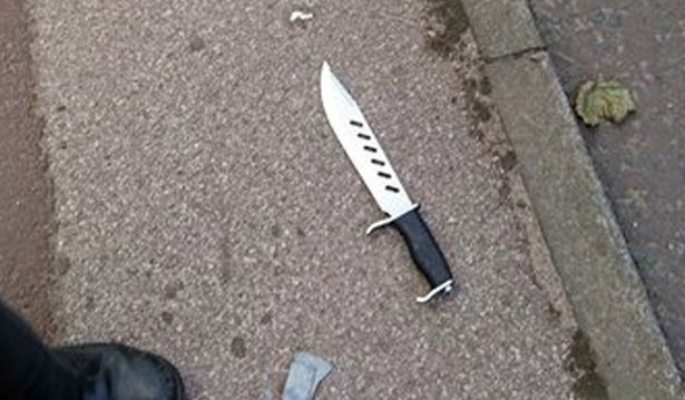 The knifeman himself has explained how he feels “full of regret and remorse” over the attack. He reportedly suffered with mental health problems for 15 years.

This was not Ditta’s first conviction. In 2002, he received a conviction for possession of a knife.

The judge said of the case:

“The likelihood is there would have been serious injury or worse if police had not been driving past the scene. I take into account your condition and I also recognise that you have shown remorse and have tried to address the difficulties that you have.”

“This was a very serious offence of affray and there must be a custodial sentence.”