In a split-decision at the end of the fight Amir Khan lost his world titles to Lamont Peterson in Washington D.C. on Saturday 11 December 2011. The fight has kicked off controversy about the judging and points with Amir not at all happy with referee, Joseph Cooper.

" I do want a rematch. This is boxing for you."

Amir Khan lost his WBA and IBF light-welterweight titles to Lamont Peterson in a split-decision win over him. This was Amir’s toughest fight of his career to date with Lamont fighting from his home town in Washington D.C.

Khan from Bolton, UK, was deducted two points by referee Joseph Cooper. One in the seventh round for pushing and one in the 12th round when Khan hit Peterson on the break. These deductions resulted in a split-decision defeat for Amir with two judges scoring the fight as 113-112 for Peterson and the remaining judge awarding 114-111 to Khan. 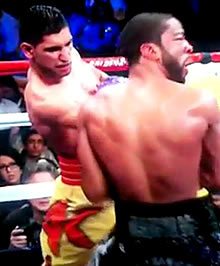 Amir had a excellent opening round as he floored Peterson down twice once when he landed a right hand and glancing left hook which sent the Peterson crashing down but this got classed as a slip by the referee, soon afterwards Amir dished out another combination of right and left hooks that sent the American onto the floor in the same fashion as the first lot.

The champion threw nearly 200 more punches that Peterson with, 757 to 573, and more power punches with, 466 to 406. This of course is not the only deciding factor in who should win the fight as there were lots of quality work in other areas coming from both corners of the ring.

Khan said afterwards “It was like I was against two people in there. He kept trying to pick me up. He was coming in with his head every time, lower and lower. I had to push him away because I was trying to stay away from his head. He was being effective pressuring but I was the cleaner fighter all night. I’m ready for a rematch. I knew it would be tough in his home town, and maybe this was why [big-time] boxing hasn’t been in DC for 20 years if you get decisions like this. He was either going to headbutt me or push me down.”

Peterson had a very different view on the way it went and said “They never gave me a chance but I followed my game plan. A lot of people thought I was the underdog. It was a 12-round fight, though, not a three-round fight. When I got knocked down in the first round, I didn’t worry, I came back. I knew the shots to the body were working. I would definitely give him a rematch. Why not? He gave me a shot at the title.”

Here is the post-fight press conference courtesy of Boricuaboxing.com: 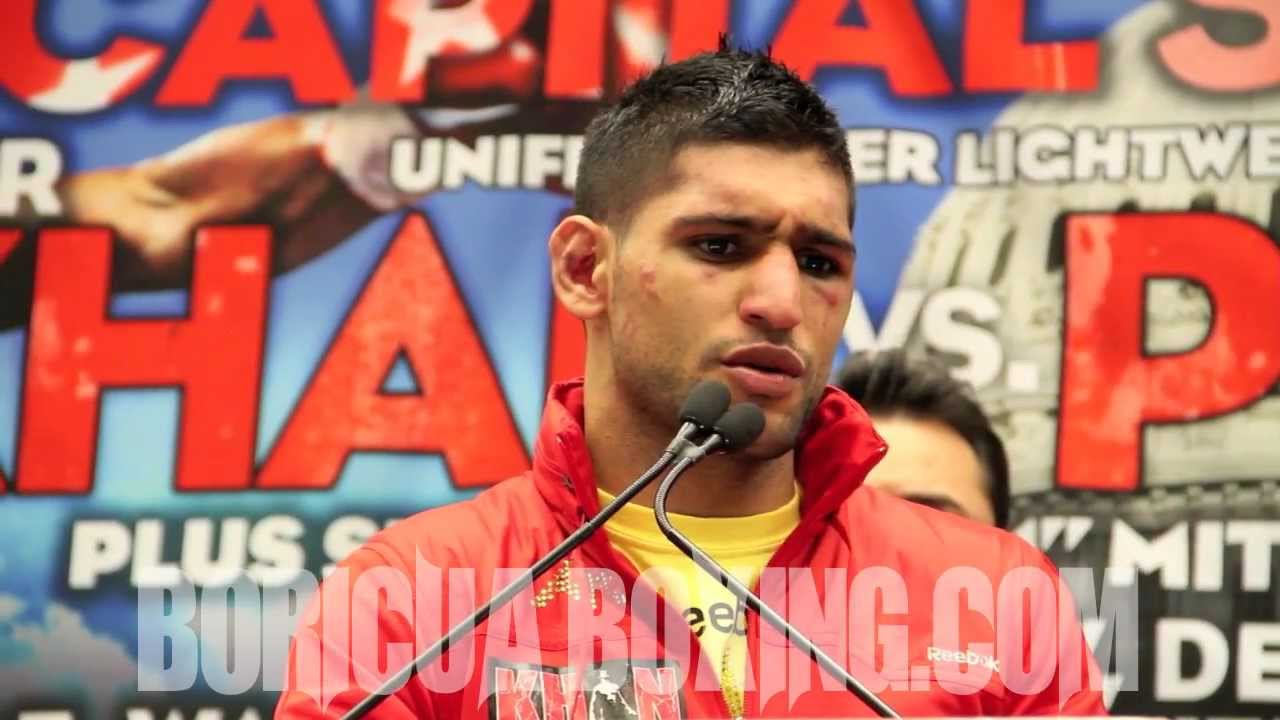 On Sunday Team Khan and Golden Boy Promotions issued a statement questioning the performance of Cooper and demanding a re-match, it said:

Firstly, we would like to congratulate Lamont Peterson on his performance against Amir Khan. Not only has he shown that he is a tremendous fighter inside the ring, but also a great man out of the ring.

Following the decision in the fight, Team Khan and Golden Boy Promotions intends to make inquiries with the District of Columbia Boxing and Wrestling Commission, the IBF and the WBA regarding the performance of referee Joseph Cooper and will also be seeking clarification regarding certain ambiguities with respect to the scores of the fight.

We look forward to an immediate rematch with Lamont as confirmed by Lamont and his manager/trainer Barry Hunter. 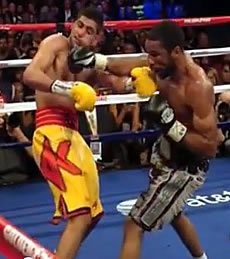 Amir Khan had not lost a fight since winning a silver medal at Athens Olympics in 2004, he has fought a 28 fights in total and this has been his second defeat.

Frank Warren, Khan’s former promoter, believes Khan will have his work cut out to beat Peterson in a rematch. “I think the rematch will be a tougher fight for him because Peterson is holding all the cards now.” Warren also is not sure if Khan is ready to move up a weight to face WBC welterweight champion Floyd Mayweather.

Despite Warren’s comments, Khan is ready to bounce back after his defeat and said: “I’m a warrior. I’m strong, I’m still young and I’ve got a lot left in me. This is what boxing is all about, it’s about how you come back.”

“I gave him the opportunity and I think I should get the opportunity back. I can’t take anything away from Lamont because he was not the referee or the judges, he just did what he had to do and put on a good fight.”

When asked if he regretted fighting in DC he replied:

“No, its all a learning curve. That’s just the character I am. I’m not scared of coming to DC and fighting him here but let’s see if he’s got the same balls to come and fight me in the UK, which I think he hasn’t.”

“We’ll just go back to the drawing board, sit down and see where we go from here. I do want a rematch. This is boxing for you. You get these bad decisions but it’s how you come back from them.”

Amir’s plans to move up a weight are certainly on hold now further to this defeat. And his focus is on the rematch to claim his titles back. “My plans to move up to welterweight are on hold now. I want the Lamont fight at light-welterweight and want the rematch to prove to the world, let’s be fair and take this fight somewhere fair and see where we go from there,” said Khan.

Reaction has been mixed to the fight, most feel the fight needs the re-match Khan wants. Many were surprised that Khan lost this fight whilst others think that his confidence was perhaps to ahead of himself and he needs to take each fight at a time. So, now the pressure is on Khan to prove to everyone once again he is the champion he was before his unexpected defeat to Lamont Peterson.

As part of the senior DESIblitz team, Indi is responsible for management and advertising. He especially loves producing stories with special video and photography features. His life motto is 'no pain, no gain...'
Pakistani Cricketers Jailed for Fixing Scam
India’s Bhaichung Bhutia leaves Football