Aishwarya Rai was seen wearing an oversized jacket but it led social media users to believe she is pregnant.

“She is definitely pregnant and trying to hide it."

Aishwarya Rai sparked pregnancy claims after she was spotted at the airport.

The actress has been promoting Ponniyin Selvan: I, which is set to release on September 30, 2022.

At the airport, Aishwarya opted for a casual look, wearing an oversized jacket along with black trousers.

While Aishwarya turned heads, some social media users speculated that she is pregnant and was hiding a baby bump.

Another wrote: “Is she pregnant?”

One netizen said: “She looks pregnant.” 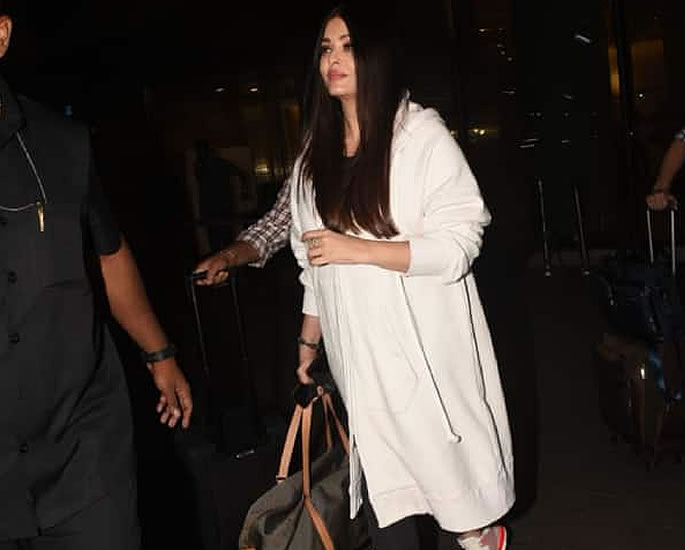 A comment read: “She is definitely pregnant and trying to hide it.”

Others wondered why Aishwarya was hiding her face from the paparazzi.

One person wrote: “If you hide your beauty, what is the use of such beauty?”

One netizen believed that Aishwarya was hiding her face because she had cosmetic surgery, writing:

“Why is she hiding her face? I think she did some kind of surgery and now hiding.”

But some said she was not pregnant but had put on weight instead.

Another said: “All it is she’s put some weight on her face and is using her hair to frame the face to make it look slimmer!

“She’s not pregnant at all.”

Despite the rumours, it is not the first time netizens have claimed Aishwarya is pregnant. She is currently a mother to Aaradhya.

Both actresses were dressed as their respective characters from the film.

She added a hugging emoji. 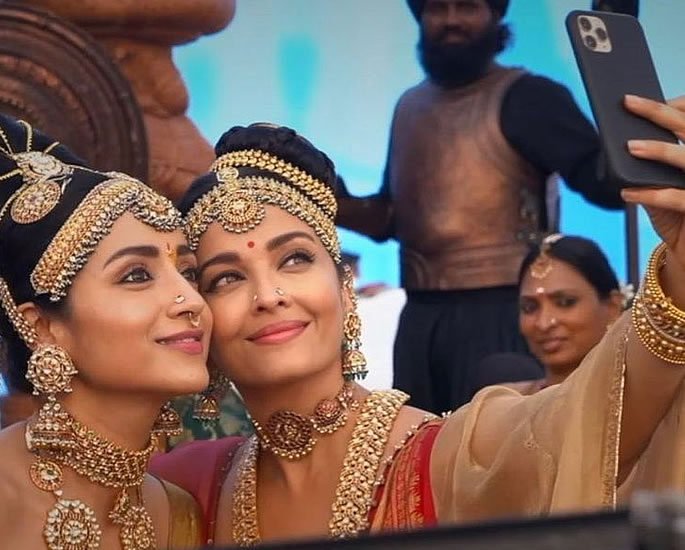 Trisha shared her experience of working with Aishwarya, revealing the bond they developed whilst working together.

The South Indian actress said: “I, fortunately, got to meet her and interact with her on day one of my shoots.

“She is beautiful inside and out, I don’t even need to say that.

“The thing is, this was challenging because we are not supposed to like each other too much in this film, but we got along pretty famously on set.

“There were times when Mani sir would come and say, listen, you guys are taking too much, stop talking, I can’t have this camaraderie for my scene.”

Dhiren is a journalism graduate with a passion for gaming, watching films and sports. He also enjoys cooking from time to time. His motto is to “Live life one day at a time.”
Amitabh, SRK & Ranveer to come together for ‘Don 3′?
Does Shweta rely on father Amitabh Bachchan for Money?