30 Years of British Asians in EastEnders

Celebrating 30 years of EastEnders, DESIblitz takes a look down memory lane at some of our favourite Asian characters from the iconic British TV soap.

With family betrayals and gay relationships, the Masood’s have seen it all.

BBC’s EastEnders has been entertaining the nation for the last three decades. Over the years, the show has become more and more diverse, with exciting and engaging Asian storylines that represent multicultural Britain.

To honour their 30 years, EastEnders have made their first ever episode available on the Red Button for viewers to reminisce or even watch for the very first time.

At DESIblitz, we are reminiscing in our own way by taking a look back over the Asian characters and families in the soap, looking at the stars of the past and present and spotting some familiar faces.

So come and join us as we take a trip down memory lane! 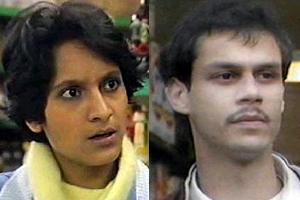 On February 19, 1985, EastEnders aired its first ever episode and in it appeared the Soap’s first ever Asian characters. Saeed and Naima Jeffery were the first official owners of the ‘First till Last’ grocery store.

The creators of the characters did well to portray a typical arranged marriage and the problems that arise from it.

Naima, played by Shreela Ghosh, tried to adhere to the Western culture of the East End of London whilst her family forced her to stay married to a man she loathed.

Saeed, played by Andrew Johnson, was never truly accepted in Walford and after divorcing his wife he left the square and his business in December 1985. Naima stayed on the Square until 1987. 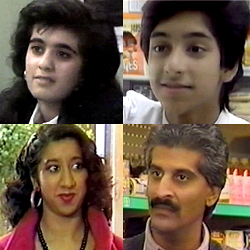 The Karim’s were a Muslim family who took over ownership of the grocery store from the wife of their second cousin, Saeed Jeffery.

Their storylines focused on racial difficulties and a father trying to maintain Muslim ideologies within his children’s lives, whilst trying to assimilate into the western culture they were surrounded by.

Their departure was a culmination of a big storyline in which Ashraf was revealed to be having a long lasting affair with a woman named Stella.

With the imminent destruction of their family, the Karim’s left Walford in June 1990. 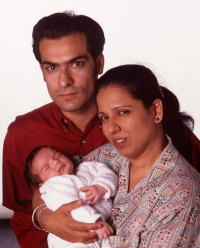 Gita and Sanjay Kapoor were the next in line on Albert Square, arriving in 1993. Sanjay, played by Deepak Verma, was a market trader whose money making schemes all ended disastrously. He betrayed his wife Gita, (Shobu Kapoor) with her sister Meena.

After reconciling their relationship Gita ended up disappearing following a one night stand and an accidental pregnancy.

When she returned, the pair put their differences behind them and Sanjay took on the child as his own. The couple were forced out of the Square, however, when the media tried to publish stories surrounding their private business. They left in 1998.

Shobu Kapoor has since been seen playing her part in Bend It Like Beckham and Citizen Khan where she has provided a lot of laughs for the audience during her run on the show. 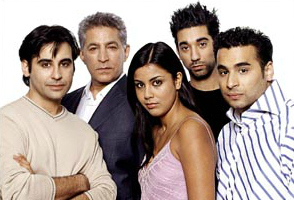 We had a five year wait for the next Asian family to enter EastEnders and they were surrounded by controversy from the start.

The first spark of controversy happened when Bollywood actor Dalip Tahil was cast, causing outrage that a British actor wasn’t chosen for the role instead. His part was short lived however, when he had problems with his work permit.

A planned storyline of the children killing their father was scrapped and replaced with a kidney transplant story line. Dalip left the show shortly after he arrived and the rest of the family stayed on the Square until 2005.

But they weren’t so well received and were called ‘boring’, ‘annoying’ and ‘unlikeable’ by fans and critics. They were blamed for a decline in the show’s ratings and were consequently axed from the show.

For Ameet Chana, it hasn’t all been controversy and bad reviews however. He has since landed roles in Bend It Like Beckham and Run, Fat Boy, Run. 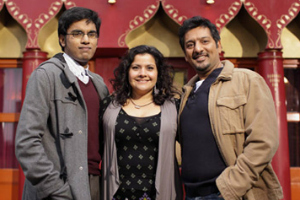 The final family in our timeline are the current, resident Asian family, the Masood’s. Headed by Masood Ahmed (Nitin Ganatra), the family broke onto our screens in 2007 and have been entertaining us ever since.

With fires, weddings, family betrayals and gay relationships, the Masood’s have seen it all.

Syed (Marc Elliott) was first to leave in 2012, followed by mother Zainab (Nina Wadia). She has since taken a role in the hit comedy show, Still Open All Hours.

These memorable Asian characters have been entertaining viewers for the last 30 years, and their drama and antics will continue to add a splash of colour and diversity to Albert Square for many more.