Bollywood love songs during the 2000 decade revolve around themes of reverence, intoxication and seduction.

The 2000s can be recognised as the audiovisual era since it was key in promoting film songs through television and digital media. Whilst people were still watching DVDs, viewing Bollywood tracks online became increasingly popular.

As it was the new millennium, a new wave of singing sensations like Shreya Ghoshal and Atif Aslam were welcomed into the industry. Their popularity soared with their musical talent and several memorable songs.

So, let’s revisit this wonderful era with 10 of the best Bollywood love songs from the 2000s!

Shahrukh Khan and Kajol dancing by the pyramids in Egypt for a Karan Johar movie. It can’t get more romantic than this!

This is one of the finest compositions by Sandesh Shandilya and Sameer’s lyrics are just terrific. The singers melt our hearts with their soothing vocals.

In fact, Sonu Nigam won the ‘Best Male Playback’ award at the IIFA Awards and the Zee Cine Awards in 2002.

‘Suraj Hua Maddham’ has been praised by Rakesh Budhu of Planet Bollywood:

“The instrumentalism, specifically the low-toned dholak tunes and the repetition so excellently done by Sonu Nigam and Alka Yagnik.”

Sonu Nigam won the ‘Best Male Playback’ award at the IIFA and Zee Cine Awards for this title track.

Som Chivukula describes on Rediff: “The best song is the title track by Nigam, who handles the music quite smoothly, with an equally impressive chorus.” 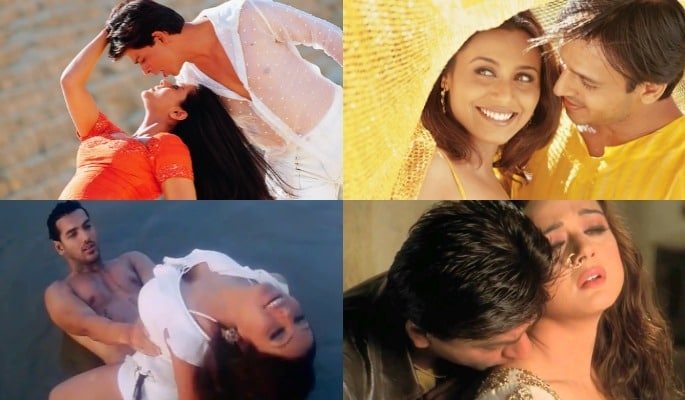 This Shreya Ghoshal song was so popular, that it swept the ‘Best Female Playback Singer’ Award at several high-profile ceremonies such as Filmfare, IIFA, Screen and Zee Cine Awards.

John Abraham and Bipasha Basu on the beach together sets the perfect atmosphere for romance. Sayeed Quadri and MM Kreem’s combination creates a scintillating tone.

The main chorus itself shows how love is so intoxicating.

Deepa Gumaste of Rediff pens that Quadri’s lyrics and Kreem’s score was: “Infinitely more alluring than most recent Bollywood scores.”

We see the pining of Zaara (Preity Zinta) as she imagines Veer (Shahrukh Khan) assuring her that he’s with her at all times. “Kaisi Sarhadein? Kaisi Majbooriyan?” emphasises how the difference between two countries cannot restrict Veer-Zaara’s love.

The music was a compilation of untouched compositions by late Madan Mohan and recreated by his son, Sanjeev Kohli.

Subhash K Jha of Indiaglitz opines on how beautiful the music is: “The trademark Yash Chopra style of picturisation steals seductively into Madan Mohan’s range.”

Listen to our full playlist of Top Bollywood Love Songs from the 2000s here: 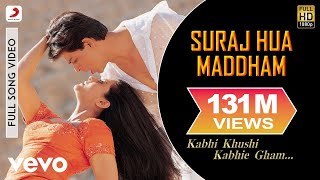 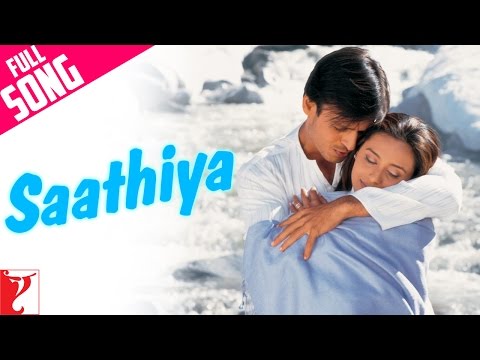 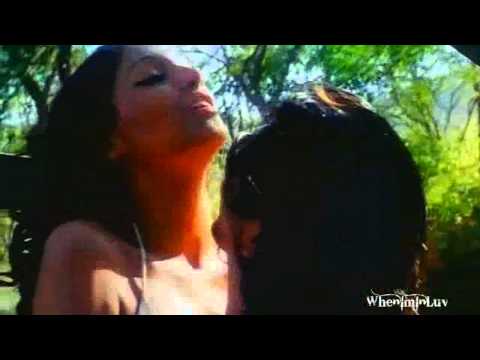 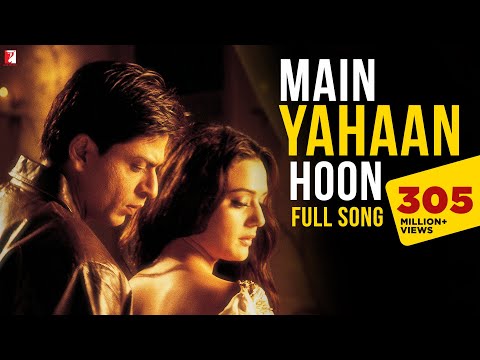 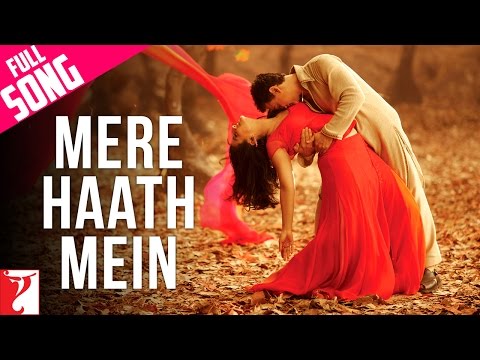 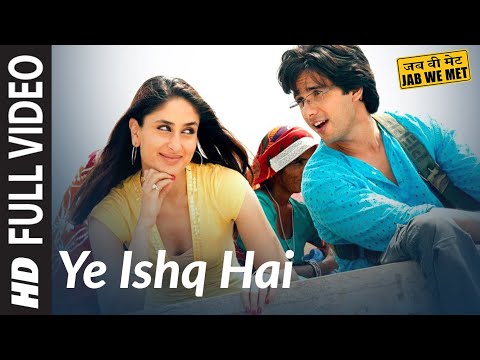 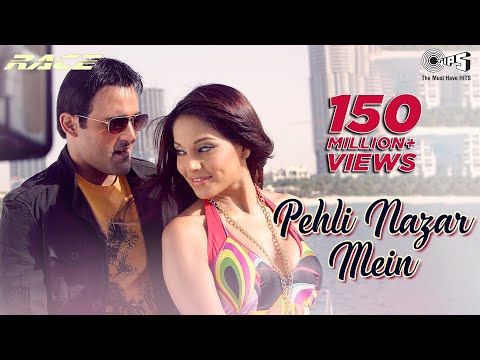 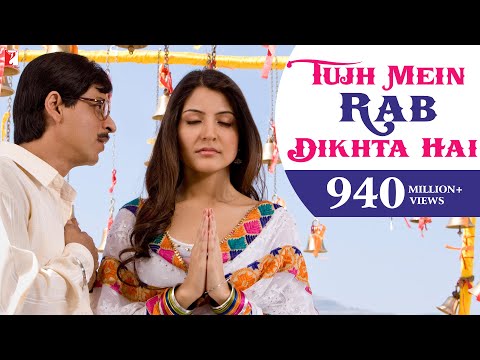 Kajol and Aamir Khan’s chemistry as Zooni and Rehaan was truly phenomenal.

‘Mere Haath Mein’ is an intense yet delightful song which conveys how a hand in hand of two lovers can make the world seem like heaven.

The best part of this song is the ‘Shayari’ (poetry), which is recited by the leading actors. The comparison to the moon being shown fully in the sky reinforces how one is complete after finding their ‘loved one’:

In awe of the song, Faridoon Shahryar mentions on Glamsham: “Sonu Nigam and Sunidhi Chauhan will always be proud of this number for their voice sounds magically honest. It’s not merely a song. It’s a special moment frozen in brilliance.”

Mithoon’s most magical song has grossed over 45 million views on YouTube.

YouTube Viewer, Sidhartha Bhagat rightly says: “This song really touches the heart which very few songs can do especially today. It just pulls your heart strings with each and every tone of the song!!”

Roop Kumar Rathod’s vocals are enriched with love, divinity and serenity. As such, Sayeed Qadri’s idyllic lyrics are the clear winner here as they present how love is enticing:

If that’s not enough, then Siddharth Koirala and Nauheed Cyrusi’s pristine chemistry will make you smile! 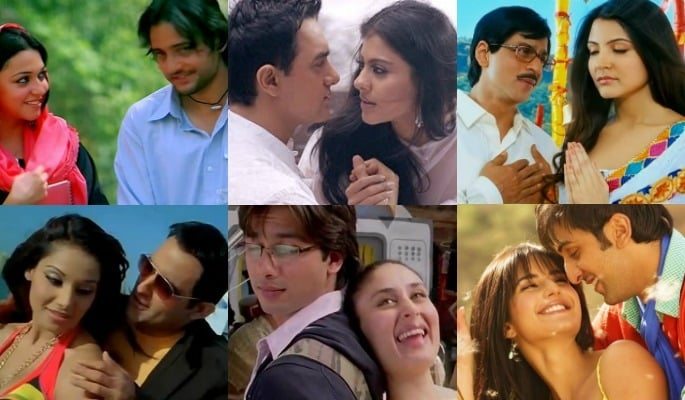 Kareena Kapoor essays the happy-go-lucky Geet, dancing in the picturesque area of Manali.

In the video, Kareena merrily grooves alongside the serious and heart-broken Aditya (Shahid Kapoor). This is one chemistry which is powerful and touching.

The lyrics of the song demonstrates how love shows a heavenly feeling, which is truly amazing. Applauding, Pritam’s music and Shreya Ghoshal’s vocals, Movie Talkies mentions:

“This song has a fresh and youthful quality to it which is further enhanced by the heavy use of instruments in the track. Shreya’s light-as-air voice does the rest.”

“Har Dua Mein Shaamil Tera Pyaar Hai. Bin Tere, Lamha Bhi Dushvaar Hai.” These words by Sameer are loveable as they illustrate how hard it is to live without your beloved.

The video exhibits Bipasha Basu and Akshaye Khanna dancing in a cruise, romancing at a race course and riding in sports cars. This reflects the audience’s fantasy of living an affluent lifestyle and having that ‘someone special’ in their life.

Joginder Tuteja of Bollywood Hungama believes: “The song has a Western styling but its base lies in melody from the sub-continent which makes this immensely romantic number a must hear.”

In this video, one sees Raj (Shahrukh Khan), also as Surinder, who takes Taani (Anushka Sharma) to various spiritual institutes.

The moral of the song highlights that love is deep like spirituality.

Salim-Sulaiman’s incorporation of the santoor and dholak gives the song a traditional tone. Similarly, FilmiBeat says: “A simple outing that has an out and out Indian feel to it.”

Atif Aslam and Alisha Chinai are a unique pairing of two incredible singers. The main chorus of ‘Tera Hone Laga Hoon’ expresses how Prem (Ranbir Kapoor) has fallen for Jenny (Katrina Kaif) after meeting her.

Plus, the English verses are so romantic that it compels the listener to hold their beloved’s hand: “Shining in the shade in sun like a pearl upon the ocean come and feel me.”

In awe of the song, Music India states: “Atif is in full form this time and sounds fantastic. He is well supported by Alisha Chinoy who sounds very sweet. Musically the track is soft, melodious and very easy on the ears.”

Besides our list of 10, there are many songs which will always be loved. Some of these are:

Anuj is a journalism graduate. His passion is in Film, Television, dancing, acting and presenting. His ambition is to become a movie critic and host his own talk show. His motto is: "Believe you can and you're halfway there."
Top 10 Bollywood Dance Tracks of 2016
Top 15 Musical Icons of Pakistan