Glasgow-based YouTuber Adnan Ahmed has received a two-year prison sentence. On social media, he was known as a ‘pick up artist’.

"the public will be wise to such inappropriate behaviour by you"

He was convicted of acting in a threatening and abusive manner to cause a reasonable person fear or alarm at Glasgow Sheriff Court in September 2019.

On YouTube, he was known as ‘Addy A-Game’ and in his controversial videos, he would approach and harass women on the street under the pretext of teaching others to pick up women.

He approached five women aged between 16 and 21 in Glasgow City Centre and Uddingston. The offences took place between July 2016 and January 2019.

During his trial, Ahmed pleaded not guilty and said he did not believe his conduct was “unlawful”.

Two of the victims were teenage girls on their way to school. The others were young women in Glasgow City Centre.

Ahmed had been remanded in custody while it was determined if the crimes were sexually motivated, and if he should be put on the sex offenders’ register.

During the sentencing hearing, Sheriff Wood commended the victims who gave evidence.

He told Ahmed: “You gave evidence and said that the victims were lying or mistaken, but the jury thought otherwise.

“It was very obvious when they gave evidence how they were affected.

“You have required notoriety and an unenviable reputation, the public will be wise to such inappropriate behaviour by you and others like you.” 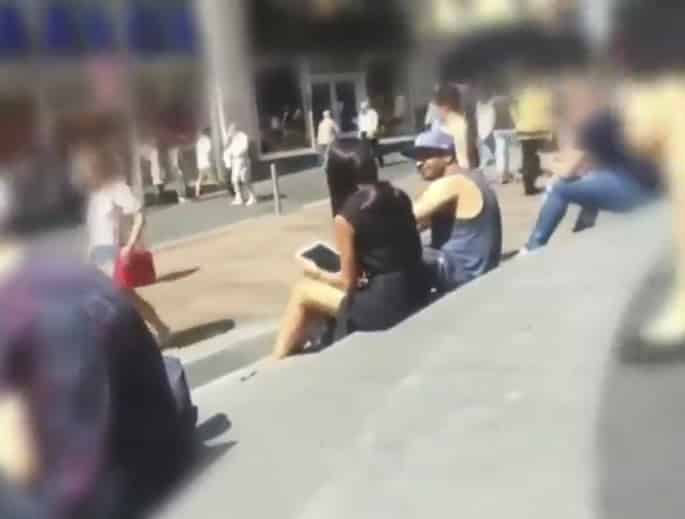 A social worker who assembled a background report on Ahmed described his behaviour as “so entrenched”.

“The accused accepts he was convicted and will change the way he speaks to women.”

Ahmed was previously convicted for drink driving and had served a prison sentence for a firearms offence.

Miss Armstrong added: “He does have a criminal record, but these are of some age and when he was facing certain difficulties.”

Due to his conviction, Ahmed lost his job. His sentence was backdated to January 14, 2019, when he was first remanded in custody.

He was jailed for two years. Adnan Ahmed was also placed on the sex offenders’ register for 10 years.

Glasgow Live reported that a woman in the public gallery had to be restrained after she ran towards the dock as Ahmed was led away.

However, after his sentence, a woman who tipped off police about Adnan Ahmed was “disappointed” he was not charged as a sex offender.

“I was disappointed initially that the charges were just harassment and assault, to me, the sexual context is the most important thing.

“I think if there are more victims of his, they should come forward too. People are listening.

“Ultimately, though, my main concern was to get him off the streets and expose him for what he was.”

Rita knew Ahmed as they both took the train to Fife College while undertaking a degree in Learning Difficulties.

After a conversation about social media, Rita searched for Ahmed’s YouTube channel and was shocked by what she saw.

She looked at his Instagram which revealed pictures that she felt were “dodgy” but she struggled to figure out why.

On the videos, Rita added: “I thought there was something going on. Pick-up artists have their own language.

“I started doubting myself because I couldn’t understand what they were saying.”

Rita called a friend and looked at an online dictionary of the language used by pick-up artists. Her suspicions were confirmed and she called the police.

Dhiren is a journalism graduate with a passion for gaming, watching films and sports. He also enjoys cooking from time to time. His motto is to “Live life one day at a time.”
Swedish Man marries Indian Woman in a Traditional Ceremony
Indian Love Triangle ends with Death of Husband & Wife’s Lover