The Apprentice’s new receptionist Khadeejah Khan is receiving a lot of attention and she opened up on why representation matters.

"The comments and support has been incredible."

Usually, The Apprentice is known for its candidates and the intense tasks.

But in the 17th series, a lot of attention has been paid to the receptionist.

During the first episode, viewers spotted the young hijabi woman sitting behind the desk and were delighted, praising the representation.

She was later revealed to be 24-year-old Khadeejah Khan and she admitted that she is “not actually a real receptionist”.

Khadeejah is a graduate tax associate at PwC and also models, which is how she got the opportunity to be the receptionist on The Apprentice.

As well as receiving praise, her TikTok videos about her TV experience have also gone viral.

Khadeejah told BBC: “The comments and support has been incredible.

“So many girls, even guys have come forward saying they were so happy to see [it].”

She is based in London and while it “is so diverse”, Khadeejah feels that is not always presented on TV.

Khadeejah continued: “And I think it’s been a barrier. But these barriers can be broken because of the day and age we live in.

“And just me being on the show as a receptionist, even though it’s a couple of seconds.

“For me, it shows the younger girls who wear hijab, who do not wear hijab, that anything is possible, no matter who you are or your background.” 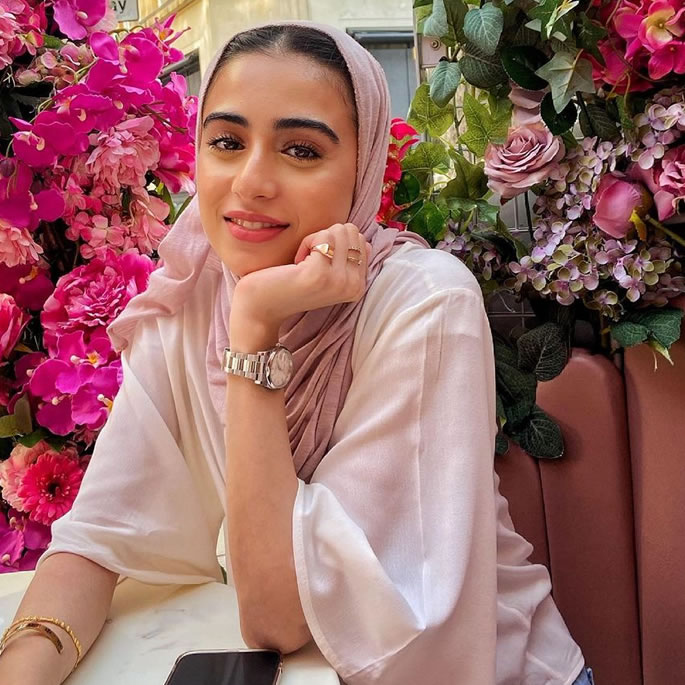 The Apprentice has been “an incredible experience” for Khadeejah, who has been treating it like “more of a modelling job”.

But she admitted that she was nervous, despite only having a few lines to say.

“It was my first time being on camera like that. I wasn’t sure if I was speaking loud enough. I was just very shy as well.”

“But I learned a lot of patience as well, because you don’t actually see how much time and effort goes into a show like this. And there’s a lot of waiting.”

Khadeejah spent some parts of her childhood growing up in Abu Dhabi and Nigeria, before moving to London to finish secondary school and university.

She feels her television appearance is an important lesson for both her and others.

Khadeejah added: “If you put your mind to something, if you want to do something, you should always go out and do it.

“I hope people can relate or just be able to see that if one person can do it, anyone can.”

Dhiren is a journalism graduate with a passion for gaming, watching films and sports. He also enjoys cooking from time to time. His motto is to “Live life one day at a time.”
Pakistani Celebs to Sue Feroze Khan over Privacy Breach
Abhay Deol reacts to ‘Toxic’ Anurag Kashyap’s Claims