With Sourav Ganguly celebrating his 44th birtday on 08 July 2016, DESIblitz takes a look at the best of Dada on the cricket field.

"Sourav Ganguly is one of the best captains of Indian cricket team ever."

Sourav Ganguly, one of India’s most successful cricket captains in modern times, celebrates his 44th birthday on 8 July 2016.

During his fifteen-year career he had many unforgettable moments both in Test and ODI cricket.

Some of the highlights of his career included: a century on Test debut, all round heroics against Pakistan and developing a good young Indian side.

Here are five things, which fans will always talk about Sourav Ganguly: 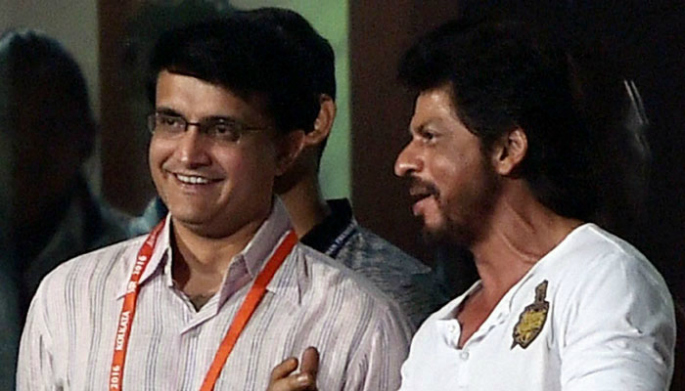 Ganguly will always be remembered for his astute and dynamic captaincy.

Even now the likes of Virender Sehwag, Yuvraj Singh and Harbhajan Singh respect Ganguly as the best leader they played under.

In 2015, speaking about his former skipper, off-spinner Harbhajan Singh said: “Sourav Ganguly is one of the best captains of Indian cricket team ever.”

Ganguly’s memorable achievements as captain include: 2004 triumph against Pakistan where India won both the ODI and Test series.

He led India to the final of the 2003 ICC Cricket World Cup. Earlier in 2002, under Ganguly, Team India clinched the Champions Trophy title which they shared with Sri Lanka.

Ganguly was India’s most successful Test and ODI captain, before Mahendra Singh Dhoni broke his records. 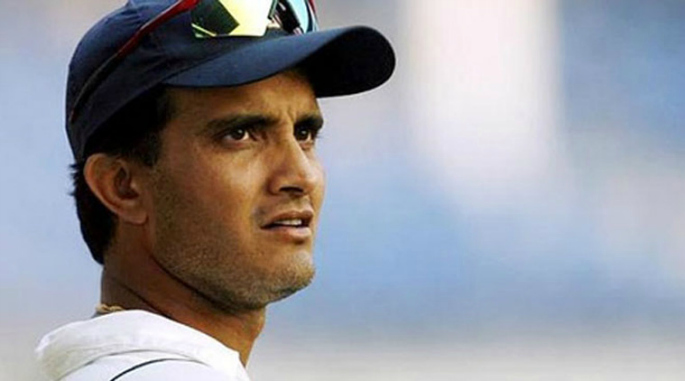 Ganguly made an immediate impression in his debut Test against England.

The twenty-two year old Sourav smashed 131 with twenty 4’s in India’s first innings of the Lords test in 1996.

Batting alongside captain Mohammad Azharuddin, Ganguly got to his fifty with a glorious boundary on the offside.

Upon reaching his half century, Ravi Shastri acknowledged the young batsman on commentary saying: “For a man who is playing his first Test match at Lord’s, this is already a commendable effort.”

He brought up his hundred up with another wonderful boundary off Dominic Cork.

Gangly became the tenth Indian player to make a hundred in his first test.

During the 1997 Sahara Cup against Pakistan in Toronto, Canada, Ganguly came to the party.

Sourav with his incredible swing bowling dominated proceedings as he finished with fifteen wickets in the ODI tournament featuring the historic arch-rivals.

Spectators at the Skating and Curling Club still remember him as the nippy medium pace bowler.

Speaking of Ganguly’s heroics, the captain at the time Sachin Tendulkar said: “He has a secret weapon and he can bat as well.”

Sourav being the highest scorer of the series with 222 runs received huge amounts of praise from popular commentator Geoffrey Boycott. Boycott frequently referred to him as the Prince of Kolkata.

India won the series against the Men in Green 4-1, with Ganguly receiving the man of the match in the last four ODI’s as well as being adjudged man of the series.

Ganguly’s shirt-swinging act at Lord’s in 2002 is impossible to forget. Perhaps many don’t know that this was a message for England all-rounder Andrew Flintoff.

Previously in 2001, during England’s tour of India, Flintoff took his shirt off and twirled it around Mumbai Wankhede Stadium after the sixth ODI.

In 2002 when Mohammad Kaif and Yuvraj Singh guided India to an unlikely win against England in the Natwest final, Sourav decided to send Flintoff a direct message. An image, which became part of cricketing folklore.

Whilst regretting his actions, later on a humble Ganguly said:

“You make mistakes in life. I personally did not quite enjoy it. I don’t enjoy when I see channels keep on repeating that footage on television. I have made so many hundreds, they should show that.” 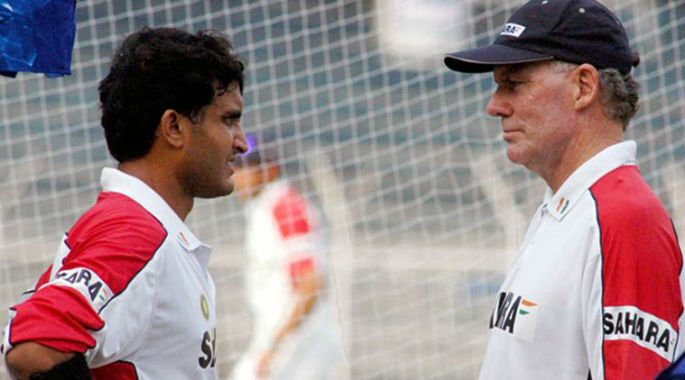 This was one the most infamous and public spat in cricket – Sourav Ganguly vs. Greg Chappell.

The highly publicised squabble amongst the Indian team in 2005 between the new coach and the captain saw fan protests in Ganguly’s hometown of Kolkata and even during speeches in parliament.

Sourav was removed as captain at the end of 2005 and subsequently dropped from the ODI team. He was also axed from the Test team in 2006.

It was only in May 2006 that Dada made a comeback in both Test and ODI cricket.

In 2011, when Chappell was sacked by Cricket Australia, Ganguly reacted saying: “How many more times will such things [controversies] happen? He spoilt my career.”

Sachin Tendulkar also criticised Chappell for the infighting in his autobiography, ‘Playing It My Way’ released in 2014.

Ganguly has certainly had an interesting time in cricket with a fair share of success along the way.

Despite the many ups and downs in his career, Ganguly has gone on to become a true gentleman, holding many prestigious positions including President for Cricket Association of Bengal.

As Sourav Ganguly celebrates his 44th birthday, DESIblitz wishes him many more years to come in good health and prosperity.

Images courtesy of PTI, Indian Express and The Hindu