Sex before marriage in Pakistan is more common than many like to believe. DESIblitz speaks exclusively to one Pakistani woman who shares her experience.

"Yes, a lot of the 'upper' class have sex before marriage."

Seeing the words ‘sex,’ ‘woman’ and ‘Pakistan’ in the same sentence will undoubtedly raise a few eyebrows. After all, Pakistan is home to prudent women who are meant to remain celibate until marriage – right?

On first glance, it certainly appears so. According to the Pakistani Penal Code (Act XLV of 1860) under section 496-B, pre-marital sex is punishable by imprisonment of up to five years.

Pakistan thrives off shunning pre-marital sex and are advocates in declaring it as ‘immoral’.

Furthermore, in a survey taken in 2014, 94% Pakistanis believed sex to be unacceptable before marriage, whilst only 2% remained indifferent.

This begs the question – is sex before marriage really such a taboo in Pakistan?

Sex Before Marriage in Pakistan – Still a Taboo?

Contrary to popular view, many millennials in Pakistan carry liberal views on premarital sex. One netizen shares his honest opinion:

“I am a Pakistani Male, I live in Karachi. I have always enjoyed sex just as much as people in Western Countries do.”

“Pakistani men and women love sex as much as anyone else. The only difference is they’d never admit to it.”

Sarfraz* disagrees, stating pre-marital sex is simply an act of the elite:

“Sex before marriage is not an accepted practice,” he astutely remarks.

“But this is not applicable to the 1% of elites of society. They do whatever they want to.”

However, many have argued otherwise. According to Rabia,* social class does not impact the prevalence of pre-marital sex.

“Yes, a lot of the ‘upper’ class have sex before marriage. But that’s not to say it doesn’t happen in rural areas.”

So, it is evident that under the fabric of norm in Pakistan where sex before marriage is seen as a taboo by the majority, there is an underbelly of sexually active youth who are comfortable with engaging in pre-marital sex.

In 2016, Pakistani writer and human rights activist, Zahra Haider, sparked an ethical crusade following her candid article on her sexual experiences as a Pakistani woman.

Haider goes onto reveal that sex without sex education in Pakistan (which is crucially needed) results in shocking counteractions to avoid pregnancy, saying:

“Most Pakistanis will indulge in premarital sex, and because sex-ed is something that ceases to exist, those who do still end up doing absurd things like overdosing on emergency contraceptives due to being unaware of the allowed dosage and not reading the minuscule, medicinal instructions written in tiny Urdu print.

“Or even worse, women are forced to have induced, clandestine abortions, often resorting to painful and unsafe methods”

Many internet users expressed their support, as one Pakistani male tweeted, “Great article! I believe the introduction of sex-ed would surely bring out a safer Pakistan as well as an understanding one.”

But the divisive piece has also sparked outrage among many Pakistanis. One Twitter user voices her concerns:

“Shame on you. Do change your name, Zahra and Haider both are very sacred names and you don’t deserve to have this name.”

We get an exclusive opportunity to chat with Zahra about her authentic views on sex before marriage, moving to Canada and other reactions to her somewhat unconventional lifestyle as a Pakistani woman. 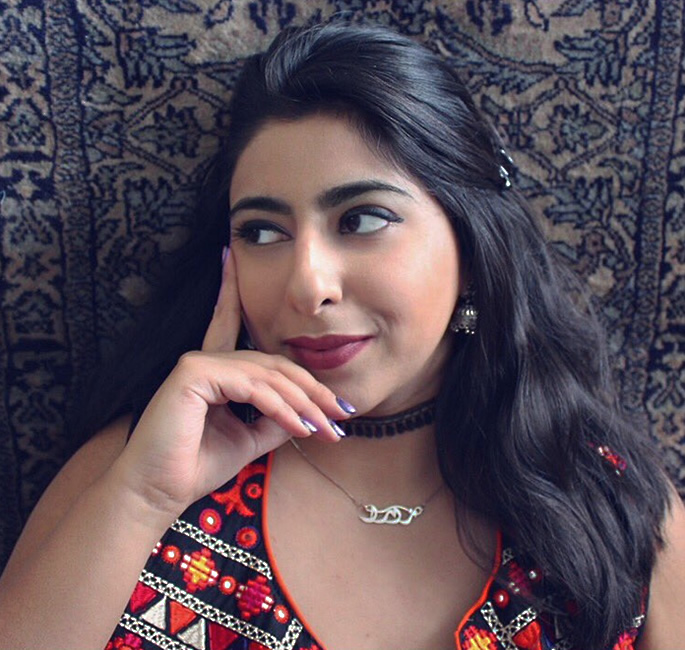 1. Did you feel a sense of fear or ‘wrongness’ stemming from societal expectations?

I definitely felt some shame manifest because of societal conditioning surrounding premarital sex, but it didn’t feel ‘wrong’ since most of my peers were engaging in the act, too.

The English-speaking, westernised Pakistani elite are accustomed to a vastly different social conditioning than the rest of Pakistan.

2. Did many others around you (men and women) also engage in premarital sex?

Most of my elitist, teenage peers were engaging, too.

I struggle with anxiety and find it difficult to try something new unless I know others who have done or are doing it too.

3. Did the young men you slept with have similar views on pre-marital sex as you?

Sex itself was never considered taboo. It was something considerably normal amongst our elite circle.

What made it ‘taboo’ were the lengths we had to go to have sex.

It was the fear behind the act, not so much the act itself. I require some form of an intellectual connection with a partner, and I required them to be at least somewhat open-minded and progressive (as an adult now, it is absolutely crucial).

Having said that, I’ve been in situations where Pakistani men refused to wear condoms. And I always refused to have sex with those men. This is an adequate example as to why sex education is essential.

4. Did you feel any different after the first time?

I felt underwhelmed. I found the hype around the subject to be overrated.

I did, however, feel as if my concept of “virginity” had evolved into something else.

5. Did your attitude towards sex change after your first experience in Pakistan?

Absolutely. I was an avid believer of remaining ‘chaste’ until marriage, even though I stopped believing in religion at the age of thirteen, since, religion feels like a pretense and a facade within the elite class – and after having sex for the first time, I no longer felt qualms about abiding by religio-cultural constructs.

6. What made you rebel against society’s expectations of remaining ‘chaste’ until marriage?

My father sent me to live with my maternal grandmother and abandoned me thereafter. I was always opinionated, inquisitive and rebellious in the face of injustice.

It was his rejection of his less-than-perfect daughter that caused my apathy towards our shallow, hypocritical and inherently misogynistic societal expectations.

I’m convinced had I been his son, things would’ve been different. I was raised in a culture of dishonesty and I’ve never been able to tolerate it.

7. As a woman who is very open about her sex life, how do your parents react?

Both of my parents were shocked when I published my VICE article.

My mother completely understood what my motives were behind the piece, but my father couldn’t comprehend my desire to promote awareness and discussion.

8. Do you think the distinctive family dynamics played a role in your openness and will to break the paradigm?

Absolutely. I was taken away from my mother at nine years old and grew up within a patriarchal household, raised as a young child and teenager by not one, but two household patriarchs (my father and my grandfather).

I felt unaccepted for refusing to be submissive, a ‘poster-child’ Pakistani daughter, neglected of maternal love and I felt devoid of empathy and understanding.

A single-parent household as the result of parental kidnapping is a problematic occurrence within Pakistani families.

9. How long did it take for you to become accustomed to the socially accepted stance on sex in Canada?

It didn’t take long, as it wasn’t foreign to me, nor did I ever view my own pleasure and desire as taboo or in need of restrictions and/or depravity. It’s unhealthy and unnatural to do so.

If the men in my society feel the same urge to satisfy their sexual appetite (throughout our modern day feudal system) – why can’t I?

Simply because the genitals between my legs are different?

It’s my body, and I should be the one to decide whether my needs are for pleasure, reproductive purposes or anything else.

10. How do other Pakistani men react to your sex life for the most part?

Some are judgemental while others are not. My Pakistani friends are non-judgemental because they possess the capacity to understand sexuality is a personal choice, and they respect me as an individual first and foremost.

Others, however, have been cocky enough to assume I’d sleep with them because I openly discuss a taboo topic. Which has never been the case, nor will ever be as my priorities have changed.

11. How do you feel Pakistanis differ from the diaspora in regards to attitudes to sex?

Unsure. I don’t consider myself a Pakistani from the diaspora, and find their experiences to be somewhat separate from mine (culturally). I have not experienced as much systemic racism and oppression from the West as they have.

Instead, my oppression stems directly as a result of postcolonialism and the after-effects of Zia’s Islamisation. Dismantling the patriarchy, feudalism and prioritising women’s education is essential for the prosperity of Pakistan.

Whilst many Pakistani women refrain from pre-marital sex, new generations are beginning to explore their sexuality, albeit behind closed doors.

Though, with women like Zahra lifting the lid on sex in Pakistan, the issue may cease to be a taboo in the future of ‘Naya’ Pakistan.

As an anonymous user very frankly states, “We love sex just as much as anyone else. Pakistanis are also human beings I guess.”