DESIblitz has all the information you need on the latest hi-tech smartphone, Samsung Z2, which offers specialised services for Indian users.

The latest smartphone has been fully structured by its R&D team in Bengaluru.

This is the first 4G LTE smartphone from Samsung which operates Tizen OS.

As such, the Z2 includes some fantastic features as stated on the Samsung India website.

The phone comes with support for LTE Cat.4 and can download 150mbps and upload 50mbps.

Samsung mentions that the Tizen OS’ latest version allows users to unlock their phones using ‘gesture unlock’, from which they can swipe upwards to switch between apps.

But one thing with all these high-tech functions, the main worry of users is it’s short-lasting battery.

The Samsung Z2 has a solution for this too.

It is believed that the Samsung ‘Ultra Data Saving’ (UDS) mode saves up to 40 per cent of data on your favourite apps.

Plus, the smartphone is powered by a 1500mAh battery. Hence, the user can enjoy a maximum 8 hours of 4G browsing. 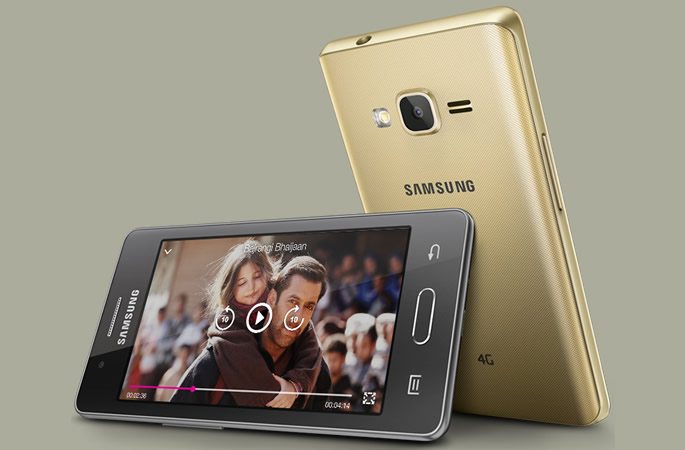 Further technical details about the smartphone include:

The Z2 also comes with 8GB of inbuilt storage, which can go up to 128GB with the help of a microSD card.

Other cool content from Samsung include an ‘Essential Apps’ bundle that contains the likes of Facebook, WhatsApp and CricBuzz.

It also offers S Bike Mode which filters calls while you are riding around the streets of India.

Another useful service is My Money Transfer, making your banking much easier. Samsung states that it is:

“A revolutionary service that doesn’t need Internet to transfer money. This service is supported by popular banks in India.”

Samsung claims that the latest smartphone has been fully structured by its R&D team in Bengaluru.

Samsung hope that the Z2 will encourage more customers to use the cool smartphone!