"I think we make a very fresh pairing, I have wanted to work with Saif for a while now."

Bullett Raja is the story of an average man, Raja Mishra, who turns into a fearless gangster against corruption.

Being a victim of the underworld, his life takes a huge turn as he goes up against those that rule the unjust system and government.

As he continues to fight the corruption, he creates a fire in society that changes the landscape forever.

Bullet Raja creates a challenging world, where the common man can now test his endurance and strength against the same system he used to follow and oblige by. 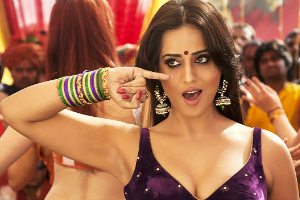 During pre-production, the film was originally named Jai Ram Ji Ki, however Saif had suggested Bullet Raja to give a more Mafia vibe to it.

It was also said that actor Irrfan Khan was invited to be a part of the film but had walked out because of his hectic schedule. He was replaced by martial artist turned actor Vidyut Jamwal. Gulshan Grover was roped in to play the negative role as a powerful thug in the film.

According to director Tigmanshu Dhulia, Bullett Raja is all about attitude. Since he grew up in Allahabad in UP, the filmmaker likes to use his own experiences and incorporate them into his films cinematically:

“I come from this kind of background and I know it well. To say that I will make a film like Dilwale Dulhania Le Jayenge [DDLJ, 1995], I will fail at it,” Dhulia said. 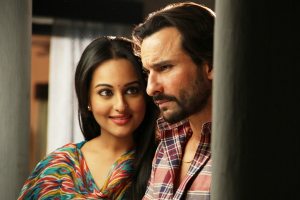 Even though some of his earlier films such Haasil (2003), Charas (2004) and Shagird (2010) didn’t do much at the box office, the success of his crime saga Saheb Biwi Aur Gangster (2011, 2013) franchise and Irrfan starrer Paan Singh Tomar, gave him a National Award and more determination to carry on down his filmmaking path.

Dhulia says: “Paan Singh Tomar was a game changer for me. Things are way easier for me now. When we were writing Bullett Raja, we knew what kind of scale we are looking at and what kind of budget the film will require.”

There are many people who feel that the stars come with their certain, unchanged image, however Dhulia points that the trend is changing and developing: 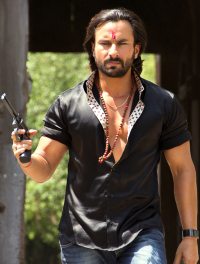 It took lots of preparation and training to get Saif into the look of his character. He explains:

“In Bullett Raja, the kind of lines he’s [his character] been given to speak and the kind of situations he finds himself in, it would just look really silly if he’s not a tough guy. It’s a great feeling when you’re fit and you’re looking good when they are shooting you in the morning.”

Saif plays a gangster from Uttar Pradesh, he also had to learn the UP accent as well and was personally trained for this by director Dhulia himself.

Dhulia says: “Saif is a very proactive actor and he keenly participated in the learning process. He is truly a director’s actor, and he diligently listened to what I had to say.”

When explaining more on his character, Saif says: “It’s a contemporary character. It’s about a youth who just went a little wrong when he could easily have been an engineer or something. So, he’s not like an old-fashioned, big tough guy. He has just got to be lean, fit and muscular.”

“I agree that this is his most commercial film that he’s made but what I want say is not every film can make 100 crore. There’s a certain film that will make you expect it should. For instance, my film Race should have done it; my upcoming film Happy Ending can do it.”

Starring opposite Saif is the stunning Sonakshi Sinha, their chemistry on screen from the trailer seems to have got the crowd talking. Speaking about working with Saif, she admits:

“I think we make a very fresh pairing, I have wanted to work with Saif for a while now and was very excited to get the chance in Bullett Raja. Saif is a great actor and is so committed to his roles, I am very happy with how we look together on screen and I would love the opportunity to work with him again.”

Sonakshi however has faced a tight promotions schedule with Bullet Raja releasing only a week before her other film R…Rajkumar, alongside Shahid Kapoor. Many have claimed that she prefers the latter to Saif’s film and is spending more time promoting that. A close source revealed:

“As the release date of Prabhu Dheva’s film was declared in advance, her dates were locked for promotions. Bullett Raja was supposed to release in September initially and later shifted to November. So her promotional schedule went for a toss.”

“It became difficult for her to adjust her dates, therefore she could give limited days to Tigmanshu’s film. The actress has been trying hard to balance both. A few days back she was in New Delhi with Shahid and now again she is in the capital with Saif.”

The soundtrack for Bullett Raja was released in October on iTunes, there are seven tracks composed by RDB and Sajid-Wajid and lyrics written by Sandeep Nath, Kausar Munir, Shabbir Ahmed and Raftaa. 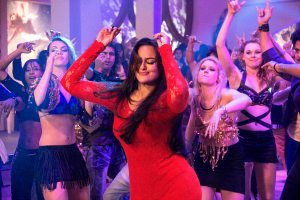 Some of the songs have proved more popular than others. The first track, ‘Tamanche Pe Disco’, will put you in dance mode from the first 15 seconds. RDB are known for their signature style and the rap is a fresh change.

The melodious romantic number ‘Saamne hai saver’ is sung by Shreya Ghoshal and Wajid, the singers themselves are enough to attract an audience. The sarangi adds a bit of Rajasthani touch throughout the song.

The title track ‘Bullett Raja’ is sung by Wajid and Keerthi Sagathia and is very similar to that of Salman Khan-starrer, Dabangg (2010).

Overall the songs are of good standard however some are forgetful. But ‘Tamanche pe disco’ and ‘Saamne hai savera’ have gained well deserved popularity.

The new jodi of Saif And Sonakshi will be interesting to see on screen as we get to see their story unfold. Bullett Raja promises to be an exciting adventure whilst still keeping intact a traditional Bollywood essence. The film releases from November 29th 2013 onwards, and is definitely one to mark in your diaries.

What did you think of Bullet Raja?

Meera grew up surrounded with desi culture, music, and Bollywood. She’s a classical dancer and mehndi artist who loves everything connected with the Indian film and television industry and the British Asian scene. Her life motto is “do what makes you happy."
Highest Earning Bollywood Actresses of 2013
Goliyon Ki Raasleela Ram-Leela ~ Review