Malaika Arora stood out from the crowd in a boho-inspired gown at the Vogue Beauty Awards 2019. She went on to win Fitspiration Award (Female).

"The thigh-high split stole all the attention"

Malaika Arora dressed to impress on the red carpet at the 2019 Vogue Beauty Awards.

There is never a dull moment with this star as she proves this time and again.

In this instance, she chose a stunning layered white gown by Aadnevik. The eyeletted detailing throughout the dress evoked a sultry appeal.

In particular, the bodice with sheer lace panels and a beaded belt framed her petite figure. 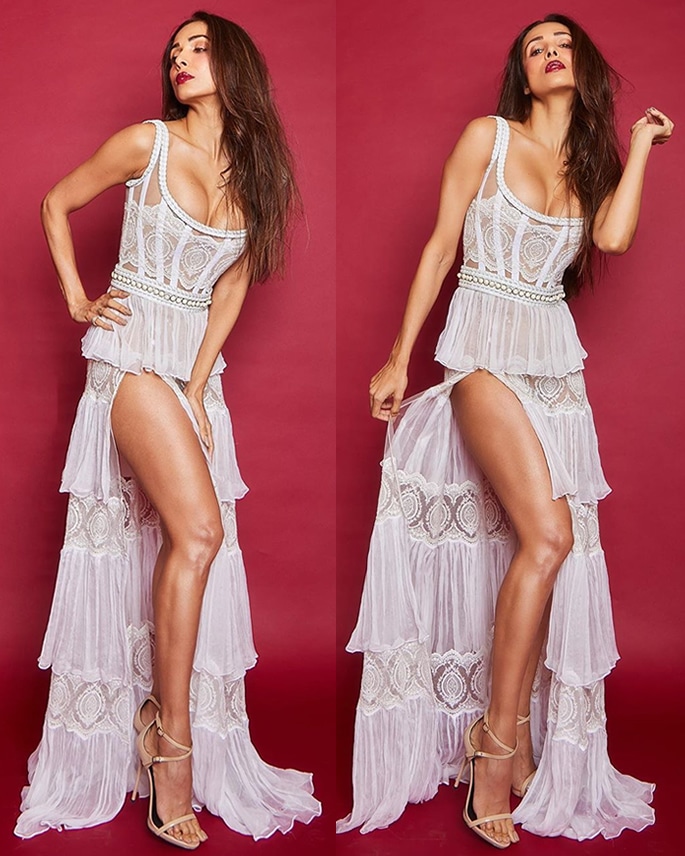 Yet, the thigh-high split stole all the attention revealing her toned legs.

For her makeup, she went for a pop of champagne gold shimmer on the eyelids, a dewy base and bold deep red lips.

To complete her look, Malaika opted for minimal jewellery as she chose to wear stacked rings. 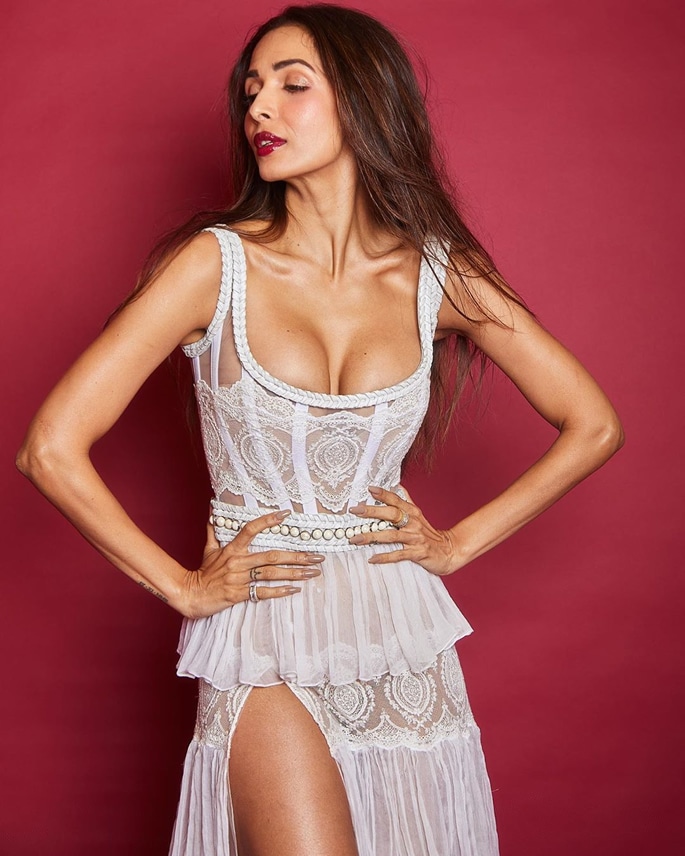 Her hair was simply styled to effortlessly fall over her shoulders with a natural-looking blow-dry. 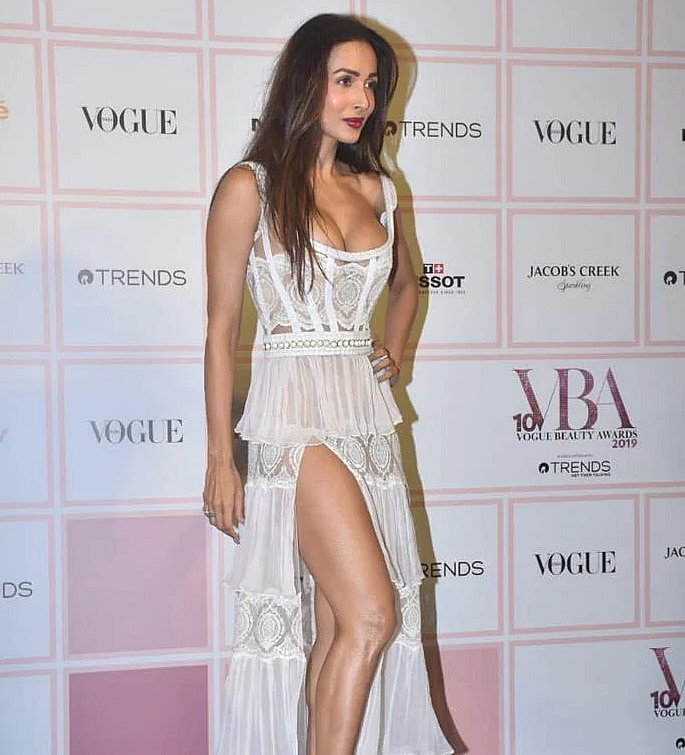 Malaika attended the awards night with her sister Amrita who donned a black and gold ensemble by Gauri and Nainika.

Malaika received the Fitspiration Award (Female) and was presented the award by Amrita. To share her joy, Amrita went on Instagram to praise Malaika. She posted:

“The moment I get to give my sister the fit inspiration of the year award at the Vogue Awards!!! Proud moment. Who run the world … girls.” 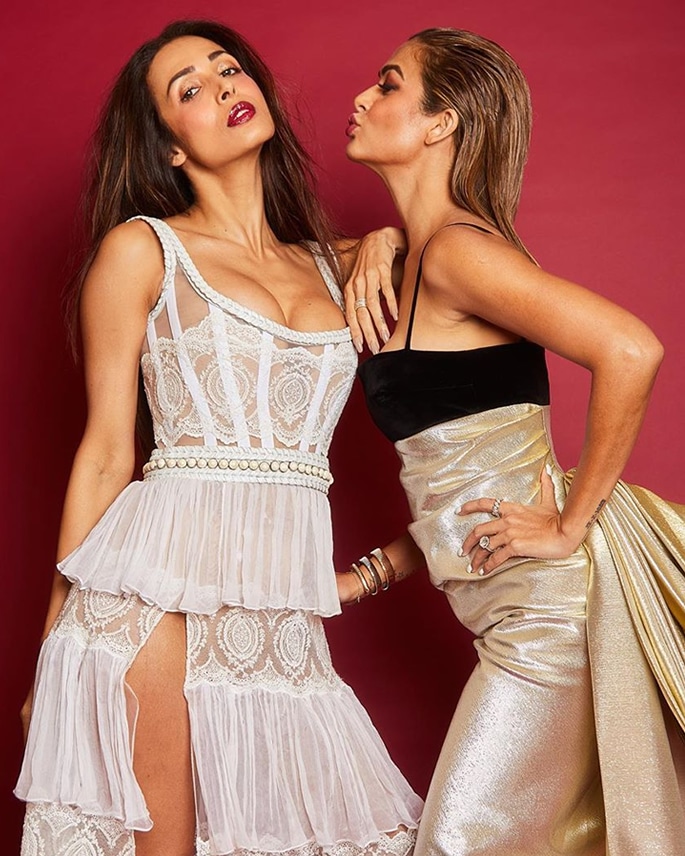 The Arora sisters took time out to talk to Vogue India about their younger day makeup hacks. Malaika chats about her sister Amrita saying:

Amrita continued to mention another one of her sister’s hacks:

“Or she used to take beetroot and rub it on her cheeks. So, I still remember that hack from her and I used it even after.”

“Because we were not allowed makeup.”

She then went on to her explain tricks she learnt from her sister Malaika. She stated:

“What I learned from her is the mascara … earlier back in the day. She had the longest eyelashes and she used to put like Vaseline on top of her eyes so it looked kind of glossy even before it was a trend. It was quite talked about.” 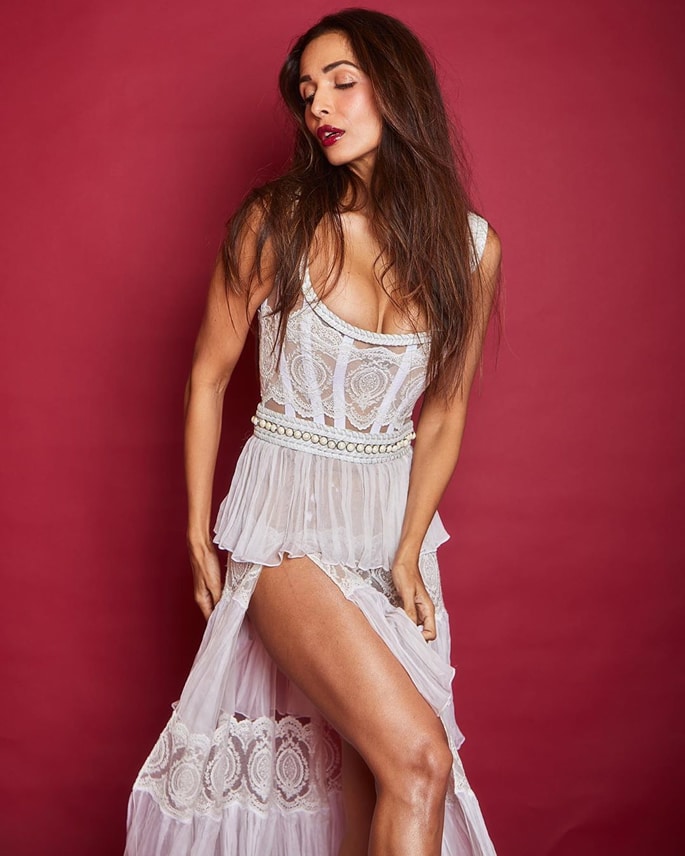 Her efforts from the night certainly went noticed as her boyfriend, Arjun Kapoor commented on her Instagram posts about the awards. He used the fire emoji to show his infatuation with his girlfriend.

There is no doubt Malaika has always been into beauty and her amazing looks during the evening testify to that.