Juhi Chawla says ‘I made Stars out of Everybody Else’

One of Bollywood’s finest stars of the 90s Juhi Chawla has revealed she “made stars out of everybody else” during her film career.

"When you make mistakes, you learn."

Bollywood actress Juhi Chawla has opened up about her Bollywood journey and has revealed she “made stars out of everybody else” because she turned down blockbuster films.

Juhi made her Bollywood debut with the 1988 hit film, Qayamat Se Qayamat Tak opposite Aamir Khan.

The film revolves around the story of Raj (Aamir) and Rashmi (Juhi) who fall in love despite their feuding families.

However, the actress admitted that fame took over and she became complacent when she was at the peak of her film career.

In a recent interview with journalist Rajeev Masand on a segment called the ‘Women We Love’, Juhi spoke about how she became complacent. She said:

“I became pig-headed. I suddenly thought the industry will stop if I don’t work. I got some amazing chances to work in films, but my ego came in the way.

“I didn’t do some films which I could have done, which may have been harder work and more competitive.

“I just didn’t do them because I wanted the easy stuff and I wanted to work with people I was comfortable with. I didn’t break barriers.”

Instead, the respective films were offered to Karisma Kapoor who accepted them.

Undoubtedly, these films became huge hits at the box office and became some of the best films in Karisma’s career.

Karisma also went on to win accolades for her performances in the films. Juhi Chawla was asked whether she thought she had a hand in Karisma’s fame. She jokingly replied saying:

“Absolutely. I am responsible for her stardom.”

Juhi was further asked whether she regretted her attitude during the peak of her career. She replied:

“Regret? I think it was a lesson in my life. When you make mistakes, you learn.

“I realised the moment you start flying in your head, you think you’re the cat’s whiskers, you start making mistakes.”

Juhi Chawla is certainly one of Bollywood’s finest actresses to ever grace the big screen.

It also seems her refusal to star particular films allowed other actresses like Karisma Kapoor to shine in Bollywood. 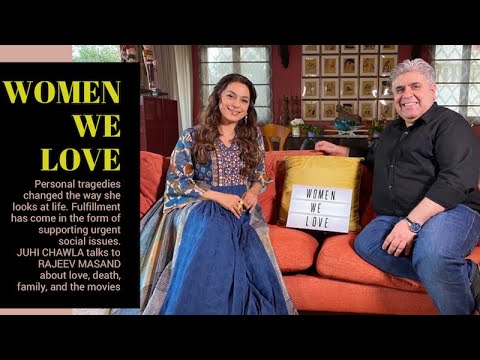 Ayesha is an English graduate with an aesthetic eye. Her fascination lies in sports, fashion and beauty. Also, she does not shy away from controversial subjects. Her motto is: “no two days are the same, that is what makes life worth living.”
Angad Bedi takes on Neha’s Trolls with photos of His ‘5 Girlfriends’
Saif says ‘A little bit of Teasing is Good’ for daughter Sara