Mandip Kang tells us about his tense experience of breaking the news to his parents that he is not marrying a Desi girl.

"My dad said our relationship was fake"

Whether it’s a Desi girl or man, marrying someone who is from a different heritage or background is not too common in South Asian culture.

Interracial marriages and relationships are happening more and are not ‘forbidden’ as it once was.

However, South Asian parents still expect their children to carry out the ‘traditional’ route of marriage.

But, what about when those customs aren’t met? Is it met with hostility or acceptance?

Mandip Kang*, a 30-year-old finance advisor from London tells us the answers to these questions as he shares his experience of telling his parents he won’t be marrying a Desi girl.

Whilst his story does not mean every household thinks the same, it still gives an insight into the view on interracial marriages within South Asian families.

Mandip tells DESIblitz why he has chosen to marry outside of the culture and the reactions he got when he broke the news. 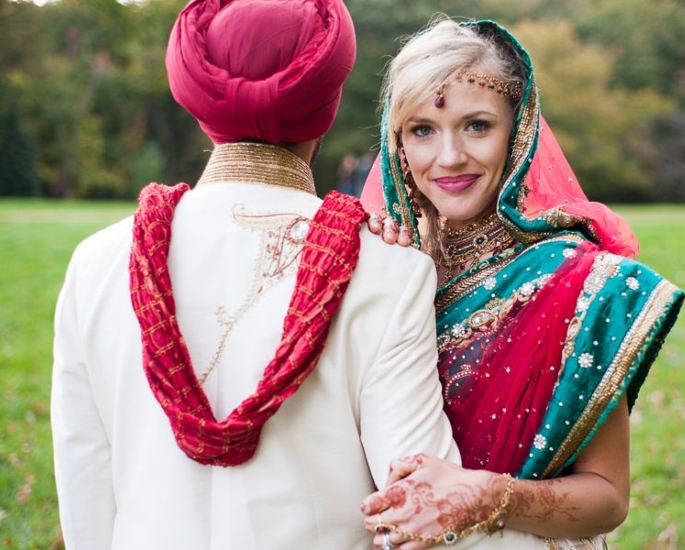 Interfaith marriages are happening more within society and more people concern themselves with finding a true life partner instead of trying to make their families happy.

In the past, arranged marriages would be the norm in South Asian families and often couples would have to go along with it, even if they disagreed.

Whilst arranged marriages still happen, they’re much more modernised and those involved have more control of the outcome.

However, it was these complications and ideologies that deterred Mandip from marrying a Desi girl:

“I grew up with both traditional and modern values, I’m on that borderline of appreciating my culture and knowing the traditions we have but also that not everything has to be done by the rules, so to say.

“Marriage is one of those things in Desi culture where everyone has something to say about it.

“It’s never straightforward and somehow, people get annoyed by something.

“Either the girl is not good enough, her family originates from another area in India, she didn’t go to university, etc. It’s unnecessary and old-fashioned.

“A lot of South Asians growing up now won’t have those same views which is good.

“But I know it’s still important to my elders who gets married into the family and the type of person she is, which I understand.

“But, that doesn’t mean it has to be a Desi girl.

“If someone is kind-hearted, has good morals, and is loving amongst other stuff, then that’s all that matters – not what colour she is.

“To be honest, I never said I would never marry a Desi girl, I did always think I would because of what I saw in my family growing up.

“But as I did get older, I quickly realised that my taste in women wasn’t ‘traditional’. I’d go for white girls or black girls.

“I have had past interests in Asian girls but it never worked. I’d always find that we would clash in our thoughts and views on things.

“But for me, my experiences with white and black girls were much more smooth sailing.”

“We could just live our lives and not have to worry about our cultures clashing or anything.

“What I did get scared about is how free I could be seeing these girls.

“I had a white girlfriend for a few years and couldn’t tell my parents about it because I knew the typical things they’d say.

“I would get worried if I was out and if my cousins saw ‘cause I knew they’d tell my family and it would get blown out of proportion.

“So, I did have to hide who I was in a sense. I would’ve loved to tell my parents that I had a brown girlfriend, but that never happened and I realised it wouldn’t ever happen long-term.”

It seems that Mandip was struggling to balance the views of his family and what his culture ‘expects’ him to do.

Whilst he tried to see if a relationship would work with a Desi girl, ultimately, his preference was with other women – which is normal. 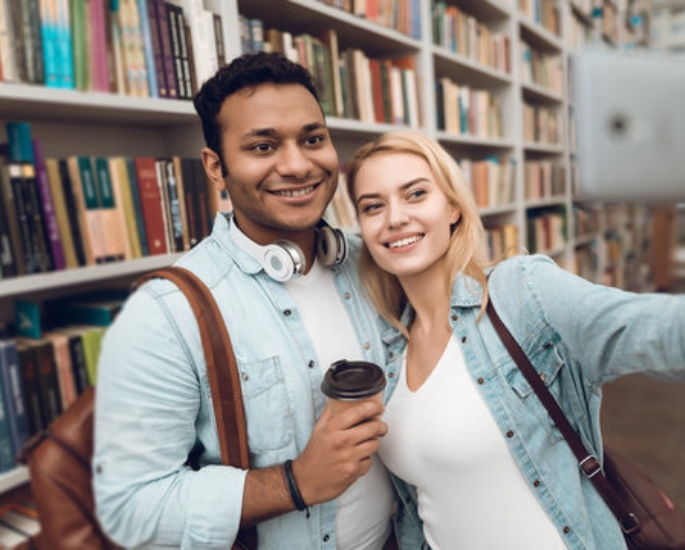 Mandip goes on to say how he met his girlfriend, Lilly, and how it urged him to tell his parents that she was the woman he wanted to marry:

“I met Lilly through work. She was already there for a year and then I joined. I was instantly attracted to her and we got along great.

“It was a while before anything romantic happened because I wasn’t sure if she was into me but once I made the first move, everything fell into place.

“Before we knew it, we were celebrating our 1 year anniversary and it got to a point where I couldn’t see my life with anyone else.

“Even though this was a long time before I proposed, I still felt like I needed to tell my parents.

“If things didn’t work out with Lilly then that was fine, but I felt like they should know so in the future, I don’t have to hide my feelings or relationships.

“I told my mum first because I wasn’t sure how she would react. She was sitting in her room so I told her that I was with a girl and at first she got really happy.

“But then I said to her “she’s not Indian, she’s white”. Her smile suddenly went and she looked very disappointed.

“She told me that it wouldn’t work and asked me what the point was because we can’t get married.”

“I was confused at that point but I told her that I feel like I want to marry her. But she told me no. She wasn’t even asking me about Lilly or anything.

“So I got pissed off and left and then I had to tell my dad so I called him. He was at work and he had the same reaction.

“He told me that she wouldn’t understand how we live or what we believe in. Then he even said, ‘what will others think’. I just told him I don’t care.”

As Mandip broke the news to his parents about being with a white person, he was met with disappointment and anger.

Frustratingly, Mandip’s parents were more concerned about the colour of the person than their son’s happiness which aggravated him more. 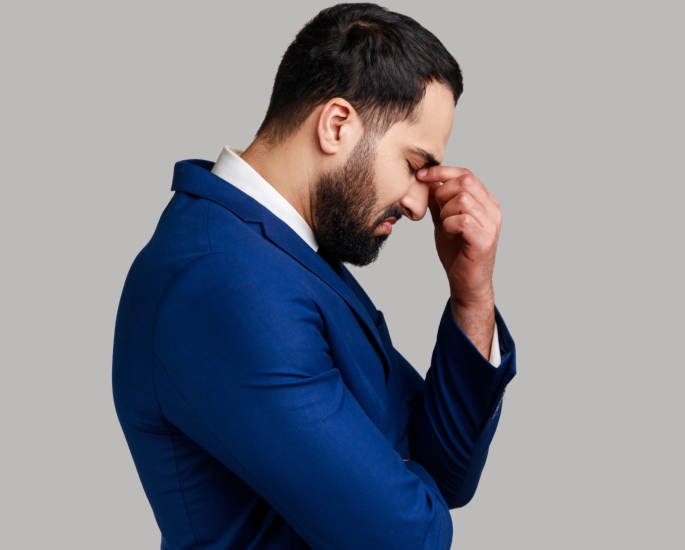 However, he goes on to explain the long talk he had later that day with his parents:

“After that whole commotion, I knew they’d either brush the situation off and not address it or just hold on to some resentment.

“I explained that I wasn’t into Desi girls, I didn’t want to marry one and even though I’ve tried to make things work with Asian women before, it hasn’t gone to plan.

“I then explained how Lilly gets me, she also takes an interest in our culture and beliefs.

“My mum then said she won’t fully get how we do things. She said when we have kids, they’re going to be confused.

“My dad said our relationship was fake and a fling. He thought I was just going through a phase.

“It was like no matter how much I told them and tried to describe my relationship with Lilly, they weren’t taking it seriously.

“Then they started getting angry and told me that if I get married to her, they won’t come to the wedding.”

“They said it was shameful because all my cousins got married to “nice Indian women” as they put it.

“But I wasn’t getting anywhere and had to leave. I couldn’t believe how they were acting and what they were saying.

“Then I thought to myself, I’m glad they’ve said this stuff to me and I’ve taken the brunt of it.

“Because I don’t want to bring Lilly into that type of scenario. Imagine if I just brought her home and they would be secretly thinking those things about her.”

As Mandip’s parents did not accept his choices, they thought he was making the wrong decision.

Instead of trying to understand his relationship with Lilly or how she could become a part of the family, they instead said really hurtful things.

This is one of the main issues when it comes to interracial marriages, parents are often so honed in on certain expectations that they fail to recognise the interests of their own children.

So, this causes mass arguments where there is no solution. It also adds to why a lot of Desi people hide their interracial relationships because of this view that their parents won’t “accept” it.

Mandip admits that he proposed to Lilly a year later and has not told his parents about it:

“I can’t brush them out completely but they really need to change their views.

“I go to family functions and see them, nothing has changed in that regard but I fear that if they don’t try to be happy for me, then I may not have a relationship with them for much longer.”

Mandip’s story of telling his parents he’s not marrying a Desi girl resonates a lot with the modern generation.

As these types of relationships become more frequent, it’s important to shed some awareness so others can also come clean to their parents.

Likewise, it’s important for the elder generation to understand that times are changing and progressing.

Ultimately, marriage is between two people who love each other. And, that love should be the overwhelming factor when it comes to a happy and successful marriage, nothing else.