Calls for Mayor of Harrow to Resign from Tamil Community

The Tamil community has called for the Mayor of Harrow to resign after she was pictured with senior military figures during a visit to Sri Lanka.

"her actions were offensive to the Tamil community"

Campaigners have called for the Mayor of Harrow to resign after she was pictured with senior military figures during a visit to Sri Lanka.

Councillor Kareema Marikar is a Labour councillor of Sri Lankan origin who is serving as the ceremonial mayor of the borough for the year 2018/19.

She visited the Commander of the Sri Lankan Army, Mahesh Senanayake, and Brigadier Priyanka Fernando during a trip in 2018.

Marikar praised the soldiers for their service on social media. She also posted pictures with them while wearing the mayoral chain.

However, members of the Tamil community in Harrow, London are not happy at this representation. This is due to the army officials’ involvement in the Sri Lankan civil war.

They were disappointed given that Brig. Fernando was found guilty of violating the Public Order Act when he made a throat-cutting gesture at protestors. 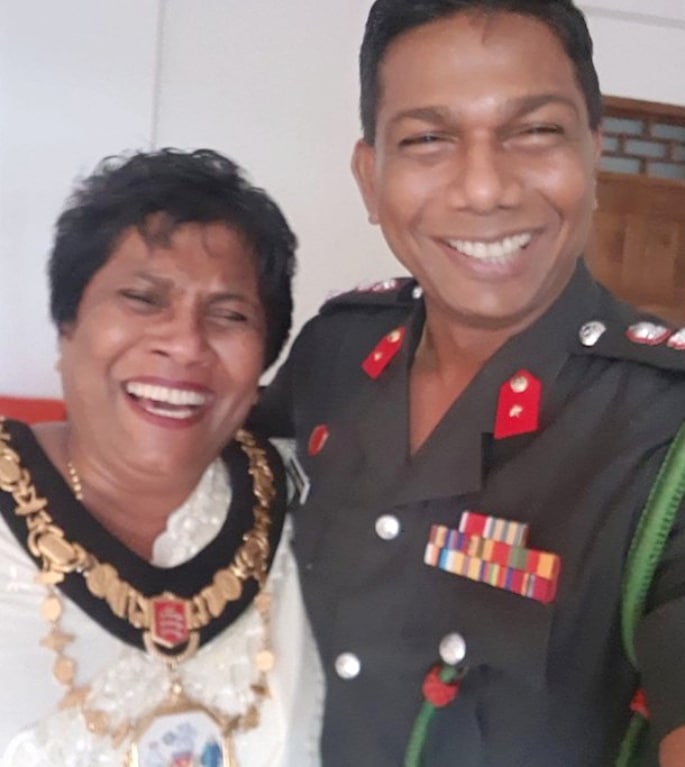 Many of them were Tamil and it took place outside the Sri Lankan High Commission in London.

A petition was handed to Harrow Council calling on Cllr Marikar to step down from her role. 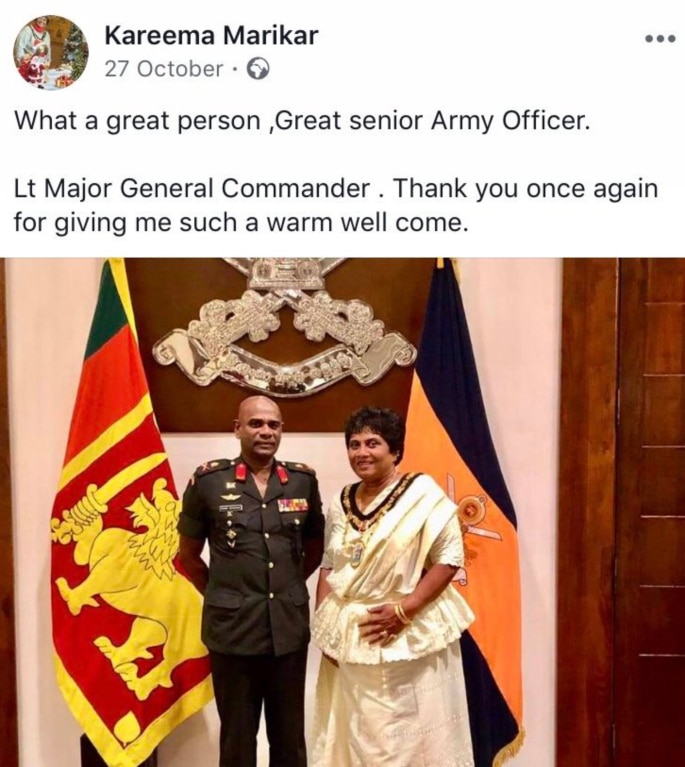 It said: “Most Tamil residents in Harrow escaped the war and came to the UK as refugees, and they still carry the scars of that war which killed many of their kith and kin in their former home country.

“We believe Ms Marikar’s judgement on this matter was very poor and her actions were offensive to the Tamil community she represents in Harrow.

“It was extremely upsetting to learn that Ms Marikar, who represents a large number of Tamils in Harrow and claims to have a detailed knowledge of Sri Lanka, chose to publish photographs with these senior military officials.”

After increasing calls for her to resign, the mayor issued an apology and stated that the photos had been removed from her social media account.

“I want to apologise unreservedly for any hurt or offence that this may have caused the Tamil community.”

However, Marikar made no reference to other military officials in the apology. In addition, residents were not satisfied with the apology.

One resident from Welbeck Road said:

“How can she represent Harrow when she has publicised photographs herself with a Sri Lankan army brigadier who has motioned a death threat against us Tamils.”

The Sri Lankan Civil War began when the ‘Tamil Tigers’ wanted to form an independent state. The war ended up lasting over 25 years before it ended in 2009.

Cllr Marikar was elected as mayor in May 2018. She has lived in Harrow for 28 years and has served as a councillor since 2010.

Dhiren is a journalism graduate with a passion for gaming, watching films and sports. He also enjoys cooking from time to time. His motto is to “Live life one day at a time.”
5 Indians arrested for Extorting Rs. 5 Lakh from Film Producer
How to Buy your First Home Quickly with StepLadder