A banker crashed his car into a taxi and injured two sisters. To avoid suspicion, he then lied to police that his car had been stolen.

"he said his jacket had been stolen whilst at a club"

Sohail Yousif, aged 28, of Bolton, was jailed for over two years after crashing his Audi into a taxi and injuring two sisters. The banker later lied to police about his car being stolen.

He had been driving home to Great Lever after drinking in a Manchester nightclub on February 9, 2019, at 4:20 am.

Yousif ended up smashing into the back of a taxi, injuring twin sisters Hannah and Rachel Marsh, both 22. He later fled the scene.

Joshua Bowker, prosecuting, explained: “The Audi was travelling at speed as it approached the taxi at the bend and failed to slow down despite the taxi being in view for some time.

“The collision forced the taxi into railings.

“The sisters went home and Hannah went to bed but couldn’t move in the morning and was taken to the hospital and kept in overnight.”

Hannah suffered a fractured pelvis while Rachel suffered a chipped tooth and soreness to her legs and back.

The taxi driver, Muhammad Naseem, suffered whiplash and his car was written off.

A few hours after the crash, Barclays financial advisor Yousif called the police to report the theft of his jacket which held his car keys.

Mr Bowker said: “Some hours after the crash a theft was reported by the defendant to police in which he said his jacket had been stolen whilst at a club in Manchester and his car keys were in the jacket pocket.

“Officers spoke to the defendant on the phone to try and establish where in the club he had been but the defendant was vague and unspecific and couldn’t give any exact directions as to where he was.”

Yousif was arrested after police found traces of his saliva on the airbag of his car. However, he answered no comment to all questions asked. 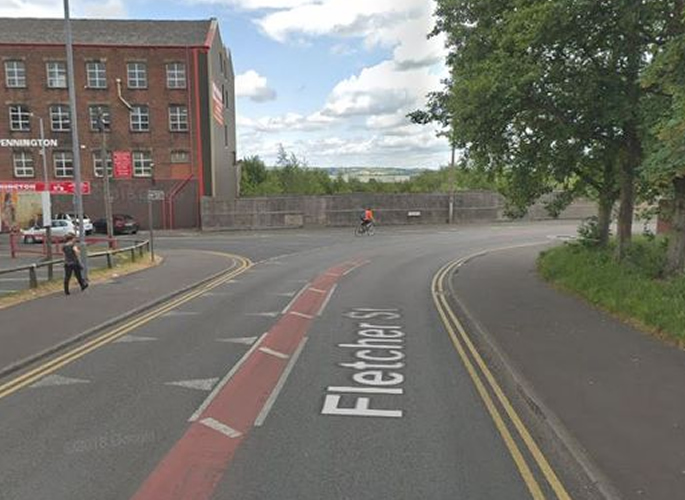 Yousif kept up his lie for more than 18 months before admitting he was the driver in early September 2020. He had a previous conviction for drink driving in 2014.

In a statement, Hannah revealed she had been left with “emotional trauma and serious anxiety which overwhelmed her doing day to day activities”.

She also said she no longer rides in taxis, finds it difficult to cross roads and was forced to take some time away from college.

Soheil Khan, mitigating, said Yousif “offered his unreserved apology for his behaviour”. He added that the banker “expressed remorse, shame and empathy for the victims”.

Judge Graeme Smith told the banker: “You are not the sort of defendant typically seen in these courts. You come from a decent family home, had a university education and have been able to obtain and maintain employment and supported your father through family difficulties.

“References speak highly of your character and involvement in the community with charity works so these offences come as a surprise.

“You had been drinking on this occasion but because you fled the scene there’s no information about whether or not and to what extent you were over the drink-drive limit.

“However you were driving at excessive speed and had consumed alcohol and did not see the vehicle that was clearly visible.”

Judge Smith said the banker failed to admit guilt and left the scene “where people could have been injured”.

He added: “Rather than hold your hands up to the offence you acted in a way which was no doubt an initial reaction of panic and then phoned and reported your car as stolen.

“At no stage after that until very recently did you back down from that course.

“You signed a police statement and when officers found your DNA was on the airbag of the car, even then you didn’t admit any guilt.

Manchester Evening News reported that Yousif was jailed for 26 months. He was also banned from driving for three years and will have to take an extended re-test.

Dhiren is a journalism graduate with a passion for gaming, watching films and sports. He also enjoys cooking from time to time. His motto is to “Live life one day at a time.”
£10,000 Fines for those who fail to Self-Isolate
Issa Brothers leading Race to Buy Asda for £6.5 billion