Will Smith is in Mumbai for spiritual purposes. It is the first time he has been seen since his infamous Oscars slap on comedian Chris Rock.

"the Smith family has been focusing on deep healing"

Will Smith was spotted in Mumbai, India, in his first public appearance since slapping comedian Chris Rock at the 2022 Oscars.

The actor arrived at a private airport and is allegedly in the country to meet with the spiritual leader, Sadhguru.

He was met with loud cheers, fans shouting his name and paparazzi snapping him up.

Although he seems to be in good spirits, this is a very tense phase for the Oscar winner.

There are reports that Smith wants to meet with the yogi to discuss his anger and temperament. He hopes to control his actions before they control him.

This comes off the back of one of the most viral moments of 2022 and Oscars history.

Chris Rock joked about Will’s wife, Jada’s, alopecia – a type of hair loss that can affect your scalp or entire body. Will was seemingly laughing it off.

But he suddenly approached the stage and slapped Chris, stunning the audience. Smith followed it up by shouting: “keep my wife’s name out of your f*****g mouth”.

Having laid low since the incident, Smith is in India on a search for self-discovery and healing.

Watch Will Smith arriving in Mumbai 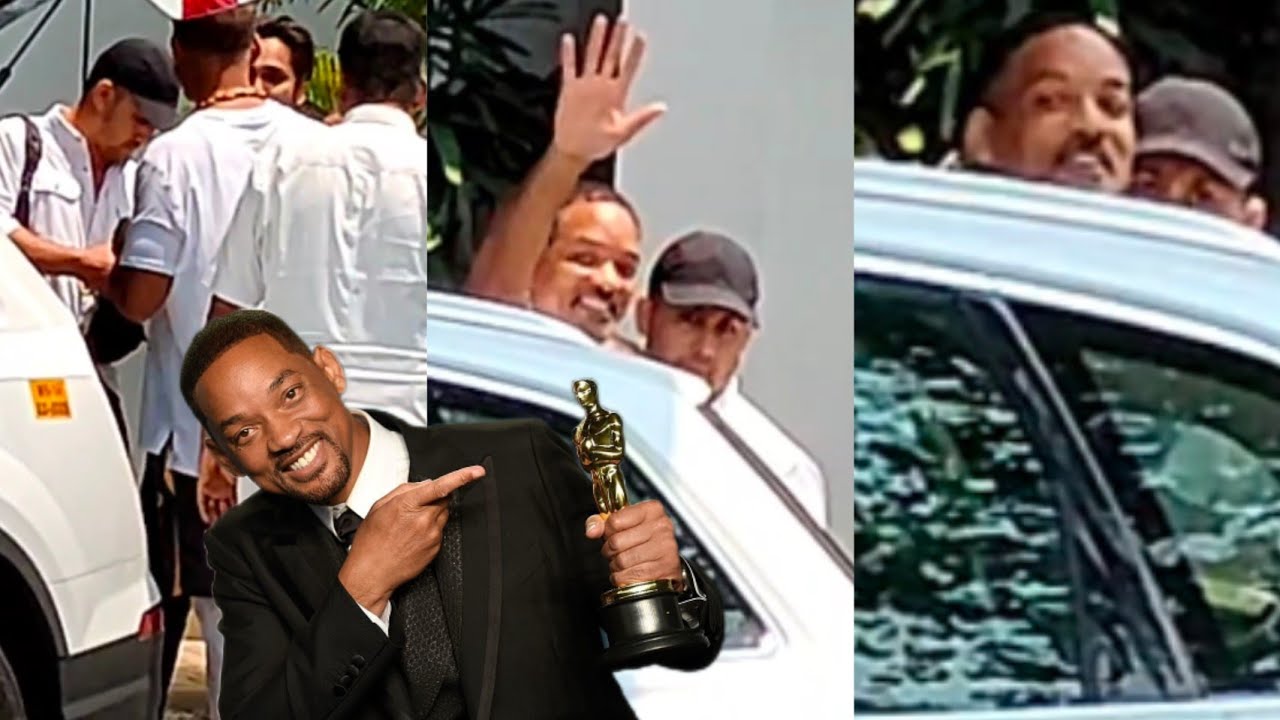 It is not the first time he is meeting up with Sadhguru. The pair also met in 2020 when the yogi visited Smith’s family in Los Angeles.

Smith’s daughter, Willow, was especially touched by his words. She stated that she was filled with “gratitude” as he guided her through an “existential crisis”.

The family, especially Will, are supposedly huge fans of Sadhguru’s philosophies. Smith has followed him since reading the leader’s book Inner Engineering (2016). Smith revealed:

“I wanted my family to meet spiritual people, to start interacting with people who are not hooked on the material world.”

With the actor’s silence and distance from social media, which he was incredibly popular on, it seems he has taken to India to rediscover himself.

After receiving a ton of backlash, the actor resigned from the Academy. He also received a ten-year ban from all of its events.

Smith accepted this decision and did issue an apology to Chris on Instagram that read:

“I would like to publicly apologise to you, Chris. I was out of line and I was wrong.

“I am embarrassed and my actions were indicative of the man I want to be.”

Jada also released a statement at the beginning of season five of her Red Table Talk show saying:

“Considering all that has happened in the last few weeks, the Smith family has been focusing on deep healing.

“Some of the discoveries around our healing will be shared at the table when the time calls.”

Several projects and movies have been put on hold following the Oscars controversy so Smith is hoping his trip to India aids this conflicted period.