Two men from Greater Manchester have received prison sentences after a tenant died in his flat from carbon monoxide poisoning.

"Neither Ahmed or Khan considered any alternative options"

Two men have been jailed after a tenant died from carbon monoxide poisoning.

Both men were found guilty of gross negligence manslaughter and Healthy and Safety offences whereby they had failed to ensure the health, safety and welfare at work of employees, tenants and the general public.

Mushtaq Ahmed owned the building in Wood Street, Middleton. He bought it in 2011 and converted the former public house into a ground floor shop with flats above.

Against the advice of Rochdale Borough Council, Ahmed began letting out five flats at the end of 2016. Joao Afonso was one of the tenants.

Shafaq Khan owned the shop beneath the flats, known as Diamond Mini Market.

It was caused by a petrol generator which had been installed in a storeroom inside the shop. The storeroom was directly beneath Mr Afonso’s flat.

Both men had a responsibility to comply with Health and Safety legislation.

Manchester Crown Court heard that the flats did not have a legitimate electricity supply. Instead, a direct to the mains connection had been installed.

As the landlord, Ahmed charged his tenants for electricity that was essentially being obtained for free.

On September 13, 2017, an electrician was sent out after the utility company became suspicious.

The electrician disconnected the electricity supply as the set up was dangerous with exposed live areas and scorched wires.

Khan was contacted with details on the steps he would need to take in order to have the electricity supply switched back on.

However, he ignored the advice and enquired about a petrol generator.

Khan contacted a local hire shop and claimed that he needed a generator to power his lights and fridges in the shop.

After hiring the generator, he and Ahmed placed it inside the shop and rigged up a double-ended plug, so that the electricity could be back-fed into the building’s supply.

After a customer warned the men of the dangers of using a generator indoors, they moved it into a poorly ventilated storeroom at the rear of the building, directly underneath Mr Afonso’s flat. 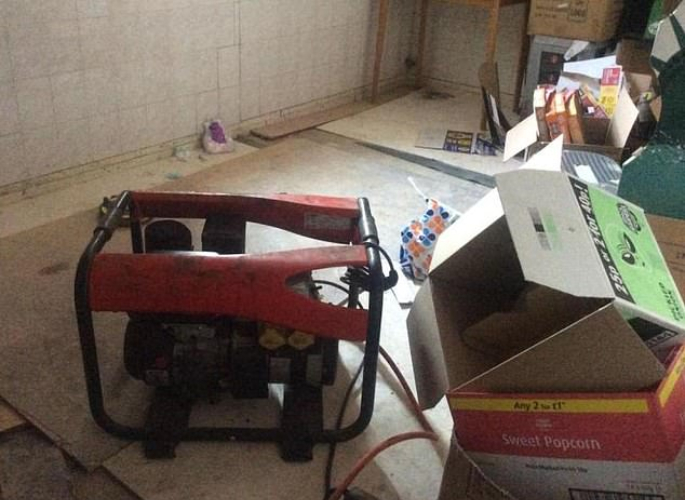 Neither Khan nor Ahmed conducted any form of risk assessment or research into the dangers of using a petrol generator indoors.

Khan’s defence claimed he did not have the knowledge to search the internet.

However, his social media profile showed pictures of him in front of the premises advertising the reopening and new name of his shop, ‘Who’da Thowt it Convenience Store’, several days after Mr Afonso’s death.

On September 13, Mr Afonso returned to his flat. The next day, a friend went to the flat after trying to call Mr Afonso and found the tenant dead.

A post-mortem stated that he died from carbon monoxide poisoning.

Days after Mr Afonso’s death, both men paid £5,000 to have the electricity supply legitimately reconnected.

In May 2018, an electrical supply company visited the premises and found that a petrol generator was again in use in the same storeroom.

“All of our thoughts today are with the family and friends of Joao, who was a hard-working man and had desperately missed his children whilst he was in the UK working towards a better life for them all.

“The fact that Ahmed and Khan paid for the electricity supply to be legitimately reconnected to the building days after Joao’s death, demonstrates their greed and desire to find the cheapest solution rather than the safety of their tenants, employees and general public.

“Had they have paid this debt instead of getting a generator, Joao Afonso’s death would have been prevented.

“Neither Ahmed or Khan considered any alternative options before the installation of the petrol generator.

“If they had, Joao would still be alive.

“Instead, their first priority was making sure the shop remained open, fridges remained on and stock not destroyed.

“There were a number of steps throughout this tragic affair which if the defendants had not acted through greed and gross negligence could have prevented Joao Afonso’s death.

“This successful prosecution has been a great example of how partnerships can work together for the same goal.

“The police, Rochdale Borough Council, the Crown Prosecution Service and Prosecution Counsel have worked together as a team to prove Khan and Ahmed’s total disregard to their respective Health and Safety responsibilities.

“I hope that this sentence serves as a strong warning to employers and landlords to consider their risks and take the appropriate steps to ensure the safety of the properties they own and to protect the lives of their tenants and the public.”

Rochdale Online reported that Khan, aged 50, of Rochdale, was jailed for eight years.

“Mushtaq Ahmed and Shafaq Khan showed nothing but complete indifference to the serious risk their actions posed to anyone entering the building at Wood St, actions which led to Joao Afonso’s untimely and needless death.

“They totally ignored their individual Health and Safety responsibilities and placed their business needs and greed before the tenants, shop employees and customers.

“Not only was the electricity supply into the building illegal and unsafe, the defendants’ actions in using a petrol generator and placing it in a confined, barely ventilated storeroom directly under Mr Afonso’s flat was grossly negligent.

“It is satisfying to know that the jury agreed that Mr Khan and Mr Ahmed’s actions caused Mr Afonso’s death and such actions were found to be grossly negligent to the criminal standard of proof.

“We hope this conviction is a clear warning that Health and Safety Legislation will not be ignored and will be vigorously prosecuted in order to make the community a safer place for all.

“This has been a very complex case involving expert HSE evidence.”

“It has required a close working partnership with Greater Manchester Police and Rochdale Borough Council to build a clear and compelling prosecution.

“The tragic circumstances in which Mr Afonso died continues to have a devastating effect upon his family here in the UK and in Portugal and I would like to continue to offer my deepest sympathy to Mr Afonso’s family.

“It is very sad that Mr Afonso’s death could have so easily been avoided if Khan and Ahmed had acted responsibly.”

Dhiren is a journalism graduate with a passion for gaming, watching films and sports. He also enjoys cooking from time to time. His motto is to “Live life one day at a time.”
Taxi Driver killed Wife with Hammer & Knife as Children Slept
Pakistani Politician marries 14-year-old Girl