Sadia Siddiqui ~ Pakistani Londoner Who Calls the Shots on the Catwalk

"I had an edge... I don't generally have a filter. I say whatever I want to say without any inhibitions"

Sadia Siddiqui is the mother of Laila Naim – the Pakistani child model who took the world by storm with her Burberry ad campaign. But it will just be too unfair to make this the central definition of her existence.

Sadia is very much on her way to becoming the doyenne of fashion production. She is the brains behind Fashion Parade London that brings some of the best from the industry to London every year.

In an exclusive interview with DESIblitz, Sadia Siddiqui opens up about her brief encounter with the modelling world, her shift to television and her fashion enterprise. 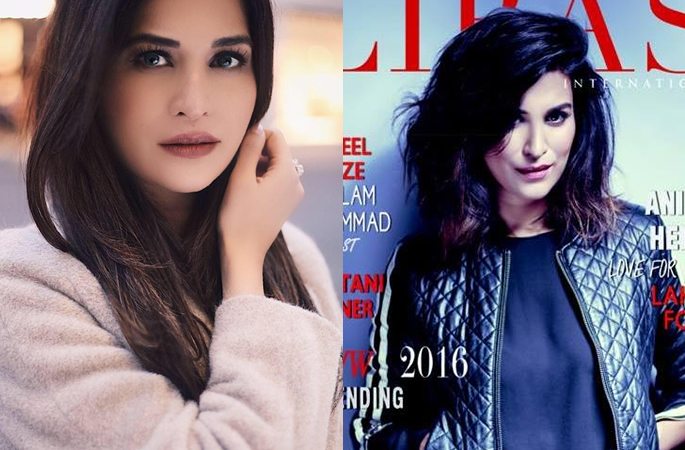 Sadia’s journey goes back 16 years when she first moved to the UK. After a few modelling assignments and a fleeting stint as a modelling agent, she landed an opportunity to present for a show called Talking Divas on ARY channel:

“The modelling agency did quite well but I got bored of it after a while. There is only a certain amount of creativity that goes into the modelling business and I wanted to do more. I found it to be very limiting,” Sadia Siddiqui shares with DESIblitz.

“So then I became part of Talking Divas with my wonderful friends, Sanya and Faryal. It was a talk show and I had always been a chatterbox who had something to say about everything. I realised that it offers you a position where you can speak up on issues that you feel strongly about and that’s how I got the bug for television.”

Soon after the show finished, Sadia met up with Kevin Rego of B4U Entertainment and produced the channel’s first serious talk show filmed entirely in London.

Yes, you guessed it right. Sadia Siddiqui is the bold, beautiful and sharp-witted presenter who rubbed shoulders with the likes of former Pakistani President Pervez Musharraf and legendary British-Indian actor Saeed Jaffrey on the show, Achievers:

“I produced the show, I wrote it and I presented it. Apart from the dodgy hair and makeup in the first season, I really enjoyed learning from the people I interviewed,” Sadia reminisces.

“For instance interviewing Sabyasachi Mukherjee was the kind of an opportunity that allowed me to discover and tap into the mind of a genius.

“Everything that came out of his mouth made perfect sense and I just did not want to end the interview. I think I wanted to be his best friend. He is a creative force and his humility and approach are just inspiring.”

“And then there was Pervez Musharraf. He has to be one of the most charming politicians around. He is very endearing and very politely evaded questions that he did not want to answer but wasn’t dishonest.

“But you know journalism is a tough job and I studied hard about the people coming on the show,” she adds.

“I had an edge, however, in that I don’t generally have a filter. I say whatever I want to say without any inhibitions. And this really bold way of interviewing was what struck a chord with the audience and we ended up doing three seasons of the show.” 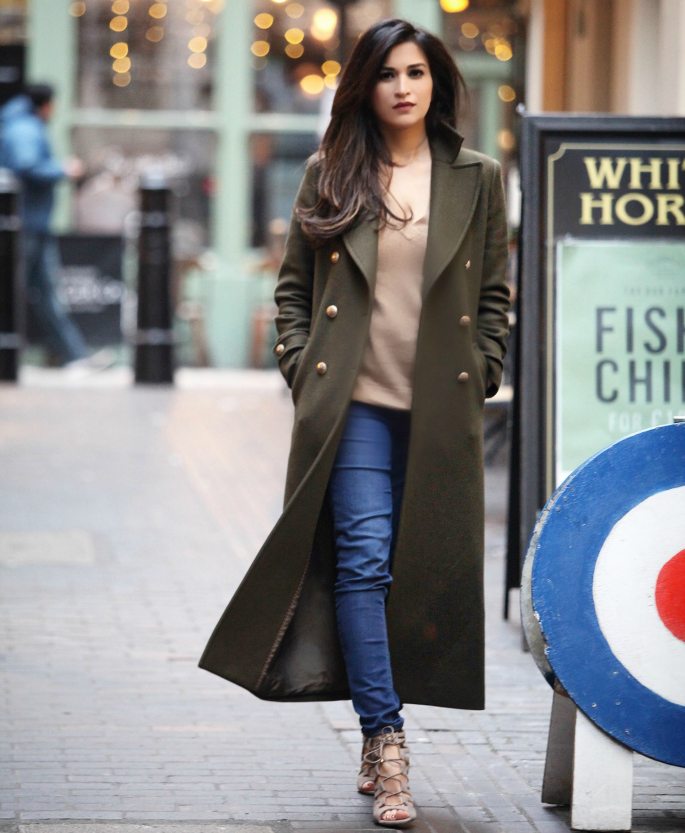 It was while producing Achievers that Sadia Siddiqui established her own production house – Mustang Productions – that later found it’s purpose in the realm of fashion and has proven to be a critical career move.

Under its umbrella, Sadia has not only produced the Aashni and Co. wedding show but also Manish Malhotra’s solo show at the Dorchester, London, in partnership with UBS. But for Sadia, it’s the annual Fashion Parade that set things in motion for creating runway alchemy:

“When you have something great to offer but there is no opportunity out in the market then you create the opportunity yourself,” Sadia points out.

“There was a certain type of fashion show that I wanted to do. I wanted to give away the theatrical runways and choreographed segments that required models to walk and form a triangle or a circle.

“Such formats had value back in the day when they started but the world of fashion has moved forward and Pakistan is sort of stuck in doing stage shows with models following complicated, choreographed routines.

“So, I decided to do Fashion Parade along the lines of international fashion weeks. Whatever little I had, I use it to create flat ramps, get stylists on board and create a theme.

“The idea of a fashion show is to see the garment and somehow, I felt, we were mixing things up, where it seemed like a theatrical production, and were not taking fashion seriously.”

“With that people started to take notice of what Mustang was doing and opportunities poured in.”

The Best of Pakistan in the Heart of London

“Fashion Parade has big names because you want to create the pull; you want to promote the show and you want media to come and talk about the show. Journalists can be very unforgiving when you have a fashion show with no big names,” Sadia Siddiqui says. 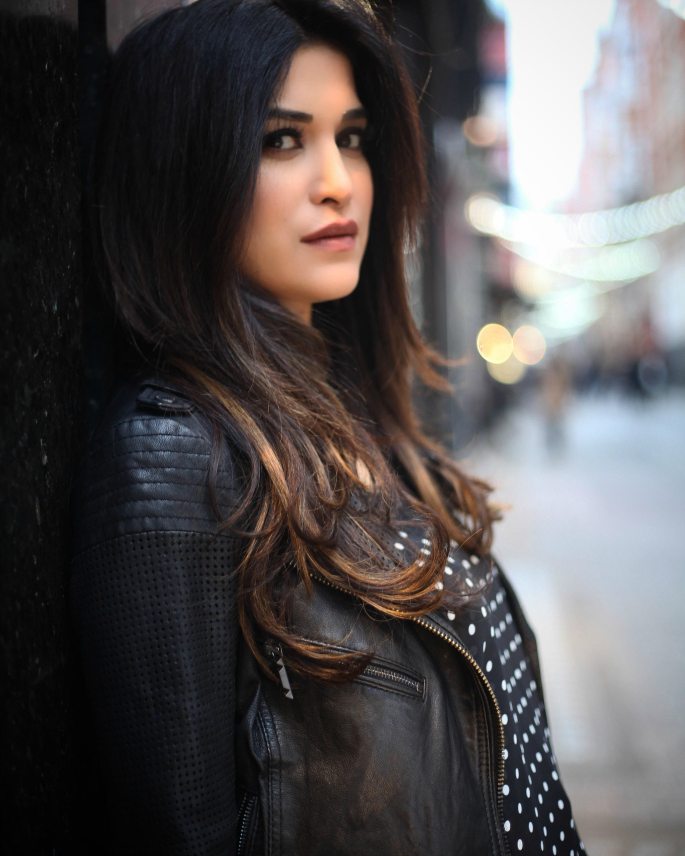 “But at the same time, we promote the young and youthful talent of Pakistan. For example, Seher Tareen of Studio S has been with us for three years. She is an amazing young designer and entrepreneur.

“The idea is to promote the best of Pakistan and when you attach a country’s name to a show, there is a certain responsibility that comes with it; you have to make sure that it’s a great show.

“And that it’s a show which can be internationally appreciated and meets international standards. So that it reflects well on Pakistan.

However, as with every fashion showcase, the Fashion Parade has also been subjected to some staunch criticism.

Primarily over the purpose it intends to serve for it’s neither a public event guaranteeing sales nor does it offer much of a learning curve by being an avenue for collaborations.

In fact, the Fashion Parade is meant more for the inner circle by being an invite-only event for a select audience. 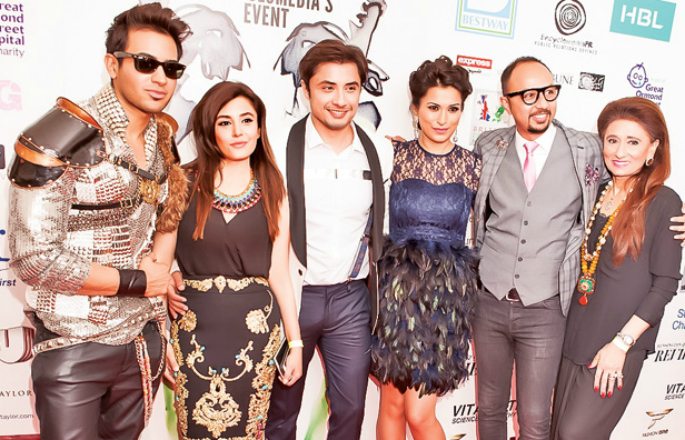 Sadia Siddiqui, however, is confident over the identity that Fashion Parade has; it’s not a platform to sell:

“The purpose of Fashion Parade is not to sell but to brand, promote and create awareness about Pakistani designers.

“When you are putting out an advert for say Nescafe on television, the team doesn’t know what the returns will be from that particular ad right away. It translates into sales later on. And that’s called branding. I brand these designers,” Sadia Siddiqui stresses.

“A lot of the people that I invite are from the mainstream as well as from the Indian community because you never know who the outfit strikes a chord with.

“For example, Rihanna’s stylist got in touch with Ali Xeeshan post the showcase and this year, Nomi Ansari and I got 10 minutes of studio time on BBC World television just the day after the show which is amazing.

“Nomi was invited with his collection and that’s the best kind of promotion a Pakistani brand can get. Something can only translate into sales if there is awareness regarding it.

Exuding the same level of confidence and holding onto her very own bible of fashion production, Sadia recently made her way to Pakistan to transform the PSFW 2017 runway.

The usual single, grand space format was changed to two separate areas where alternate collections were showcased. Local critics seemed to love the layout, energy and vibe and welcomed the new brand of a fashion showcase.

Daughter Laila Naim and Passing on the Gene 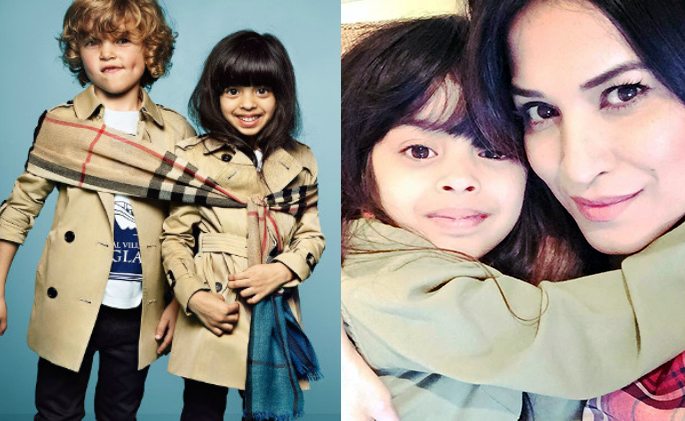 When it comes to branding, Sadia Siddiqui’s daughter, Laila, became responsible for the brand that is ‘being Pakistani’ quite early on in her life.

The five-year-old, at the time, became an overnight star and perhaps the best-desired representation of Pakistan’s modelling industry as the face of the Burberry for Kids campaign. It’ll be safe to say that her fame transcends that of her mother.

But it seems that her mother is not letting that get to her head. Laila, who walks into the room in the middle of our conversation in a pair of fashionable jeans and a ditsy floral top, is more concerned about the pain in her ear and the antihistamine that will fix it for her to go to school the next day.

Fresh off the boat of a prestigious Vogue editorial, Laila seems like just another kid in her pre-teens:

“As much as the world knows about Laila, Laila does not know about the world. She doesn’t know that she has done anything special because we have kept her extremely grounded,” Sadia makes a point.

“She has just done a shoot for Vogue and was the first Pakistani kid to do a Vogue editorial and while that was a huge moment for me because Vogue is like the fashion bible, Laila has no idea what Vogue is. She just went for another shoot. Her friends, teachers and the principal don’t talk about it.” 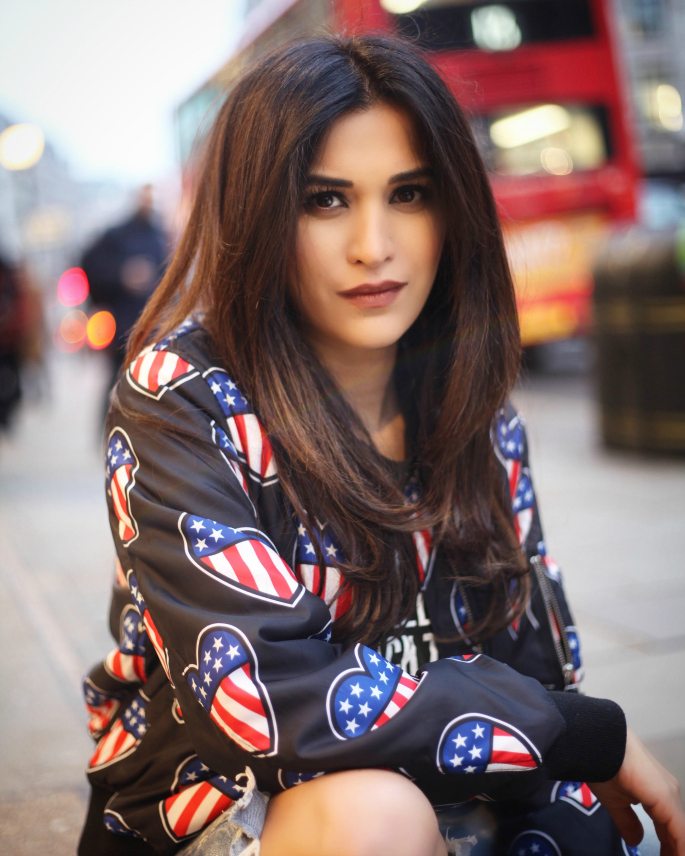 A loving mother and a focused businesswoman, Sadia Siddiqui is one of the many modern women who defy Mira Rajput’s notion of a perfect parent.

She is well aware of the amount of effort and attention required to raise a child as well as the amount of commitment and dedication needed to succeed in the business of fashion.

She has surely raised the bar of how Pakistani fashion is projected on to London and has worked hard to brand its image such that it is up to par with international standards of showcasing fashion. And she has taken her idea back home where reviews of her work are still being posted.

And when all done, it won’t mark the end of her journey for Sadia Siddiqui has quite a bit in store for the coming year.