An Ealing restaurant owner has slammed a £2,000 Gatwick quarantine hotel for “inedible food” and feeling “like a prison”.

“Whoever is making the food, it tastes awful."

The owner of an Indian restaurant in Ealing has said his quarantine hotel near Gatwick Airport felt “like a prison”.

Manik Miah owns the Haweli restaurant and returned from Bangladesh on August 18, 2021, and entered a 10-day quarantine at the Sofitel Hotel.

Bangladesh is on the UK’s red list so people must quarantine in a government-mandated hotel for 10 days.

Following changes announced by the government earlier in August 2021, the cost of staying at a quarantine hotel increased to £2,285 for one adult.

Manik previously revealed that he was in £50,000 of debt due to a fall in customers due to the pandemic.

He said: “You want something decent, we’re paying nearly £2,400, that’s a huge amount of money for anyone to pay when they have no choice.

“To be honest if I had options, I would not pay [for the quarantine hotel] especially with how they treated me here, the menus are never the same.

“The hotel manager still hasn’t come to me since I complained last Friday.”

He called the food he received at the hotel “awful”.

Manik said: “Whoever is making the food, it tastes awful. It is inedible [and] it doesn’t taste authentic.

Because of the “awful” food, Manik had to order food from Asda, KFC and had his brother dropped off to him.

He continued: “I don’t think anybody should have to go through that.

“If the government was providing it for free, it’s different. You can’t treat people like animals.” 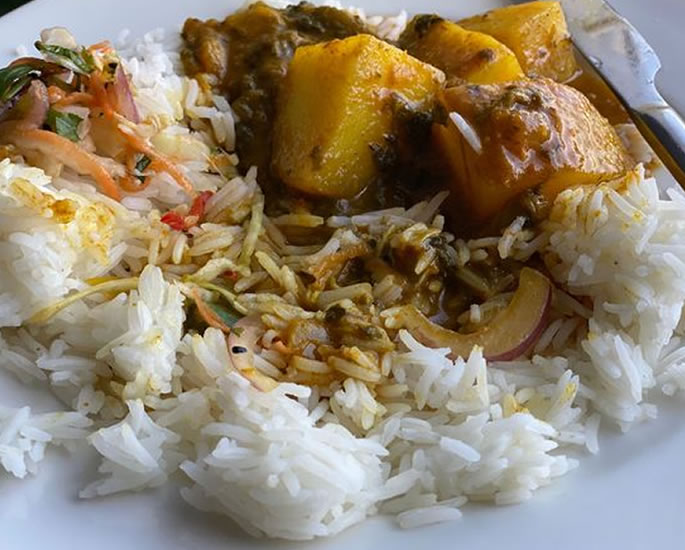 Manik added: “They need to get a grip on the food and I’m very sure I’m not the first person to complain.

Manik said he felt like he was “in prison”, which was particularly distressing.

Manik arrived in Bangladesh in July 2021 and went on a “frantic search” to find a free hospital bed and oxygen supply for his mother, who contracted Covid-19.

Although he found space in a hospital, Manik’s mother sadly passed away.

Whilst in Bangladesh, four other relatives also passed away.

Manik’s father, a British national, remains in Bangladesh awaiting a UK-approved Covid-19 vaccine before returning to the UK.

He said his time in quarantine increased his “stress” following the loss of his family members.

“I felt trapped in the hotel room for 24/7. Why bother having two vaccines and tests and still need to quarantine for ten days?

“Is it money that our government wants or to make people’s lives more stressful?

“I feel like I am in prison with no choice. This has left me as a very stressful man with less confidence”.

“With large numbers of guests from a number of different countries and nationalities, we are catering for a range of religious and medical requirements.

“We are aware Mr Manik has made a number of requests which we did our utmost to accommodate.

“We appreciate these are challenging times and continue to work with guests to ensure preferences are noted and catered for wherever possible.”

A Department of Health and Social Care spokesperson said:

“Our top priority is protecting the public and our robust border regime is helping minimise the risk of variants coming into the UK.

“Wellbeing support is provided to individuals during their quarantine period and we are making every effort to ensure that everyone’s needs are met at quarantine facilities and we expect providers to do their utmost to address any concerns raised.”

“CTM’s appointed role in the Managed Hotel Quarantine Programme is limited to enabling travellers to book their quarantine hotel and testing kits online via a dedicated website, or via phone and email.

“Service levels at each hotel within the Managed Hotel Quarantine Programme are the responsibility of the hotel operators.”