Prisoners’ Families: The Silent Victims on the Outside

Prisoners’ families are often neglected by the justice system. However, are they the key to reduce reoffending and intergenerational crime?

"I had no idea what was going on"

The arrest and imprisonment of a loved one can be a traumatic experience. However, prisoners’ families often have no support and guidance.

Yet, the difficulties such families face are silenced due to a sense of isolation, shame, and stigma.

The ripple effects of arrest and imprisonment do not stop with the person criminalised.

We explore what prisoners’ families go through and whether involving them more can have a positive effect.

Most assume it is those who have or have had a loved one in custody/prison.

However, it is important to note there are two types of prisoner/offender families requiring support:

Research shows that imprisonment can substantially impact the lives of family members, both adults and children.

Emotional, financial, and health difficulties increase when a loved one is arrested.

Also, families of prisoners face considerable challenges when navigating their way through the CJS.

Often, this is due to a lack of knowledge of procedures and what support exists.

Thus, in the eyes of organisations guiding such families, support must be more visible and accessible.

UK Prisoners and Their Families

In the UK, BAME groups constitute 13% of the population.

Yet, in March 2020, BAME individuals made up 27% of the prison population.

45% of young offenders are classified as BAME in England and Wales.

A significant number of Muslim prisoners also make up 45% of young offenders.

The Prison Reform Trust asserts that the cost of BAME over-representation in the UK prison system is approximately £234 million per year.

Grassroots Birmingham-based organisation Himaya Haven CIC specialises in supporting families who have had or currently have loved ones in custody and prison.

At Himaya Haven, most of the families supported are from Pakistani and Kashmiri communities in Birmingham, UK, and identify as Muslim.

Although, the number of Muslim prisoners is far more than this.

Furthermore, in the West Midlands, where Asian women make up 7.5% of the female population, they constitute 12.2.% of first-time entrants to the CJS.

Moreover, Asian people are 55% more likely to be sent to a UK prison for an indictable offence at the Crown Court.

These statistics continue to raise questions about how and why such disproportion exists.

This number reflects pre-trial detainees/remand prisoners and those convicted and sentenced.

The need for action on this issue has led to organisations encouraging international discussions.

For example, consider the work of network Global Prisoners’ Families based in the Centre for Criminology at the University of Oxford.

This network aims to promote and develop research looking at prisoners’ families.

At a global and national level, the experiences of prisoners’ families must be acknowledged across all government sectors.

Why Use The Phrase Silent Victims? 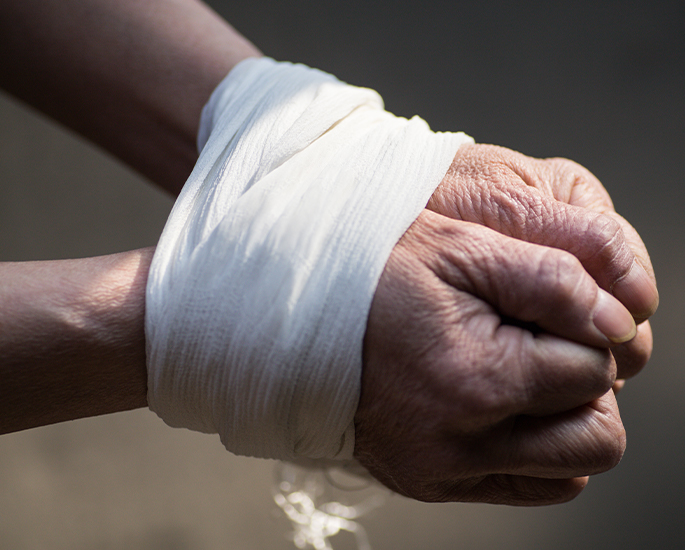 Victims are those affected emotionally, psychologically, financially or physically by perpetrators of crime.

Razia T Hadait, a community worker for over 20 years, explains:

“They’re the silent victims on the outside because no one recognises them as being victims.

“People think they don’t suffer, but they do suffer.”

“They suffer in silence because they don’t want to talk about having someone in prison.”

This term highlights that families need support navigating the CJS and their new realities.

Many families experience a sense of isolation and marginalisation.

Moreover, this is particularly true for those from South Asian communities due to cultural expectations.

A reality reflected in the words of Alisha Begum*. Her brother was arrested and imprisoned for the possession of drugs in England.

Speaking of her experience with the judicial system, she says:

“We were not thought of and felt guilty for thinking, ‘what about us?’.

“Mum panicked when my cousin told us my brother had been arrested.

“I had no idea what was going on and what would happen since he didn’t phone.

“He was over 18, so the police wouldn’t tell mum or me anything.”

Third sector organisations (non-profits and charities) like Himaya Haven and PACT can provide essential support and information to families from the onset.

Yet families are usually unaware that such support exists.

The chaos of emotions they experience can prevent them from searching for organisations.

Hence why BAME families such as Alisha’s often feel forgotten.

They must learn and understand judicial procedures and law in isolation, alone.

From the onset of arrest, the impact on families is multi-dimensional and can have long term consequences.

Emotions such as shame, stigma and guilt can also dominate.

Farrah Ahmed’s* son was arrested when he was 24-years-old in Birmingham.

She explains the impact this has had on her emotional wellbeing:

“My legs gave way when I had the call about the police arresting him.

“I spent days asking myself where I went wrong.”

“How he could go this way when I did everything to make sure he didn’t go down the path of his Aba and that side.”

Her words highlight how loved ones can blame themselves for the actions of offenders.

This guilt can cause significant emotional strain.

The Children of Prisoners

Many describe children of imprisoned parents as victims of a ‘hidden sentence’.

Imprisonment of a parent/loved one can affect a child’s sense of identity, belonging and safety.

This also means the parent/carer on the outside can find themselves with new financial burdens.

UK data shows that about 54% of offenders have children under 18 when they enter custody.

In Europe, an estimated 2.1 million children have a parent in prison.

Furthermore, children of offenders are at heightened risk of engaging in crime.

In turn, substantial evidence shows that family and friends are a critical source of reintegration and rehabilitation support.

Indeed, UK data shows, between 40% to 80% of those newly released rely on their families to overcome obstacles, like unemployment and homelessness.

Covid-19 and its Impact on Prisoner Families 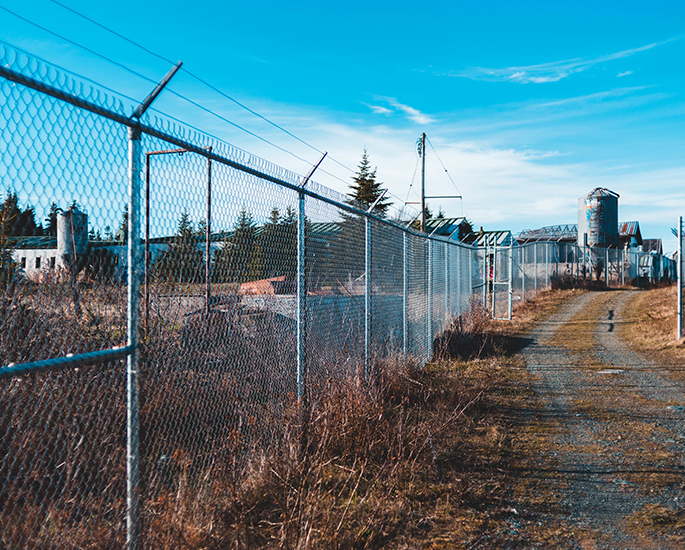 The effects of Covid-19 has increased pressure on families, who face growing amounts of uncertainty.

To prevent any further outbreaks of Covid-19 in UK prisons, family visits were reduced.

All this has added to the concerns families face for their loved ones.

Research from the UK Ministry of Justice (MoJ) shows that prisoners who receive visits from a family member are 39% less likely to re-offend.

In 2021, the introduction of Purple Visits (video calling) to contact prisoners in UK prisons, were welcomed by families and organisations across sectors.

Yet, this move to digital communication has raised issues around digital poverty and inequality.

Issues of poverty and mental health and wellbeing continue to have an impact.

Offender and prisoners’ families who are facing other forms of hardship, face further exclusion due to Covid-19 regulations and governmental cuts.

The Police, CJS and Inter-Agency Connections 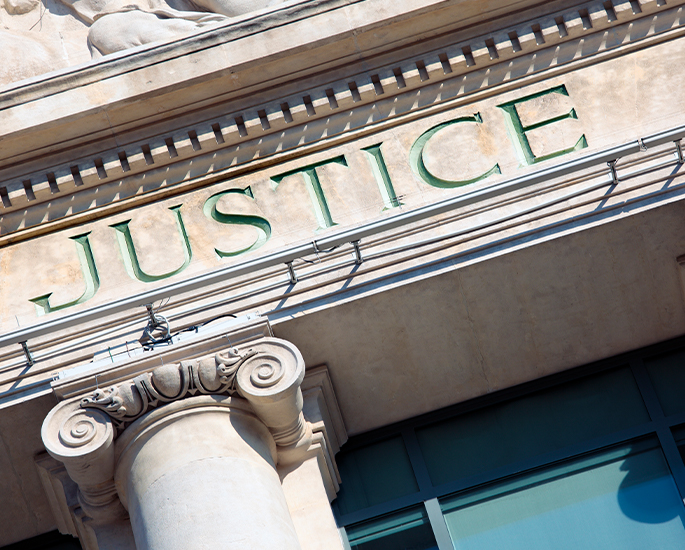 However, conversations with those from the third sector suggest there are gaps.

There is a massive knowledge gap of the support existing for prisoners’ families as they navigate the CJS.

Razia Hadait, CEO at Himaya Haven, says the CJS referral system is a barrier for her organisation in reaching families:

“I would say one is the referrals. The police have that first contact when it comes to arrest, they have a portal to refer families to us.

“But referrals don’t occur as they should.”

She goes on to say:

“The other thing is that we need to work with the police to get into the custody suites, so families have support from the get-go.

“When people are remanded, it’s key they are referred to us, and that way families will get help.”

Accessing support can be problematic at an individual level due to stigma, isolation and lack of trust. 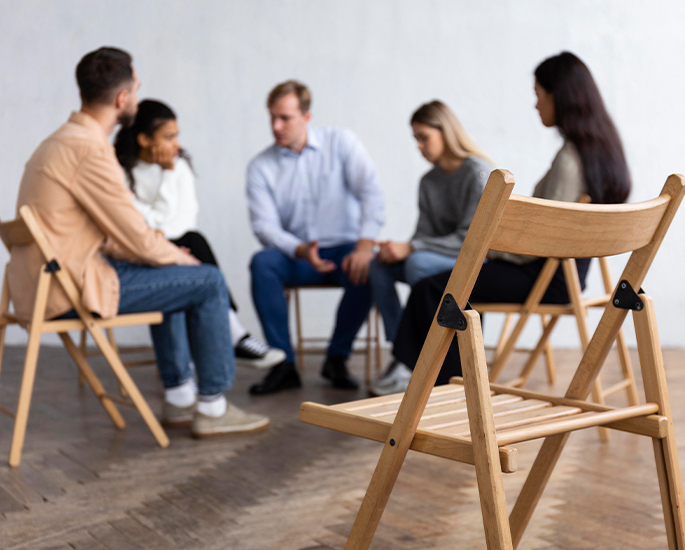 Grassroots organisations have a rich and multi-layered understanding of the needs of families and communities.

In turn, mental health and wellbeing needs to be engaged far more and supported across organisations and governments.

Prisoners’ families are key in helping those imprisoned integrate back into society and help reduce intergenerational crime.

Somia is completing her thesis exploring racialised beauty and shadeism. She enjoys exploring controversial topics. Her motto is: "It's better to regret what you have done than what you haven't."

Does Life Really End at 25 for a Desi Woman?
Can a Feminist Desi Woman have an Arranged Marriage?