Pakistani TikTok stars, Dr Madiha Khan and MJ Ahsan have shared the beautiful photos from their wedding and the events leading up to it.

Dr Khan, who has over 3.6 million followers on the video platform, posts videos about fashion, health and beauty on the social media platform.

Meanwhile, her now-husband has 2.6 million TikTok followers and uploads various types of content including comedy skits.

The content creators had their official nikkah ceremony in front of close family and friends in Karachi, Pakistan in May 2021.

This included other Pakistani TikTokers such as Rabeeca Khan and another couple, Kanwal Aftab and Zulqarnain Sikandar.

However, due to the coronavirus situation at the time, they were unable to celebrate the marriage to the lavish standards that they wanted.

Although the pair did manage to go on a honeymoon in Kumrat Valley, Pakistan, known for its lush forestry, shortly after the nikkah.

They shared the photos and videos from their romantic trip not only on TikTok but also on both of their respective Instagram pages.

Now, they have also shared photos and videos from various events in the lead up to the actual wedding on Tuesday, December 14, 2021.

Photos from her bridal shower showed Dr Khan looking ethereal in a long, white dress by Parien House coupled with a flower crown. 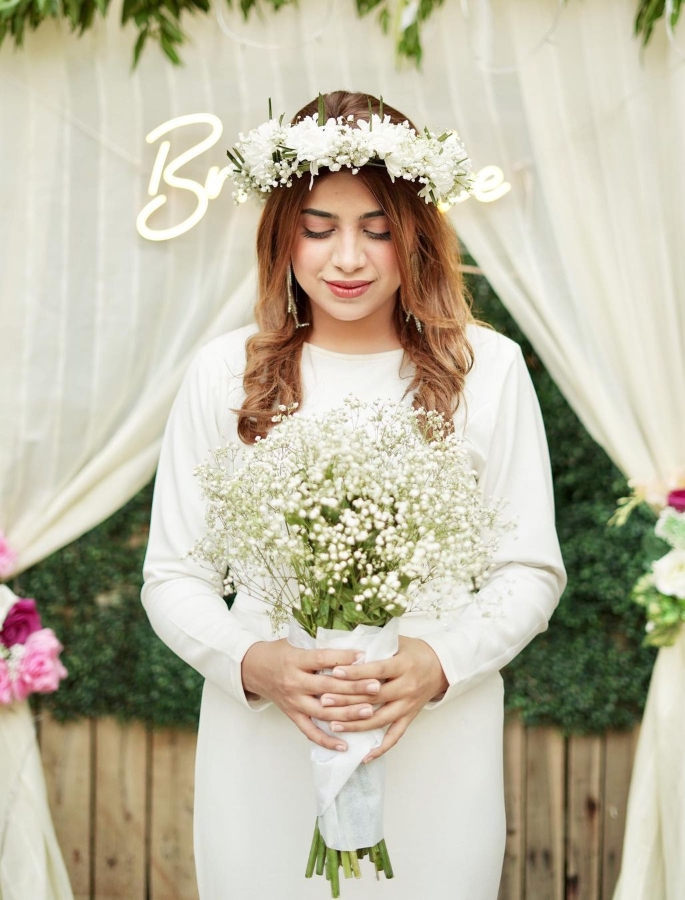 Ahsan also posted images of himself in a white suit with gold buttons from his bachelor party at Sadiq Farmhouse in Lahore. 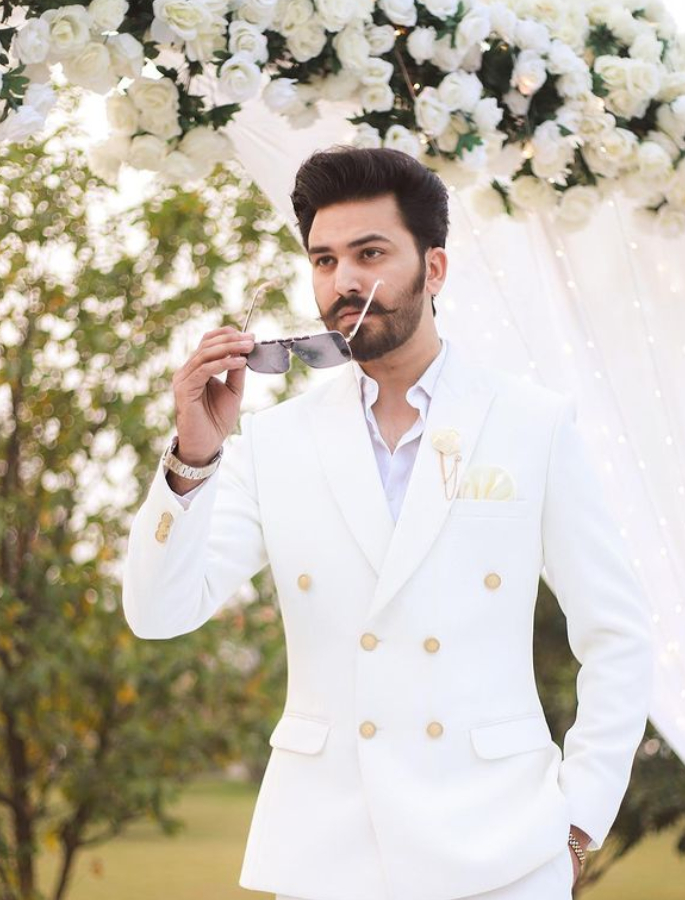 Dr Khan shared images of herself in an intricate yellow lehenga by Maha Wajahat Khan which she wore during her Haldi ceremony.

The outfit was paired with jewellery from Makdam and shoes from Dazzle. 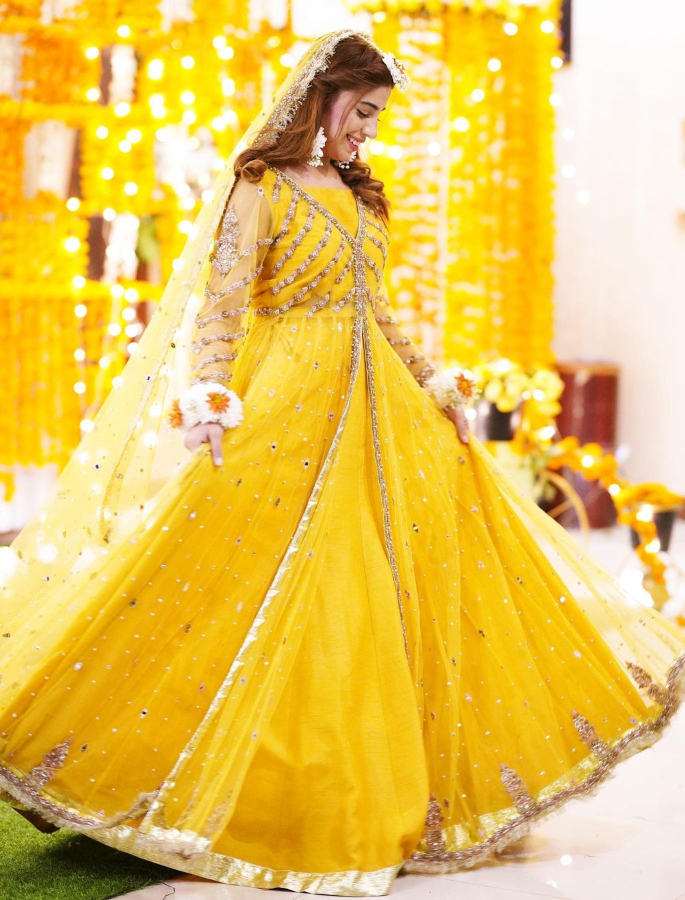 The TikTok stars also uploaded photos from her mehndi night featuring them both together.

The bride is seen wearing a stunning red-orange lehenga.

The outfit was also created by Maha Wajahat Khan. She paired the outfit with jewellery from Bukhari Accessories.

Her husband joined her in a matching red sherwani. 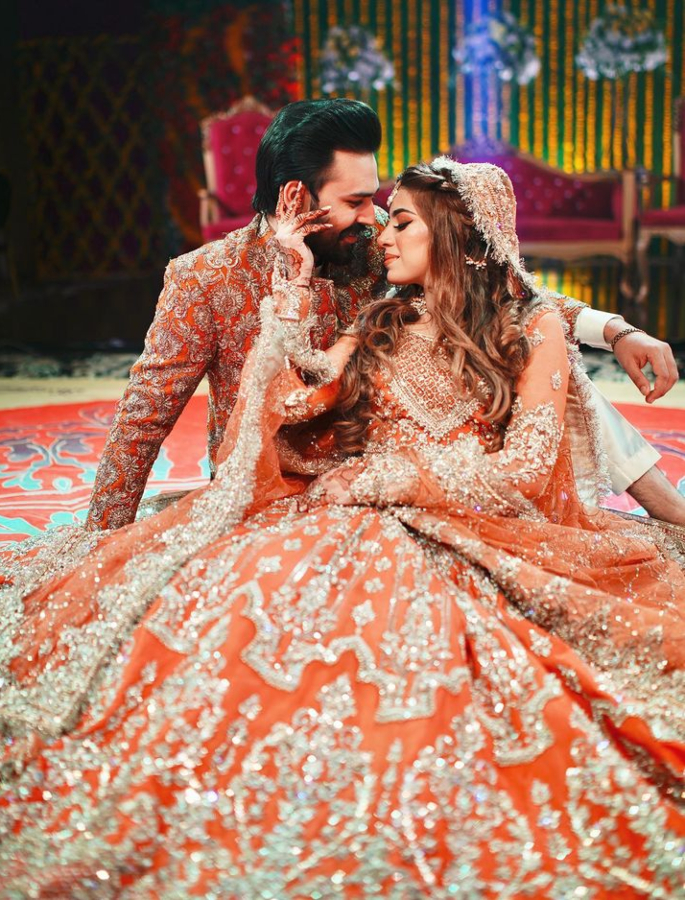 On Barat day, the tradition of the groom taking the bride to her new home, he switches into a black sherwani by Humayun Alamgir.

Dr Khan swaps into another red lehenga, this time lighter and designed by Kehkeshan with Jewellery by Meenar Jewellers.

Both outfits provide a fitting contrast to one another. 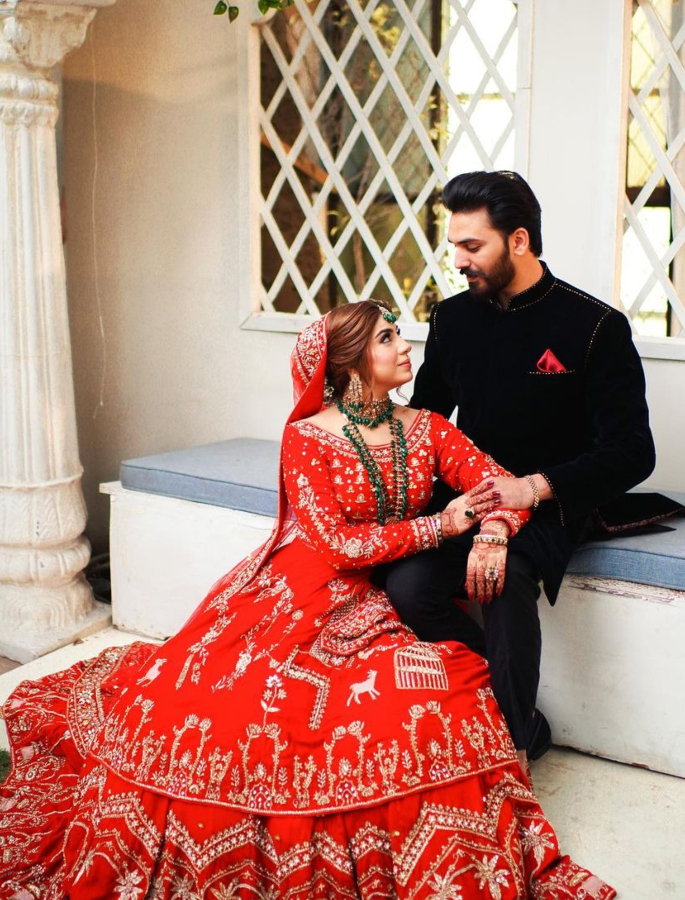 Then on the wedding day itself, the TikTok Stars match once again in a cream lehenga and sherwani. 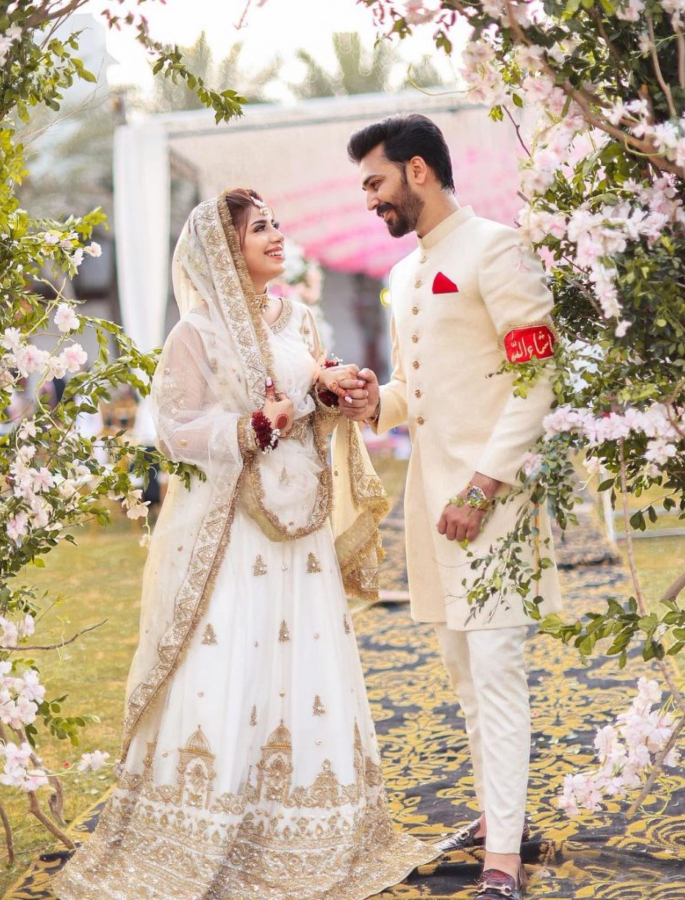 In addition to having large TikTok presences, the couple also has large Instagram followings.

Dr Madiha Khan has 1.7 million followers on Instagram while MJ Ahsan, whose full name is Ahsan Amjad, has over 800,000.

Naina is a journalist interested in Scottish Asian news. She enjoys reading, karate and independent cinema. Her motto is "Live like others don't so you can live like others won't."
Man ‘Spat’ on Injured Teenager after Violent Assault
Pakistani Bride carries Picture of Late Mother to Wedding