The rumours that Mia Khalifa has split up with Jhayco continue and now, Mia has shared a post about manipulation.

Mia Khalifa has shared another cryptic post, seemingly hinting that her ex-boyfriend was “manipulative”.

The former adult film star had been in a relationship with Puerto Rican rapper Jhayco for the best part of a year.

The pair travelled to Ibiza and posted loved-up pictures on social media.

Mia even shared a racy confession whilst sharing secrets with her followers. She asked fans to send in their questions for her, prompting one to ask if she had done “it” while on the romantic getaway.

Not one to shy away from her bedroom antics, Mia responded: “Hell yeah.” 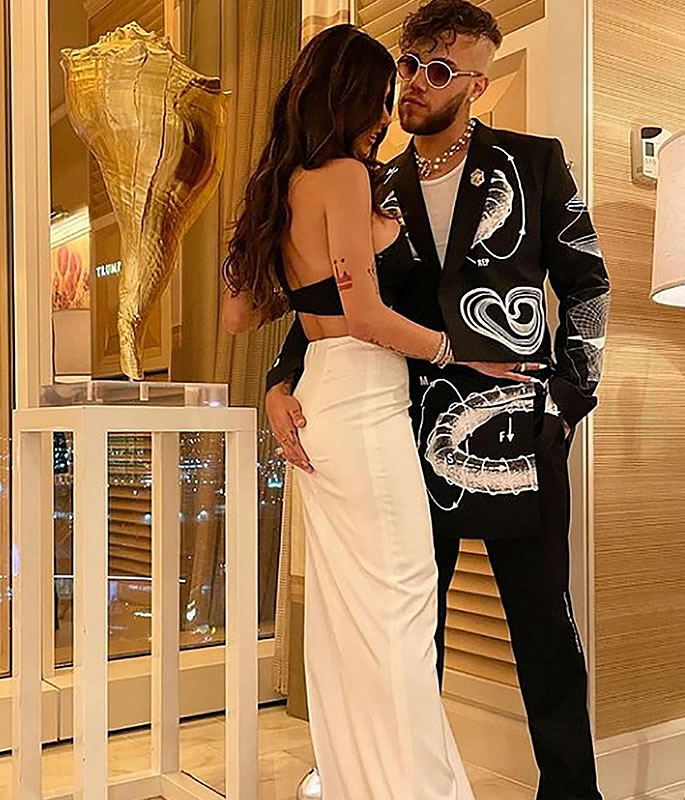 However, it is rumoured that they have since split up.

Mia has also been sharing cryptic posts hinting that they did not end on good terms.

She has now seemingly aimed a dig at the rapper by sharing a meme on Twitter.

Mia shared a picture of a white door with a plaque that read: “Manipulation room.”

Men be like “I know a place” and take you here pic.twitter.com/8P3PsbnPSJ

Many criticised her for generalising all men as manipulative.

One said: “Thanks for generalising the conduct of less than 1% of men to the rest of us.”

A person commented: “Yeah, so, just because someone manipulated you and made your life hell, this means that we are all the same?

“It ain’t our fault you chose the a*****e. There are real kings out there, just have better judgement.”

Others said that women can also be manipulative.

One person wrote: “I think there’s a autocorrect not Men, Women do this.”

Another said: “Yeah I’ve had women take me to that room before as well.”

Another said: “You’re such a hypocrite that’s actually funny.”

“But hey you rely on those men to buy your OnlyFans bs right? Who’s manipulating who?”

Mia Khalifa previously hinted that she was single after posting a TikTok video that was captioned:

She shared the video, offering a disclaimer that the punching was a joke, writing:

“jk these hands only use prayer as a weapon.”

She tweeted: “Using your toothbrush to clean my jewellery.”

Dhiren is a journalism graduate with a passion for gaming, watching films and sports. He also enjoys cooking from time to time. His motto is to “Live life one day at a time.”
Indian Gang ran Fake Police Station from Hotel
Jagtar Singh tortured in India after Tip-off from UK Spy Chiefs