Malaika Arora turned showstopper for Rohit Gandhi and Rahul Khanna and walked the ramp in a sheer gown at the FDCI India Couture Week 2022.

Malaika was nothing less than a vision to behold.

The diva, known for her innate glam and bold sartorial choices, turned muse for designers Rohit Gandhi and Rahul Khanna.

The show-stopping outfit by the designer duo was a sultry and sensational sheer gown.

Malaika Arora oozed oodles of oomph in the dazzling ensemble that was replete with an array of risqué details.

From sparkling embellishments to the thigh-slit gown, her outfit screamed glam from every inch. 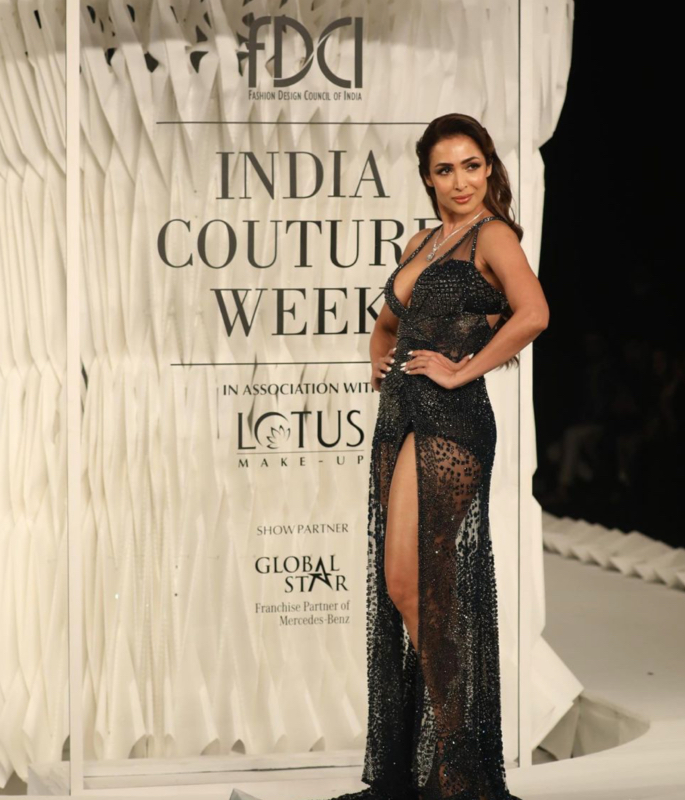 As for Malaika Arora’s ensemble, she walked the ramp in a sheer black gown featuring a sultry plunging neckline.

The sleeveless ensemble was splayed with glitzy accents all over and teasing hints of sheer detail.

While the thigh-high slit took the oomph quotient a notch higher, the floor-sweeping train added a subtle dose of drama to the look.

With on-point makeup and a sleek hairstyle, Malaika was nothing less than a vision to behold.

A dewy base enhanced with strong brows and nude lips were her beauty picks. 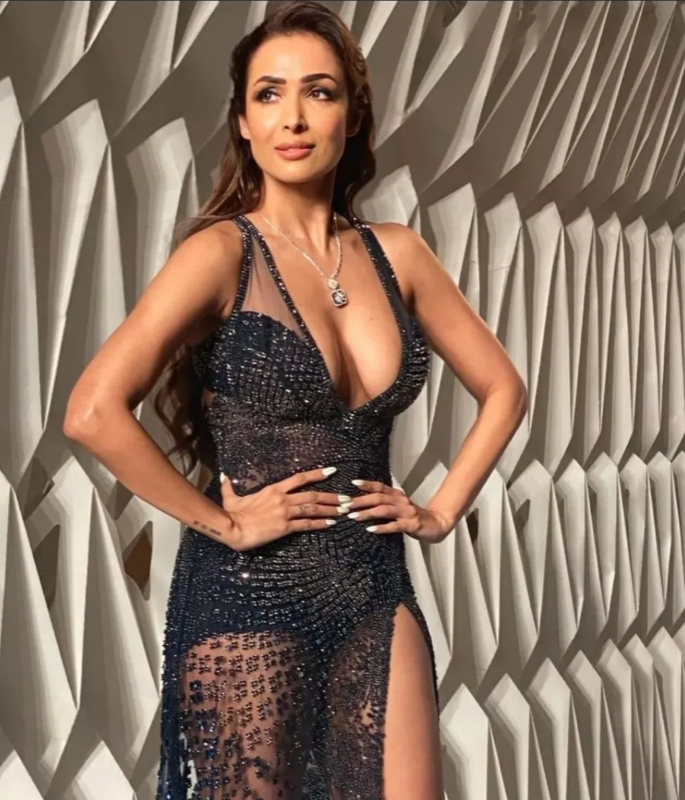 Several other designers such as Tarun Tahiliani, Rahul Mishra and Varun Bahl have presented their collections at the ongoing edition of India Couture Week.

Hours before walking the ramp, Malaika Arora’s business partner and yoga studio owner Sarvesh Shashi shared a video on his Instagram Story, to make fun of how the dancer and fitness enthusiast was relishing one dish after the other. 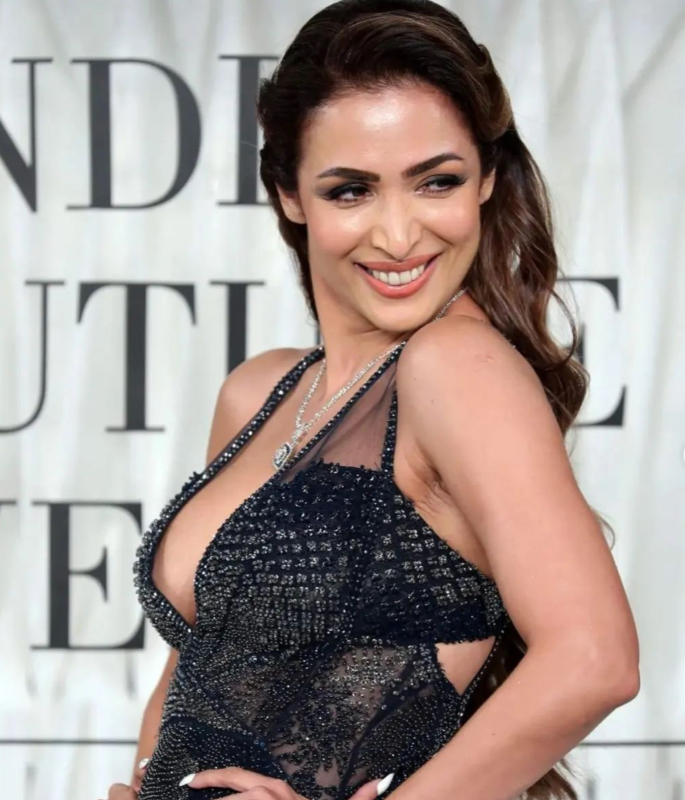 He counted five dishes on her table after she was done eating. He wrote: “Malaika is on a diet, just saying.”

She reacted to the video on her own Instagram Stories, saying: “Hahahaha… I was hungry #caughtintheact.”

The Rohit Gandhi and Rahul Khanna’s set was intricately designed with thousands of frozen waves made of paper as the centrepiece and a ramp built around it.

Models sashayed the ramp in dramatic fabrics one after the other.

The design duo said: “Our couture collection is built for the global Indian dancing at a Sangeet one evening and waltzing across Vienna’s historic ballrooms on another occasion.”

Patterns inspired by Fibonacci’s series of irrational numbers met dramatic fabrics to birth crafted garments of exquisite grace which formed the designers’ creation in the 2022 edition.

Rahul Khanna said: “Every pattern in this collection is uniform, built by clear lines and divisions. Here, we present a world that is perfect, returned from the brink of chaos.”

Ravinder is a Journalism BA graduate. She has a strong passion for all things fashion, beauty, and lifestyle. She also likes to watch films, read books and travel.
Burberry Kids Campaign stars First Sikh Model
Which Celebs turned Models for India Couture Week?