A new Indian fast food restaurant is set to open in Florida but with a humorous twist. One of the founders spoke about the venture.

A new Indian fast food restaurant is set to open and it feasts on humour.

Naantheless is opening on Pensacola Street, Tallahassee, Florida, and the two owners pride themselves on not taking themselves too seriously.

Tarun Gupta says he is poised to open Naantheless, which is a play on words in its name, a playful spirit in its approach and a winking elephant in its logo.

He said: “We figure we never want to get into a place where we’re taking ourselves too seriously.

“I would hate to get all ‘corporatey’ and serious.”

Tarun revealed that he wanted to open in April 2020 but postponed it due to the Coronavirus pandemic. He hopes to start offering delivery and takeaway at the end of August.

He added: “We’re leaving a ton of money on the table to be extra cautious and protect the community.”

The target market for the restaurant is university students and young professionals looking for a quick bite and with simple dishes costing as little as $2 or $3, Naantheless seems to be the ideal place.

In a twist of its name, Naantheless intends to offer ‘Naan-traditional Pizza’, plus dessert, snacks and beer. 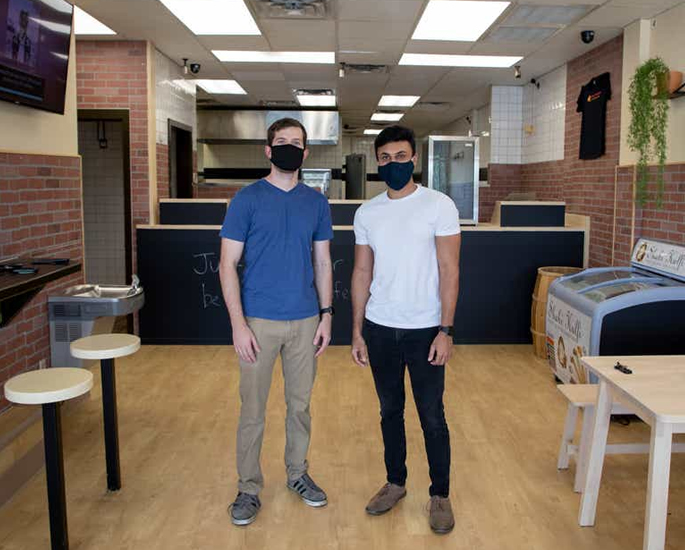 According to Tarun, the name of the playful logo is ‘Akash, the friendly elephant’. He plans to feature the animal in artwork inside and outside the restaurant.

He recalled encountering food carts on the streets of India before his family moved to Tallahassee in 1998.

Tarun said: “I don’t think Indian food is as mainstream as Mexican, Italian or even Chinese.

“So that was one of my goals. I wanted to help make Indian food more mainstream and accessible.”

Tarun said that the idea emerged in 2015 when he and his friends were eating at a Taco Bell and longing for a Taco Bell-style Indian restaurant.

“There’s a fast-food chain for almost every cuisine. There’s everything except Indian food. It just didn’t make sense to us.”

After earning his degree in 2016, he moved to Silicon Valley, worked in education consulting and explored the idea of an Indian fast food restaurant chain.

Tarun stated that people there said it was a great idea. A friend there came up with the name Naantheless.

He left his job and returned to Tallahassee and used the money he had saved to start the business.

Tarun enlisted the help of his father to renovate the building, which previously housed a pizza chain. They spent weeks getting rid of the worn interior and installing new items.

They also assembled do-it-yourself seats and tables and they mounted a big-screen TV. 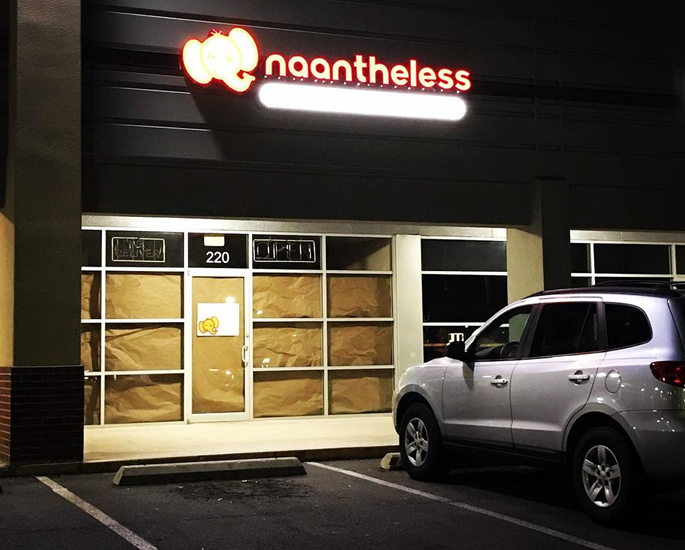 Tarun explained: “Just me and my dad. I’ve always been very frugal, just growing up in an Indian family and the values that my parents forced me to have… I think you can do more with less money. You just have to be a little creative.”

Tarun also realised he needed a partner and he managed to convince one of his friends from university to join him as a co-founder.

Drew Rudolph was sceptical and took months to consider quitting his job in North Carolina and moving to Florida. He said the “idea itself” convinced him.

Of Indian fast food, Drew said: “It’s just not something that’s out there.”

Drew moved in March 2020, however, the pandemic resulted in the co-founders postponing their launch.

Tarun revealed that it led to negative online feedback before the restaurant even opened.

“Local businesses are trying to open up in the middle of a pandemic, and they’re valuing safety over revenue.”

Tarun said that he and Drew have ordered their ingredients and should be ready to go within a week.

His father Rajeev cannot wait. He said: “I will try to be his first customer.”

Dhiren is a journalism graduate with a passion for gaming, watching films and sports. He also enjoys cooking from time to time. His motto is to “Live life one day at a time.”
20 Best Restaurants in Pakistan worth visiting
10 Sabzi Recipe Ideas for Indian Vegetarian Delights