COVID-19 is infecting more people in India each day but there is doubt over the accuracy of the figures. Are the Coronavirus figures correct or higher?

"Yes we are under testing, underreporting."

There have been questions into the accuracy of the Coronavirus figures in India.

According to John Hopkins University Data, over 11,000 people have been infected and 392 people have died.

However, a BBC News report has said that the outbreak is being underreported in India and that doctors say that the real scale is unknown because of how the country has been testing so far.

This comes after Prime Minister Narendra Modi extended the nationwide lockdown until May 3, 2020.

One worrying development was that the first COVID-19 case was confirmed in Mumbai’s Dharavi slum, India’s largest and home to almost one million people living in close, unsanitary quarters.

But for a population of 1.3 billion people, the number of cases is relatively low compared with Europe and the USA.

This is believed to be linked to both low levels of testing and poor access to an already overstretched healthcare system with people not reporting their symptoms.

In the BBC report, health workers are seen in protective gear walking through the slums and screening people for symptoms. 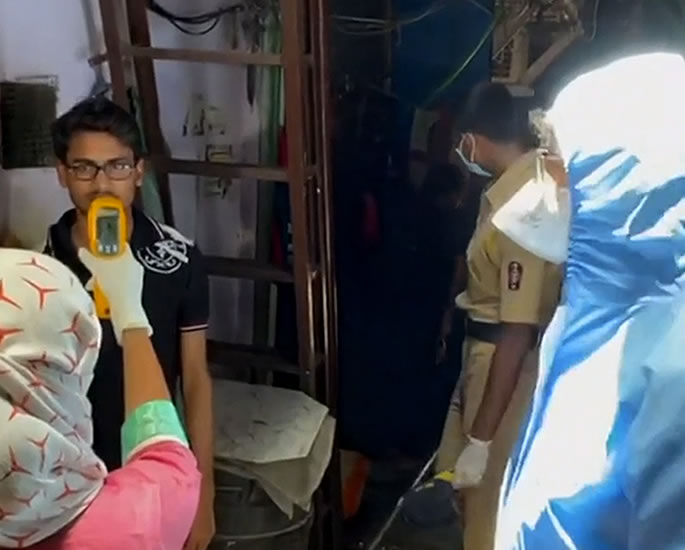 Mumbai has the highest number of Coronavirus cases and deaths in India so it is possible that it will significantly increase as more residents in the slums become infected.

Due to them living in poor conditions and in close proximity, it only takes one infected person to potentially spread the virus quickly.

Despite this alarming prospect, healthcare workers say that the reality is far worse.

One Mumbai-based doctor said: “Yes we are under testing, underreporting. So the other day six patients with acute respiratory distress syndrome were brought in dead.

“We didn’t even test them, even though there was a very high suspicion that they might have had COVID-19.

“Not even the relatives were tested.”

The doctor went on to say that the reason for not testing the deceased is due to the global shortage of testing kits.

A lack of testing hides the real number of cases. Only 47,951 tests have been done so far and there are just 51 government-approved testing centres across the country.

It is among the lowest in the world which means that there is no clear idea of how bad the situation is.

“There are so many people coming in with symptoms and they’re going to go out and spread it to other people.”

This lack of knowledge about the actual Coronavirus figures means that doctors are unprepared for a potential influx of patients.

The medic added: “I’m really scared personally as a doctor.”

Other doctors told the BBC that another issue relating to the actual Coronavirus figures is that the deceased with underlying health conditions are not mentioned as COVID-19 deaths.

So this indicates that those who have died may have had COVID-19 even though it was not named as the cause.

The government reportedly did not respond to the BBC’s questions on the official numbers.

As a result of the uncertainty, doctors are afraid as resources are falling short even though the COVID-19 peak might still be some way off in India.

The Guardian reported that doctors have a lack of Personal Protective Equipment (PPE) like masks. This meant that patients with COVID-19 symptoms were being turned away. 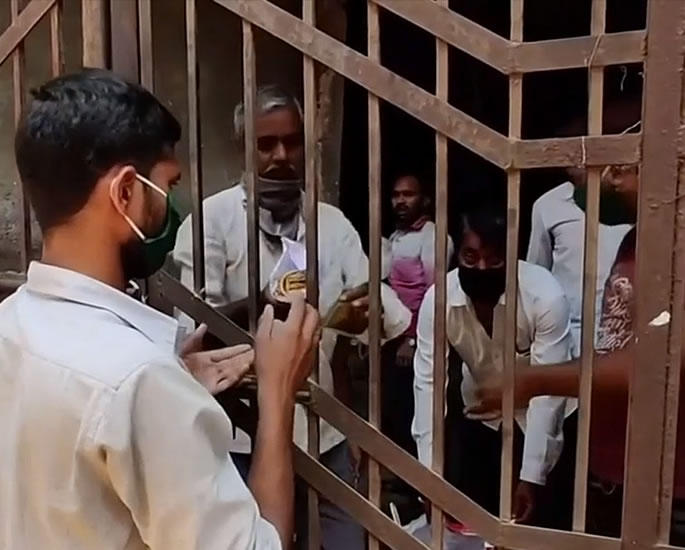 A lack of PPE has also meant that medics are having to improvise, risking their lives even more.

In Kolkata, doctors were made to wear plastic raincoats to examine possible Coronavirus patients. One Delhi-based doctor resorted to wearing a motorcycle helmet to cover his face.

One junior doctor described how “for over a week, we came in close contact with suspected corona patients without proper protective gear. We all are left at the mercy of God.”

The doctor went on to say that he was certain that the virus was spreading between communities, something that the government said was not happening.

He said: “Every day thousands of people gather here, seeking treatment for many infectious diseases.

“Last week, I noticed hundreds of people, with many coughing, having fever and breathing problems stood on queue waiting for their turn to be examined by us.

“They stood in the queue for hours and many of them were coughing and sneezing.”

“I have every reason to believe many were carriers of COVID-19 who spread the infection to people in that same line, who in turn are now spreading it in the community, hundred or thousand times more people should be tested for the infection. Otherwise, the coronavirus situation will turn unmanageable.” 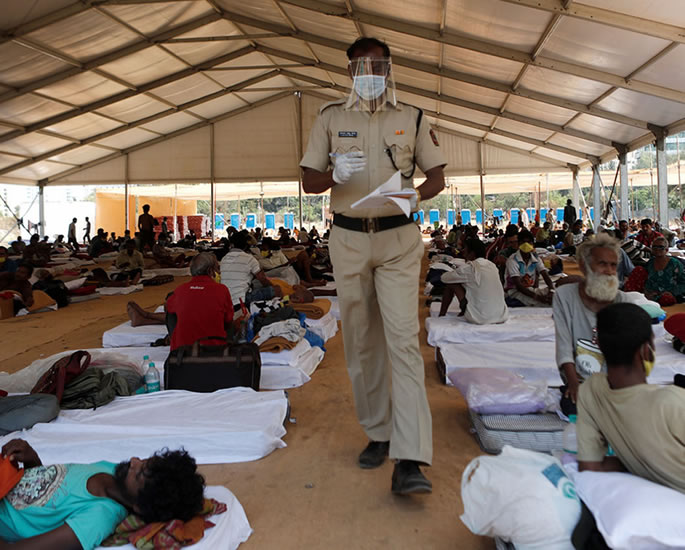 Despite the increasing number of cases, the lockdown is being strictly enforced which is said to have reduced the burden on hospitals to some extent.

However, without an increase in testing, it will be very difficult to beat the virus.

“But staying on lockdown for India has again has massive cost especially for the poor.”

With the lack of testing, many citizens unknowingly pass the virus on and it is this which could lead to a large number of people becoming infected.

Three US universities and the Delhi School of Economics jointly published a report which claimed that there could be as many as 1.3 million COVID-19 infections in India by mid-May.

In a country where healthcare is not the best, this would leave doctors extremely overwhelmed.

But it seems that testing capacity may increase.

Mylab Discovery, a company based in Pune, became the first Indian firm to get full approval to make and sell testing kits, which have already shipped to labs in Pune, Mumbai, Delhi, Goa and Bangalore. Each Mylab kit can test 100 samples and costs Rs. 1,200 (£12).

Private company Practo also announced it has been authorised by the government to conduct private Coronavirus tests, which can be booked directly.

The facility is available only for Mumbai residents but they say it will soon be widened out to the whole country.

Although it looks like efforts are being made to combat COVID-19, the damage may already be done as the Coronavirus figures may be much higher than the reported numbers suggest.

If this is true and people become very sick then India’s healthcare system may face a crisis. 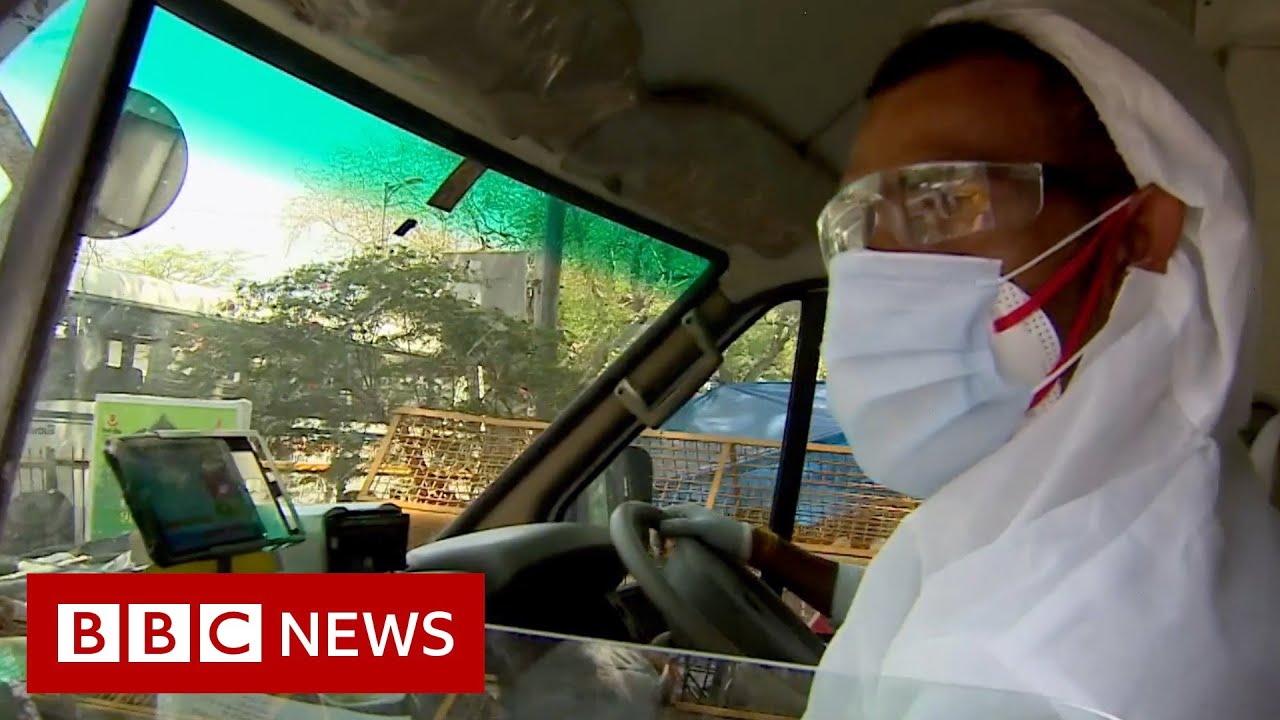