A court heard TikToker Mahek Bukhari “set a trap” for a man who was blackmailing her mum with a sextape, causing his and another’s deaths.

"I'll soon get him jumped by guys"

A court heard that TikToker Mahek Bukhari “set a trap” that resulted in a man who was blackmailing her mother with a sextape being rammed off the road and killed.

Hashim Ijazuddin and Saqib Hussain, both 21 and from Oxfordshire, died in the crash on the A46 near Leicester on February 11, 2022.

Mahek Bukhari, aged 23, her mother Ansreen, aged 45, and six others are charged with murder.

At Leicester Crown Court, it was heard that Mr Hussain and Mrs Bukhari started an affair in 2019 but she ended it in January 2022.

When she tried to end the affair, Mr Hussain became “increasingly obsessive” and was “professing his love for her” but showed “anger and frustration”.

After Mrs Bukhari would not return his calls, Mr Hussain’s anger reached a point where he threatened to leak the explicit videos.

He also allegedly threatened to tell her husband, saying:

“I’ll tell him, and make all your pics and video viral right now.”

Mr Thompson explained: “That anger manifested itself in an attempt to blackmail Ansreen Bukhari in order to persuade her to contact him.

“What he did was to threaten to send the sexually explicit material that existed on his Instagram to her husband, [and] to her son unless she agreed to speak to him.”

It was heard that her daughter knew about the affair.

Miss Bukhari was told of the blackmail plot, and, fearful of the impact on her family, as well as her social media following, sent her mother a WhatsApp message saying:

“I’ll soon get him jumped by guys and he won’t know what day it is.”

The TikToker later sent a text to her mother: “Leave it to me.” 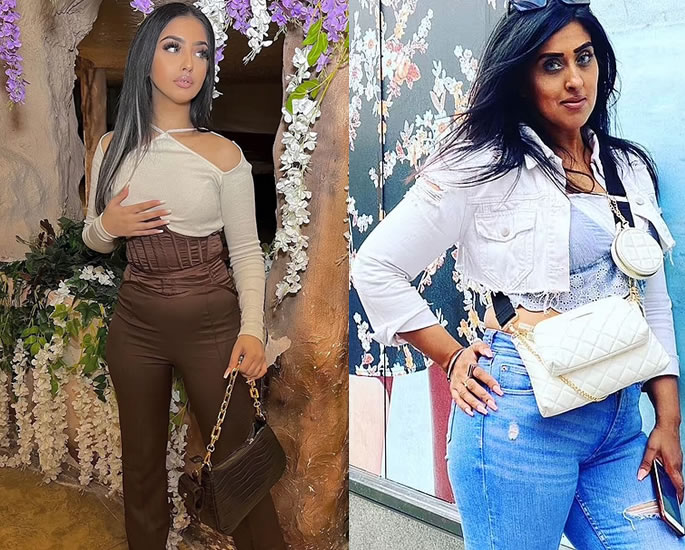 Mr Hussain was demanding up to £3,000 he had spent on dates with Mrs Bukhari and a meeting was arranged in Leicester to hand it over.

However, the TikToker and her mother were actually plotting to seize Mr Hussain’s phone containing the sex videos.

The court heard that the mother and daughter made arrangements with several others to travel with them in two cars to “teach Mr Hussain a harsh lesson”.

The court heard Mr Ijazuddin agreed to take Mr Hussain from their home in Banbury to the meeting in a Tesco car park in Hamilton, Leicester, on February 10.

An Audi TT and a Seat Leon with the defendants inside pulled up.

But it soon became clear that this “wasn’t a normal meeting” and the two men drove away in their Skoda Fabia.

The Audi TT – a replacement car issued to Mahek Bukhari – had a tracking device and recorded speeds up to 100mph in the subsequent chase.

A 999 call made by Mr Hussain whilst in the passenger seat was played to the court.

In the call, Mr Hussain said: “There’s guys following me, they have balaclavas on… they’re trying to ram me off the road.

“They’re hitting the back of the car, really fast… please I’m begging you. I’m going to die.”

A scream was also heard before an abrupt end.

Police attended the crash scene and found the Skoda in flames against a tree in the central reservation of the A46 dual carriageway, close to the Six Hills junction near Leicester.

After extinguishing the fire, police and firefighters found the remains of two bodies. Both had to be identified through dental records. 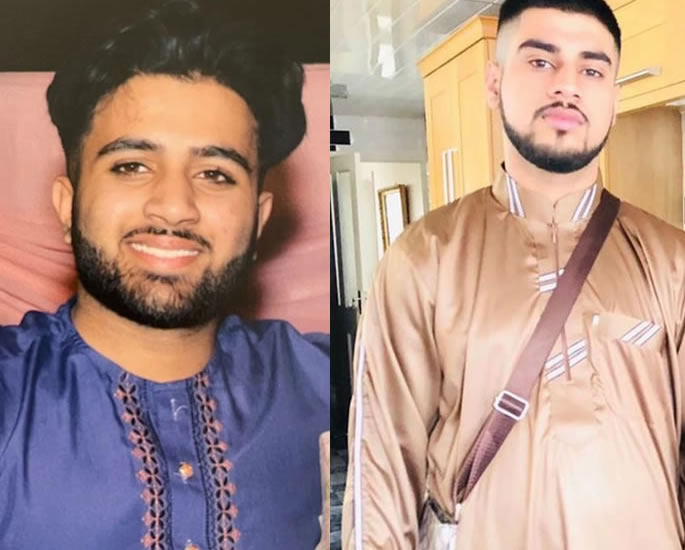 Mr Thompson said: “Using the bait of returning the money and the prospect of meeting Ansreen Bukhari, they set a trap for Saqib Hussain.

“It would seem one objective was to seize Saqib’s iPhone which had the videos and pictures.

“But this would still leave Saqib to tell Ansreen’s husband about the affair. The Crown say the plan had to have gone beyond seizing the iPhone.

“A way had to be found of silencing him of doing that… either to teach him a harsh lesson or to silence him forever by killing him.”

The driver, Mr Ijazuddin was “completely innocent” and just “doing a favour for a mate”.

Mr Thompson added: “This tragically turned out to be a fatal mistake. It was a mistake that cost an innocent man his life.”

The eight defendants are each charged with two counts of murder, which they deny.

Dhiren is a journalism graduate with a passion for gaming, watching films and sports. He also enjoys cooking from time to time. His motto is to “Live life one day at a time.”
Indian Deaf Woman raped by 4 Men whilst Pregnant
Plymouth Councillors join forces for Independent Alliance