Whilst many of the commuters are seen walking without any idea of what is being shown on the public screen, some stop and watch, whilst others start filming the incident on their mobile phones.

Here is the video clip which has gone viral: 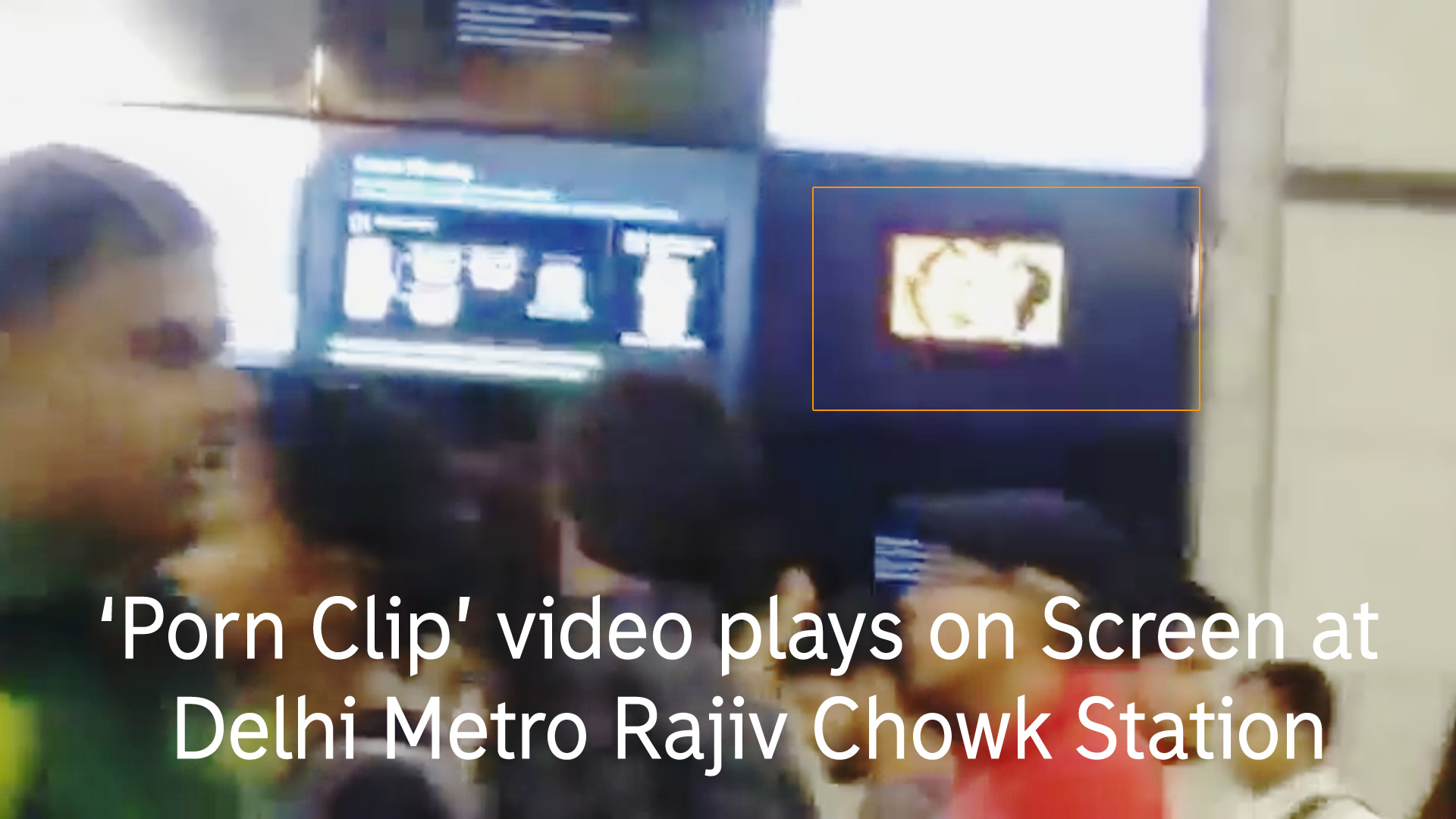 It’s revealed that the 12-screen grid is a new implementation being installed at the station. A statement from the Delhi Metro Rail Corporation (DMRC) said:

“We will check all the details of the testing and commissioning process of the contractor to check whether any such clip was played on the LED screen at Rajiv Chowk station and take adequate safeguards action.”

The DMRC it has stated that it has launched an investigation into the incident. Delhi Police is yet to have received any complaint regarding the public display of such profanity.

The station officials are ready to take full action against those responsible once the source is determined.

Rajiv Chowk Metro Station is located at Connaught Place in the central part of New Delhi and one of the busiest areas of the city for foot-fall and public travel.