7 Bollywood Films you Must Watch on Netflix

From commercial to non-mainstream movies, and now, Bollywood films on Netflix! DESIblitz brings you a list of the 7 best Indian films to stream online!

Kal Ho Naa Ho is the love story of a lifetime, told in a heartbeat

There was a time when it would take countless months and even years for films to release on VCR or DVDs.

However, in recent times, especially with media streaming companies like Netflix and Amazon Prime, Bollywood films have become more accessible.

Running for over 100 years, there have been several blockbusters, hits and flops.

DESIblitz brings you the best 7 Bollywood films which you can check out on Netflix! 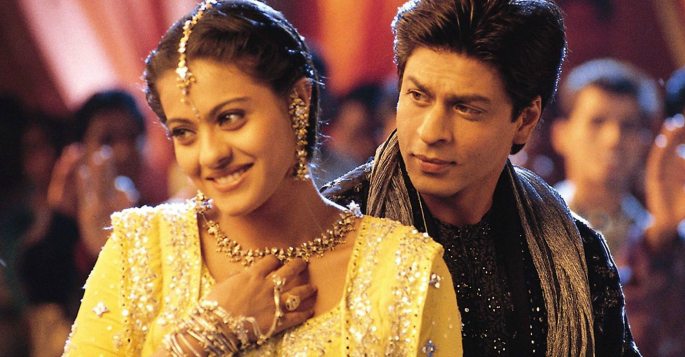 The outstanding commercial film which encapsulates drama, comedy and romance, narrates the story of the affluent Raichand family.

They face troubles and misunderstandings over their adopted son’s (Shahrukh Khan) marriage to a girl (Kajol), who belongs to a ‘lower socio-economic’ group than them. What happens next, tune in to find out!

As the film’s slogan suggests: “It’s all about loving your family.” 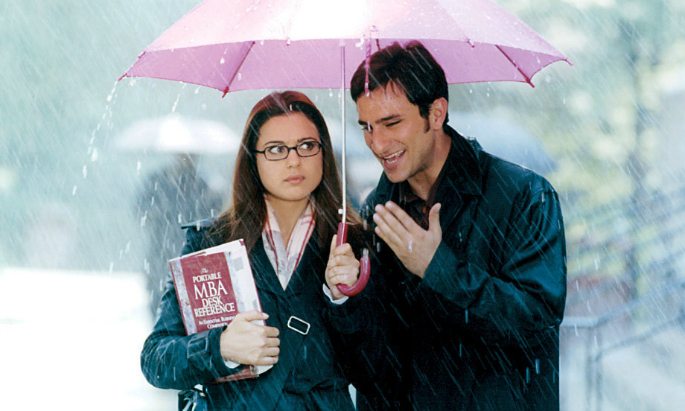 Whilst K3G is a film which harbours on family values, Kal Ho Naa Ho (KHNH; Tomorrow May Never Come), is a soul-stirring love triangle.

Depicted entirely in New York, the movie is about the pessimistic and uptight Naina Kapur (Preity Zinta), who falls in love with her neighbour, Aman Mathur (Shahrukh Khan). A terminally ill patient, Aman instead tries to play cupid for Naina and her friend, Rohit Patel (Saif Ali Khan).

A full-on mainstream film, Kal Ho Naa Ho is the love story of a lifetime, told in a heartbeat. 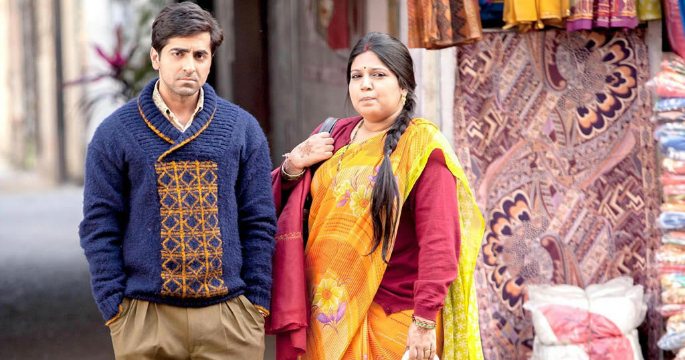 Yash Raj Films (YRF) is recognised for producing the most romantic films in Hindi cinema.

Dum Laga Ke Haisha (Give It Your All) is an unconventional and quirky love story which stars Ayushmann Khurrana and Bhumi Pednekar.

For the very first time, Anu Malik has composed the music for a YRF film. So you’ve heard the proverb, opposites attract? This is precisely the concept of Dum Laga Ke Haisha.

After a rocky start to their marriage, Prem decides to participate in a competition, where he must carry Sandhya on his shoulders, and run an obstacle course. How compatible are they with each other? Watch the film to find out, at your very own home space, Bollywood films on Netflix! 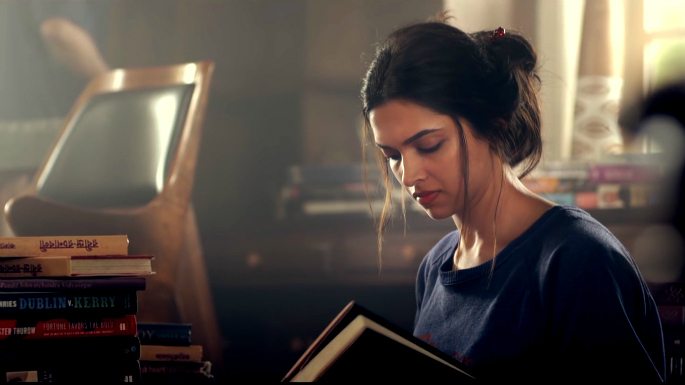 Shoojit Sircar, the director of Piku, is known to make out-of-the-box films. His previous venture – Vicky Donor, tackles the theme of sperm donation.

In this 2015 comedy-drama, the subject is constipation. Confused? Well, don’t be. The movie is not solely about that, but it is an array of human emotions.

Now the question is, who is Piku? Well, Piku Banerjee is the central character played by Deepika Padukone. She is a short-tempered architect who is travelling from Delhi to Kolkata with her grumpy and ageing father, Bhashkor (Amitabh Bachchan). Caught between the two, is the taxi owner and driver Rana (Irrfan Khan).

This is one of the best films of modern in Hindi cinema. We strongly recommend watching this, as one of the top Bollywood films on Netflix! 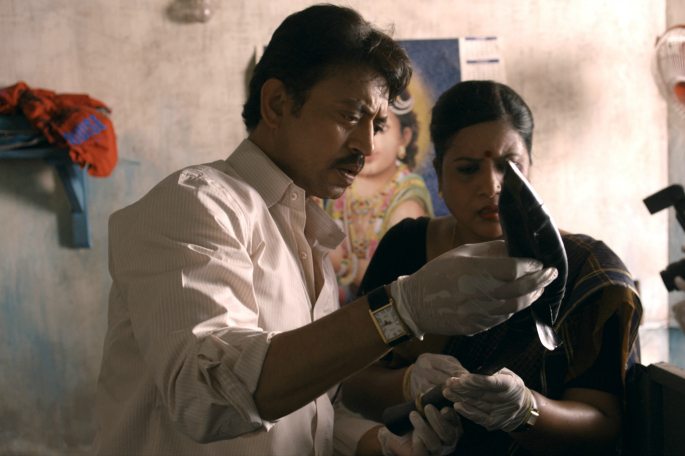 Bollywood is not just about the colourful costumes or larger-than-life music. It is also about the hard-hitting reality.

Talvar (Sword) is depicted on the real-life murder case of 14-year-old Aarushi Talvar. The story was one which shook India and the film adaptation is equally harrowing.

The movie assembles the best from Hindi cinema: Irrfan Khan and Konkona Sen Sharma. Whilst ace director Vishal Bhardwaj has produced and written the film.

The narrative bears some resemblance to the real-life case. The narrative focuses on investigator Ashwin Kumar (Irrfan Khan), who is conflicted with theories about the perpetrators of a brutal double homicide.

Talvar is a gripping film which will keep you hooked till the end! 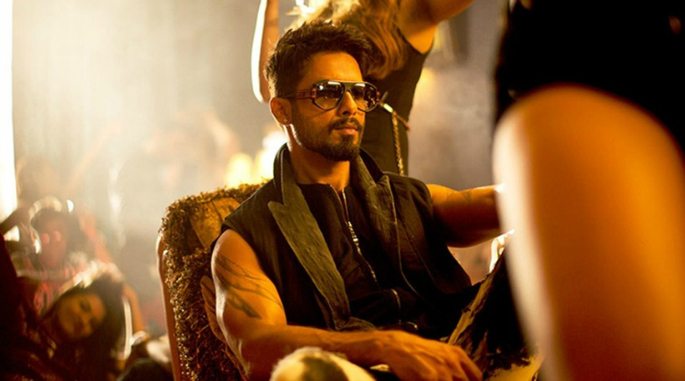 Capturing sentiments, one of the Bollywood films on Netflix, Udta Punjab (Flying Punjab), is a dark social film which uncovers a hidden side of India’s Punjab:

“One person consumes drugs, but it affects the whole family.”

Mutually, they all face one problem – drugs. Udta Punjab will make you laugh (in places), make you cry and most importantly, compel you to think. 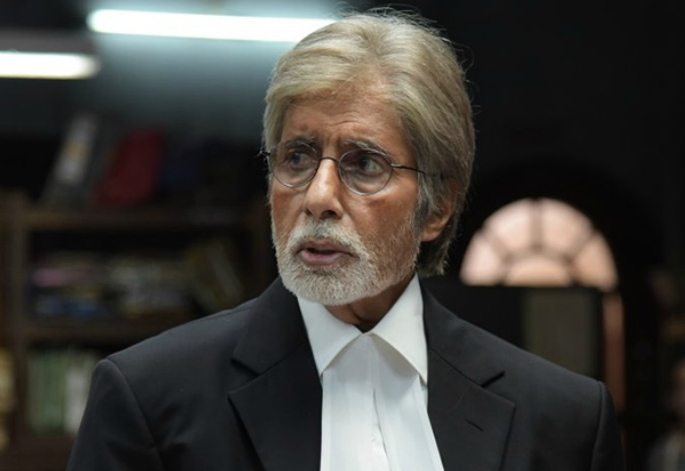 If a woman objects to sex, then “No Means No”.

Pink is a film which raises questions about the treatment of women and justice in modern Indian society.

Aniruddha Roy Chowdhury’s apt direction, riveting performances, and the thought-provoking concept make it a strongly recommended watch for all audiences.

In addition, Amitabh Bachchan’s performance is phenomenal and will give you goosebumps.

The film is about three Delhi girls: Minal (Taapsee Pannu), Falak (Kirti Kulhari) and Andrea (Andrea Tariang). They are on the run after one of them escapes a molestation attempt by the rich and chauvinistic, Rajveer Singh (Angad Bedi).

In self-defence, Minal hits Rajveer with a bottle, inflicting grievous bodily harm. From this day on, their lives have changed forever. Another film we strongly recommend you to watch.

On the whole, Bollywood is an industry which is churning and modernising. As time goes by, this list of must watch films will gradually get bigger.

We hope that Bollywood films on Netflix continuously increase!

Anuj is a journalism graduate. His passion is in Film, Television, dancing, acting and presenting. His ambition is to become a movie critic and host his own talk show. His motto is: "Believe you can and you're halfway there."
SRK’s Raees starring Mahira Khan banned by Pakistan
Phillauri trailer praised by Priyanka, SRK and Karan Johar