East Asian cuisine is full of masterful flavours and ingredients. Korea, Thailand, Malaysia, China and Japan are home to a diverse collection of delicious cultural dishes, all sublimely authentic.

Japanese cuisine is a rich blend of traditional and modern culinary masterpieces.

Asia, being the largest and most densely inhabited continent, is home to diverse cultures and distinguishing cuisines.

Interestingly, there are several common ingredients in East Asian cuisine that are closely associated with Desi food.

East Asian delights are often labelled and categorised as Chinese food. But camouflaged under Chinese food, there are countless arrays of distinguished gastronomic relishes emerging from different countries and cultures across East Asia.

With East Asian cuisine growing in huge popularity among Desis everywhere, DESIblitz brings you an introduction to an assortment of alluring, colourful and spicy dishes from East Asia. 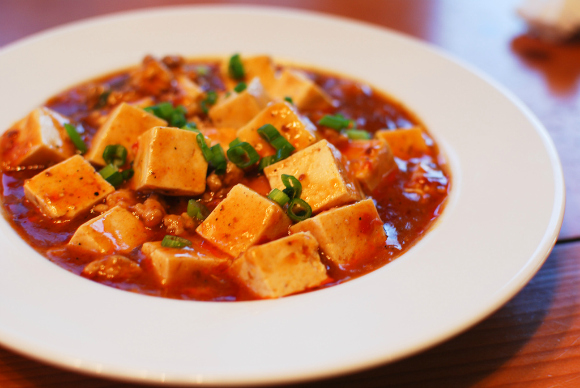 No matter where you go, East or West, you are bound to found a vibrant China town with a few Chinese restaurants.

The multiplicity of the geography, climate and culture has greatly influenced Chinese gastronomy giving birth to divergent culinary arts.

Chinese cuisine is a melodious incorporation of colour, fragrance, tang, and delicacy.

Mapo tofu is one of the signature dishes in Chinese Cuisine with a history of over 100 years.

It can be found in virtually in any Chinese restaurant around the globe with traditional and contemporary variations and twists in the taste.

Mapo tofu is a savoury dish made of tender tofu in spicy chili and bean sauce mixed with minced meat, customarily consisting beef.

Tofu, also known as bean curd, is made by solidifying soy milk and then pressing the curd into soft white blocks.

Mapo Tofu can be served as a full vegetarian dish as well, when omitting the meat. 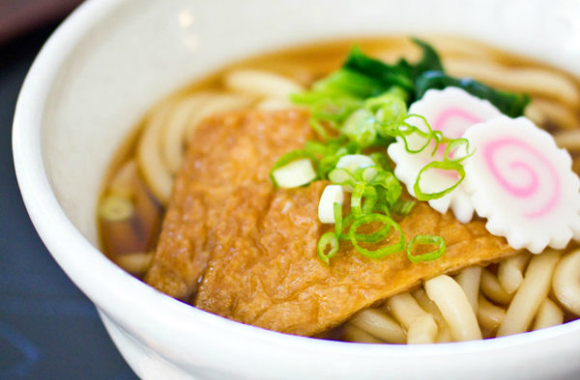 Japanese cuisine is a rich blend of traditional and modern culinary masterpieces.

Dating back to hundreds of years ago, rice has been the major dish in Japan.

With the changing patterns of lifestyle several other foods taking the lead, Rice still remains as the inevitable glory of Japanese plate.

Kitsune Udon is an exclusive dish from Japan which is served hot in many Japanese Restaurants.

Udon is a thick Japanese noodle made with wheat flour, usually served in soup or broth. Kitsune means fox in Japanese.

Kitsune Udon has a topping called Aburaage which is deep fried Tofu made from soybeans. According to the folktales it is said that Aburaage is fox’s favorite food. So it is called as Kitsune Udon.

Kitsune Udon has an appetising smell and delightful taste. 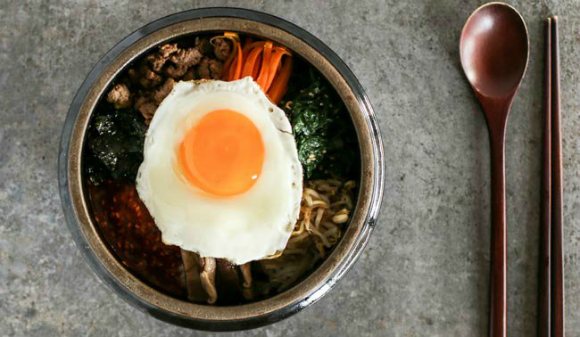 In Korea, the food is more than just filling your stomach. It is about taste, nourishment, medicine and moods.

Bibimbap is served as a bowl of hot white rice topped with flavoured vegetables stir-fried and either with chili pepper paste, soy sauce, or soybean paste.

Bibimbap is believed to be traditionally invented by the people who wanted to get rid of all of the leftover side dishes before the dawning of the New Year.

Basically, Bibimbap is all about rice mixed with meat and various kinds of vegetables. There are different mouth-watering variations in Bibimbap. 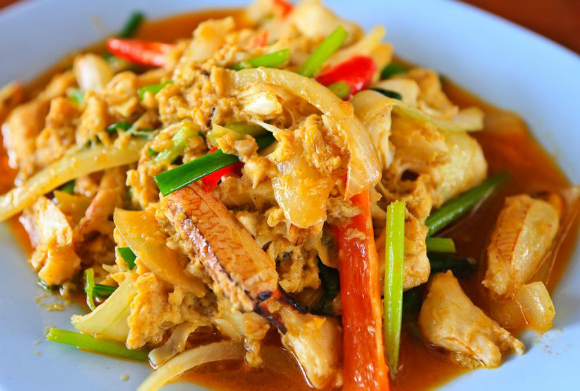 Thai cuisine is a blend of equilibrium, detail and personal touch. Most of the Thai dishes are prepared with aromatic curry paste and coconut milk.

In Thailand, curry is usually made of thin coconut milk, curry paste combined.

Thai curries tend to be more soup like compared to thick curries from South Asian continent. Often spicy herbs and spices are added into the curry paste.

Bu Pad Pong Kari is a simple recipe with a delicious unique flavour.

If you love seafood Bu Pad Pong Kari is a must try Thai dish. You must try it. Crab curry will go well with Steamed Rice.

Have a go at Temple of Thai’s recipe here. 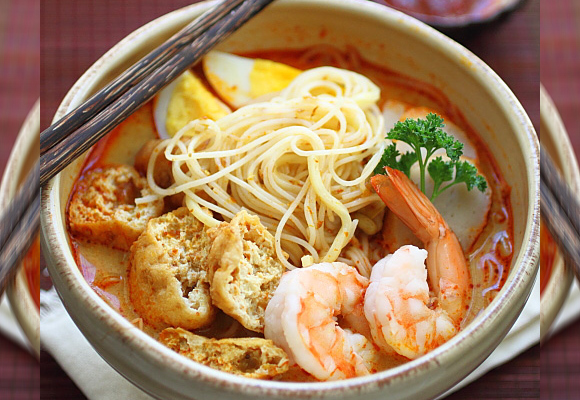 Malaysian gastronomy reflects the rich assortment of multi ethnic cooking traditions and customs. Malaysia is home to many cultures predominantly Malays, Indian and the Chinese.

No wonder the Malaysian cuisine is unique experience enriched with diverse aromas and savours. Malaysian food culture accommodates the fusion of palates but never losing the distinctive touch of originality.

There are several special dishes to taste but there is one dish you should definitely smack at least once.

Laksa is a popular dish the Malaysian food preparation which is a mishmash of Noodles and spicy soup.

Often the rice noodles or rice vermicelli are used for Laksa. there are many different types of laksa but the two assertive ones are curry laksa which is coconut milk based and asam laksa, which is tamarind based.

Laksa is often served with chicken, prawn or fish in spicy soup.

East Asian cooking which is influenced by a wide variety of food cultures including Malay, Chinese, Indian, Indonesian, Thai and Korean.

Images courtesy of Rasa Malaysia, Temple of Thai, My Korean Kitchen, and Just One Cookbook