As a Response Officer for West Midlands Police, British Asian Karandeep Sandhu shares the many challenges and rewards of working for a diverse community.

"I also understand issues within the Asian community, for example, honour-based violence"

Courage, determination and a passion to help others are some of the key attributes needed for a career in the West Midlands Police.

In his late 20s, British Asian Karandeep Sandhu shares these qualities in abundance. As a Response Officer for the second largest police force in the UK, Sandhu is one of the first to respond to 999 calls while on duty.

His role involves being on the frontline and offering immediate assistance at the scene of an incident.

The role itself is both challenging and fulfilling. For Karandeep, in particular, the opportunity to protect and help those within his local community are why he chose a career in the police force in the first place.

Over the years, West Midlands Police has been keen to diversify its workforce, enabling those from BAME communities to seek out top-tier positions.

The background and experience of these individuals make them invaluable in the multicultural city of Birmingham and its surroundings.

Traditionally, figures relating to the presence of ethnic minorities in the police force has been limited.

However, according to the Home Office, this is now on the rise. In fact, in the England and Wales police workforce, there has been an increase from 3.9% to 6.3% of people from Asian, Black, Mixed and Other ethnic groups.

In a special interview with DESIblitz, Karandeep Sandhu shares with us what his daily life is like being a Response Officer.

Having been with the police for three years, Sandhu reflects on his experiences and how being British Asian has helped him through his career.

Tell us why you joined the West Midlands Police force?

I joined to fulfil a passion of mine. I aim to help one person every day in life, being an officer I am able to save lives every day.

There are always unfortunate incidents like gun shootouts, knife attacks and many more events where lives are threatened.

I wanted to be that person to prevent or save lives. I know the presence of police officers deters crimes and I’d wanted to be that officer. I can help people make better choices and have a positive influence on their life.

I knew I’d come across people in difficult circumstances like taking drugs but I could talk to them and show them different ways of life. Being an officer they would hopefully respect what I say.

I looked forward to the prospect of having a new challenge every day. Not one day would be the same. I wanted to be pushed further physically and mentally.

Also knowing there’ll be continual learning, from this I could make advancements with my career with many opportunities within the police.

Fast forward 3 years I haven’t looked back since joining.

How did you family react to your career decision?

My family were extremely proud of me joining the police force and happy to see me represent my community.

My mother did worry though especially knowing about crime in the West Midlands.

To this day she does worry every day I go out to work and stays awake till I’m back!

Why do you think there are not enough British Asian police officers in the police?

I believe the awareness is not there for the Asian community.

We have been running BME events in order to spread awareness and gauge more interest within the Asian community.

I recently took part in the Nagar Kirtan at the Vaisakhi Mela spreading awareness which was effective in reaching out to the community speaking to the younger generation. 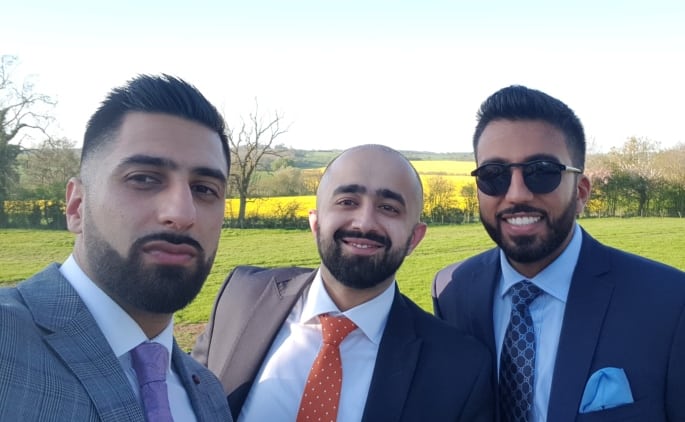 Are there any stigmas you’ve experienced from the Asian community for being in the police?

Honestly, I’ve not had many bad experiences at all and most of the time when interacting with the Asian community I get praise with many saying they are happy to see an Asian officer in the force.

I’ve also had times when I have been crewed with another Asian officer and we’ve been stopped and told how good it is to see 2 Asian officers working together as it’s a rare sight.

I have had a couple isolated incidents whereby I’ve been told I’m only targeting certain individuals because they’re Asian too. However, I’ve always explained I’ll treat everyone the same regardless of religion/race.

As a Response Officer, what are your main duties?

As a response officer, my main duties are to be a first responder to 999 calls which require an immediate response.

This can range from road traffic collisions, domestic incidents, stabbings and shootings.

Whilst at the job we are required to manage the scene of the incident conduct a primary investigation make an arrest if required and convey prisoners to custody.

What is challenging about your job?

There are many challenging aspects of the job.

Firstly we can be given very limited details of the job we are attending so to formulate a plan of action is difficult.

One area which can be difficult to deal with is dealing with mental health.

“There are so many individuals dealing with a range of mental health issues and as police officers we get training.”

However, each individual suffers in different ways and we have to approach each case on an individual basis being sensitive to their personal issues.

How does being British Asian help you in your job?

It’s useful especially in the areas in which I work on the Eastside of Birmingham covering such areas like Sparkhill, Alum Rock [and] Small Heath.

I am able to communicate with the Asian community with Punjabi being one of my spoken languages.

I also understand issues within the Asian community, for example, honour-based violence and can work with individuals in resolving issues.

What does a Response Office typically earn?

Pay scales vary depending on years of service.

What is your typical day?

The only typical part of the day is coming into work having a briefing within your team.

After that anything goes depending on what type of job we are sent to throughout the shift.

What are your ambitions in the West Midlands police force?

For as long as my body can take it I want to stay frontline.

I’ve always wanted to work within the Firearms Unit and working my way through the application process which consists of bleep tests, various fitness tests gun courses followed by an armed response vehicle course. 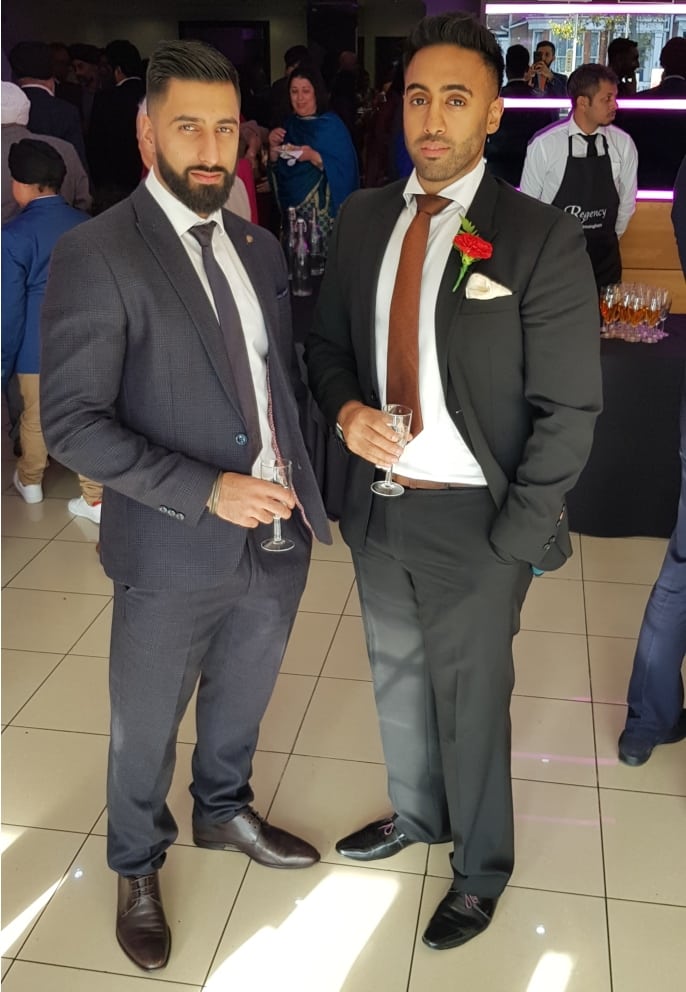 Sandhu has made it clear that being a part of the police can have it’s more daunting challenges. This even includes dealing with mental health issues and drug addictions on a daily basis.

However, he shows no signs of wanting to end his career with the police anytime soon. For Karandeep, it’s evident that he enjoys the constant prospect of facing a new challenge every day.

While we have seen a gradual increase in BAME police officers, sadly the number of BAME officers does not proportionally represent the overall population in the United Kingdom.

As Karandeep explains, in the West Midlands specifically, there is still a lack of BAME police officers.

As a result, West Midlands Police have organised BME events designed to increase awareness in ethnic minority communities about the opportunities that exist for them within the sector.

Sandhu identifies the many benefits that being Asian in the police force can have. He adds that being bilingual and understanding types of crime more specific to the Asian community, such as honour-based violence, can dramatically increase his chances of being able to resolve a situation.

With a passion for helping people, Karandeep chose this profession because of its ability to connect with people.

From saving lives through to simply having a positive effect on the choices people make, his role as a response officer is vital.

Whilst his Asian background may help in some aspects of the job, his drive and passion for helping people ultimately underline his suitability for working in the police.

Encouraging more British Asians to follow in his footsteps, Sandhu has demonstrated that being Asian and working in the police can have plenty of advantages alongside the challenges.

Hopefully, people from BAME groups can take this as an opportunity to tackle the under-representation of ethnic minorities in their regions.