Jurassic World makers have suffered backlash over an unintentional racist line which abbreviates Pachycephalosaurus to ‘Pachy’. Birmingham comedian, Guzzy Bear has since vlogged in mock outrage over the shocking term.

“I don't know if Nigel Farage was responsible for finding the fossils of this dinosaur, bro."

One of the biggest Hollywood blockbuster of 2015, Jurassic World, has come under fire over an accidentally racist yet hilariously funny line in the film.

The source of mock outrage stems from a reference to a dinosaur known as Pachycephalosaurus pronounced (pak-ee-sef-a-low-sore-us) who resides in the ‘Pachy Arena’ of Jurassic World.

In an unfortunate abbreviation of the multisyllabic name, one of the characters of the film can be heard to exclaim: “The Pachys are out of containment!”

Of course the similarity of ‘Pachy’ and the racist term of P**is has caused an unpremeditated uproar with some UK viewers.

Of them is Coventry based comedian, called Guzzy Bear (real name Guz Khan), who took to YouTube to vlog about the inadvertent racism of Jurassic World, under the guise of his popular character, ‘Mobeen from Small Heath’:

“I was shocked, bro. Unbelievable, it’s broken my childhood memories!” he exclaims in the video.

“It got to the end of the film and I said quite loudly, so everybody could hear me, ‘There ain’t no such thing as a Pakisaurus’. The old man over here, as we’re walking out of the cinema, pulls out his phone and says, ‘I’ve just Googled it, have a look.’ And he’s not even lying!” 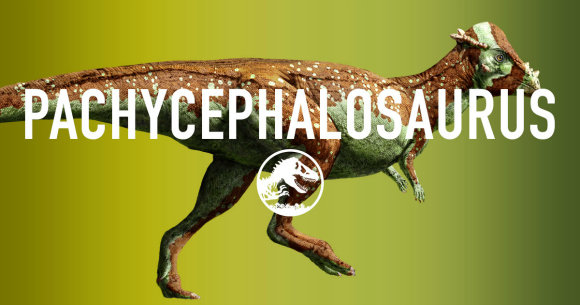 While Pakisaurus is indeed a dinosaur that originates from Western Pakistan, it doesn’t in fact feature in Jurassic World. Guzzy and the old man have mistaken the extinct species for the dome-headed Pachycephalosaurus which originated in North America.

But Guzzy’s YouTube video which mocks the creators of Jurassic World, and even calls for a boycott of the blockbuster, is already nearing half a million views within a week.

While the racist slur of P**i is only specific to the UK, which can explain why it didn’t throw up any red alerts for US scriptwriters, Guzzy offers his own explanation to the ‘shocking’ racism:

“I don’t know if Nigel Farage was responsible for finding the fossils of this dinosaur, bro. But you can’t go running around in the first 5 minutes of a blockbuster movie saying, ‘The P**is are out of control again!’ Bro we get enough bad press as it is.

“The dinosaurs are actually from Pakistan! If I hear any of you man on road, running around saying, ‘Yo, there’s a Pakisaurus’, and it’s an Aunty in a salwar kameez who’s slightly overweight, I ain’t gonna be too happy bro.”

Of course, it was difficult for ‘Mobeen’ and Guzzy to keep a straight face while expressing his views. You can watch the hilarious video here: 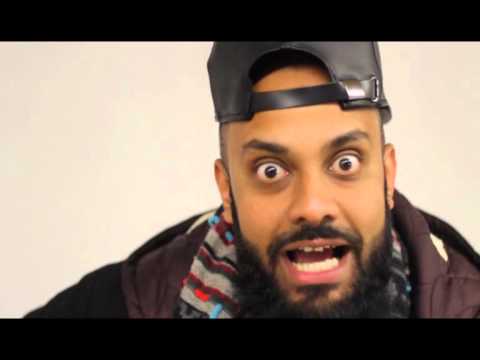 UK fans of the fantastic Jurassic Park franchise have also been eager to tweet their shock on seeing the #Pakisaurus at their local cinemas:

My eyes are raining ???? #Pakisaurus

Couldn’t believe that #Pakisaurus scene in Jurassic World, as if someone actually named a dinosaur that

I can’t believe it! Are they for real? What do you call a Pakistani Dinosaur? #Pakisaurus https://t.co/iYkgji6U9i pic.twitter.com/q5gcjFixcD

Best way to deal with slightly awkward racial moments is actually to laugh about them #Pakisaurus ????

I’m finding the whole #Pakisaurus thing very funny. As are most of my Pakistani friends. I find it’s mostly offending white people. Odd that

Guzzy’s hashtag on Twitter, #BoycottJurassicWorld has gained a lot of attention already, with many tweeting their own cinema experiences. But it seems that most Pakistani’s have found the term more shockingly funny than downright offensive.