Two brothers, Anib Khan and Harras Khan have been convicted of murdering Taimoor Zaheer and Nahima Begum was found guilty as an accessory.

"It was carried out in the form of a public execution"

Anib Khan aged 23 and Harras Khan, aged 25, two brothers from Handsworth, Birmingham, have both been found guilty and convicted for the murder of Taimoor Zaheer, aged 20, on November 19, 2018.

Zaheer was killed by the two men in what is being called a “public execution” shooting, related to an alleged “drugs turf war” in Birmingham.

During their trial at Birmingham Crown Court, a third person, Nahima Begum, aged 24, from Bordesley Green, Birmingham, was also found guilty and convicted for assisting an offender.

According to the prosecutor, Karim Kahlil QC, the brothers premeditated the killing of Zaheer, from Handsworth. He told the court:

“This case is about the killing of Taimoor Zaheer.

“It was probably linked to some sort of drugs turf war and was carried out by the two brothers who were angry and determined to show who was in charge.

“It was carried out in the form of a public execution. The two brothers set a trap and they lured Mr Zaheer into it and then shot him in the face.”

Mr Kahil stated that the Khan brothers and the Zaheer had fallen out, leading to a disagreement related to dealing drugs in Handsworth.

Zaheer’s girlfriend was targeted by the Khan brothers. They followed her in a car because “no doubt they wanted to give a message of threat through to Taimoor Zaheer.” 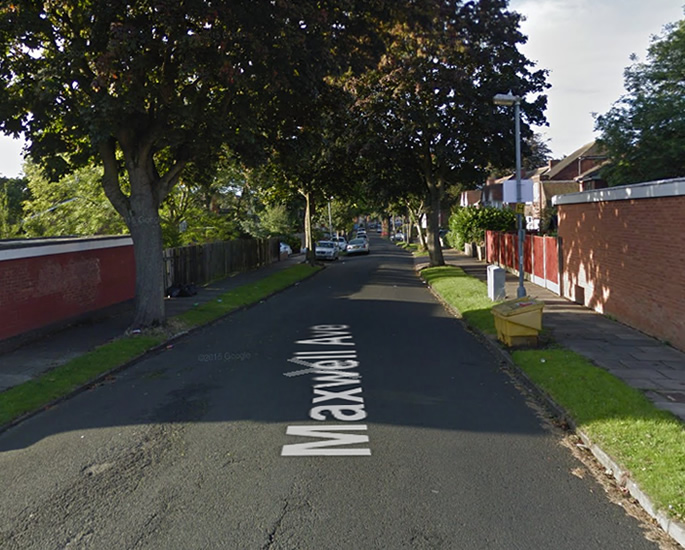 The “public execution” shooting of Taimoor Zaheer took place on May 22, 2018.

The Khan brothers had a “shouted exchange” with Zaheer who passed them in his black Vauxhall Vectra as they came out of their home. Two passengers were also in Zaheer’s car.

Footage from CCTV shows that the brothers made a gesture to Zaheer to follow them in their black Audi.

Then, just before 5 pm, as Zaheer drove into Maxwell Avenue in Handsworth, the Khan brothers had blocked his route with their Audi Estate.

At this point, Mr Kahlil then revealed to the court that Harras Khan took out a double-barrelled shotgun from a parked Citroen Berlingo van.  He passed the firearm to his brother Anib.

Approaching Zaheer, who was sitting in the driver seat in his car, the brothers exclaimed: “Do you want it?”

Whilst Anib pointed the gun at him at point-blank range, Zaheer unmoved by the threat replied: “Go on then.”

Harras shouted to his brother saying: “Blast him with it.” 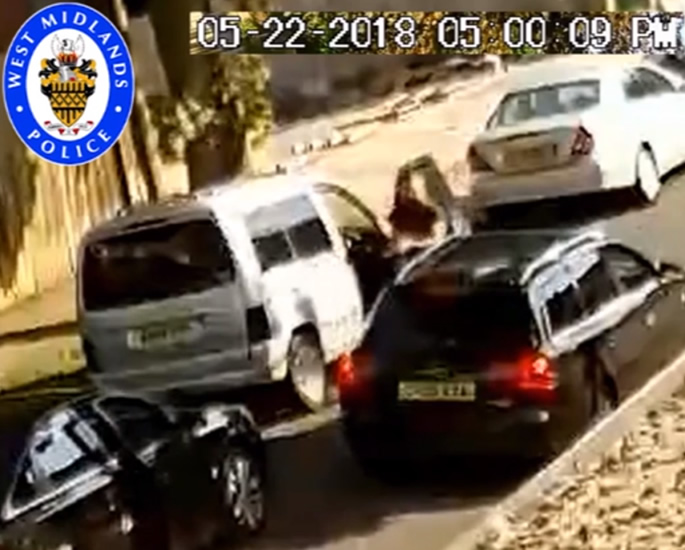 Mr Kahlil then described the events which followed saying:

“Then immediately Anib Khan pulled the trigger and shot Taimoor in the face.

“He had no opportunity to avoid what happened and he died immediately.”

The Khan brothers then fled the crime scene.

Nahima Begum was Anib Khan’s girlfriend and she became an accessory to the crime because she was driving him to Dover, and assisting him to leave the country.

Before meeting him in January 2018, Begum was an accountancy worker.

However, after dating for a few months and spending time together they got close and Khan “trusted her completely.”

Besotted by him, she was prepared to do anything she could, to help her killer boyfriend.

Begum was even ready to get a house for Khan under her name due to him not being able to get one due to poor credit ratings.

With no previous convictions and working for an established company, Begum did not care. She was ready to do anything for him. 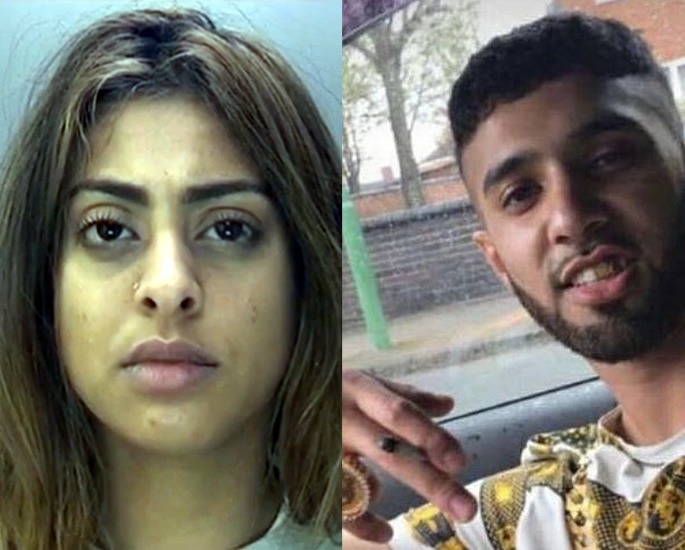 On May 22, 2018, in the afternoon, after the murder of Zaheer had taken place, she took a call from Khan saying: “Need a big favour. Like massive.”

From there he told her to take him to Dover.

French border officials had tracked Khan at 4 am in the morning the next day at passport control.

They alerted police and Khan and Begum were both arrested.

Officers found £1,100 cash on Begum, which had been given to her by Khan because they were “going on holiday.”

In her police interview, she lied and covered for Khan. First saying:  “I don’t know anything about this.”

Then she told police that they came to Dover in order to go to Amsterdam because she was ‘feeling low’ and he had family issues.

However, the court did not accept her story and she was found guilty of assisting an offender by the jury, and therefore, an accessory to the crime committed by her boyfriend.

During the murder trial, Harras Khan self-proclaimed himself as a ‘drugs lord’, who was in charge of a large criminal network across the Sandwell region.

And that this killing by the brothers was a message to show who was ‘in charge’.

Harras was jailed in 2015 for six years verbally pleading guilty to conspiracy to supply heroin and crack cocaine. This was during a widespread operation against drugs by West Midlands Police.

He won an appeal in 2015 cutting his sentence to three years, after claiming he was no different to the rest of the co-conspirators and was not the leader.

But now he was charged and being tried for murder in this case. 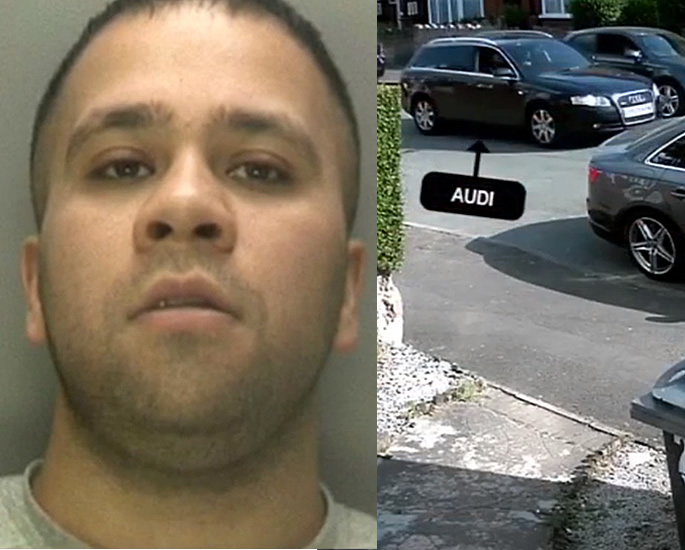 During questions by prosecutor Karim Khalil QC, Harras Khan was proud to reveal his occupation.

When Mr Khalil asked him: “What was your and your brother’s occupation in the business?”

Harras Khan said: “He worked for me – he was under me – but there is someone else above me.

“I am a Sandwell drug lord, look it up.”

Mr Khalil added: “How many workers did you have?”

He replied: “I do not wish to say that.

“Would you want someone to go to my mum’s house for saying a name?”

Mr Khalil replied: “Would there be trouble if you name them?”

Khan was arrested hiding in a B&B in Cheshire, two months after the murder incident.

The trial concluded with the conviction of all three members of this drugs gang. Both the brothers face sentences for life in prison.

Leading the murder investigation, Detective InspectorJoyce, said of the case:

“This was an appalling act of violence: A shotgun brandished and fired in a residential street in broad daylight, resulting in the death of a man.

“Thankfully, we were able to build up a picture of what had happened thanks to extensive CCTV coverage of the area, and were able to circulate Khan’s details, which meant he wasn’t able to flee the country as planned.

“We might never know exactly why Taimoor Zaheer was killed, but we hope we have managed to give his family some sense of justice now that his killers are behind bars for many years to come.”