Indian Footballer, Peter Biaksangzuala landed awkwardly while celebrating his goal in the Mizoram Premier League. After severely damaging his spine, Peter was pronounced dead in the early hours of Sunday 19th October 2014.

"Peter was a lad with good manner who always maintained his discipline on and off the pitch."

The midfielder was celebrating his goal by performing a series of acrobatic somersaults before falling backwards and landing on his head.

Peter was immediately carried off the field and rushed to hospital. He was put on ventilator, but all efforts to resuscitate him failed as he passed away on Sunday 19 October, 2014.

This incident occurred just after Biaksangzuala had scored the equaliser for Bethlehem Vengthlang FC against Chanmari West FC.

He turned in a loose ball, that had rebounded off the post following a free kick, before wheeling away to celebrate. Devastatingly, Biaksangzuala mistimed his landing. 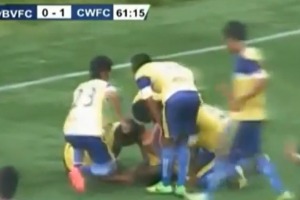 The potential seriousness was immediately clear, after Biaksangzuala failed to rise and his team rushed to his side.

The Indian footballer was carried off via a stretcher and quickly taken to Aizawl Civil Hospital. A CT scan confirmed that he had severely damaged his spinal cord.

The 23-year-old was then moved to an intensive care unit. After a five day battle, doctors pronounced the young footballer dead.

“The association president also being the state health minister, he did all that was possible even though he was out of station.

“We considered the option to fly him to Delhi but his condition was pretty bad. He was mostly unconscious, occasionally spelling out a few words.”

The fatal celebration was meant to resemble that of record World Cup goalscorer, Miroslav Klose. But sadly Peter could not pull it off as he had intended.

Football has had its fair share of flamboyant celebrations for a long time. Famously, Sir Alex Ferguson told then Manchester United player, Nani to drop his celebration.

After scoring his first goal for Manchester United in a friendly, Nani performed his celebration – his trademark in his native Portugal.

At the time, a British tabloid reported the wise words of a wise man: “Ferguson does not wish to be a killjoy but he is also not prepared to see a £20 million asset pick up an unnecessary injury.” 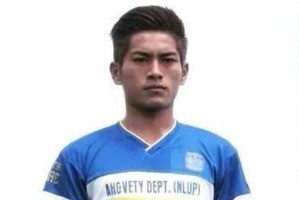 Following the upsetting news, the MFA released an official statement. It read: “Bethlehem Vengthlang FC midfielder Peter Biaksangzuala lost his fight for survival after he suffered a fatal injury while celebrating his goal.

“It has been a sad day for Mizoram football and the demise of the footballer shook his team-mates, footballers and fans alike all over Mizoram.

“Peter’s club, Bethlehem Vengthlang FC will retire his jersey no. 21.”

Bethlehem Vengthlang coach Danny Lalduhawma paid tribute to the playing saying: “Peter was a lad with good manner who always maintained his discipline on and off the pitch. I don’t think there are many like him.”

Perturbed by the incident, FIFA said any amendments to the ‘laws of the game’ would have to be approved by the ruling body, the International Football Association Board (IFAB).

The MFA plan to organise a match in his memory. The entire football fraternity in India mourns the death of Peter Biaksangzuala.

Zak is an English Language and Journalism graduate with a passion for writing. He is an avid gamer, football fan and music critic. His life motto is “Out of many, one people.”
Football and the Rules of the Beautiful Game
Sania Mirza wins Doubles Title at WTA Finals 2014