CCTV footage has exposed Indian criminals running a call centre scam in order to dupe citizens in the UK.

Hundreds of thousands of people are scammed in the UK every year. In most cases, they are victims of overseas criminal call centres where teams of fraudsters operate 24/7.

One particular criminal call centre was being operated in India.

An investigation by BBC Panorama exposed their criminal activities by hacking into the call centre.

The recorded scam phone calls were accessed as well as CCTV footage exposing the fraudsters at work.

Victims are unaware that they are being scammed and believe that the other person is only trying to help but the reality is, the fraudsters do not care about them as the footage revealed one man’s true feelings.

He tells two colleagues: “We don’t give a s*** about the customers.”

The illegal activities were captured in May 2019 at a scam call centre in Delhi.

The vigilante who exposed them goes by the name of Jim Browning, he said:

“I found the whole thing incredible, I think it’s pretty unique. To be able to see scammers in action.

“I really do want the whole world to see what this looks like.”

The scammers operate by placing bogus warnings on the victim’s computer such as a virus. They then tell you to contact ‘Microsoft’ for technical support.

When a call is made, the fraudster picks it up, giving a false name.

In one phone exchange, a scammer tells a potential victim:

“Thank you for holding the line, I really appreciate your time and patience. My name is Chris Lawson.”

The victim responds: “I bet it’s nice and warm where you are.”

The fraudster replies: “Yeah, it is very hot here in California.”

The scammers engage in friendly conversation with the victims in order to build a relationship with them before carrying out the scam.

During the investigation, 70,000 phone calls were downloaded.

In relation to the ‘Chris Lawson’ incident, the criminal claims that ‘broken services’ will need to be repaired before telling the victim that it will cost £1,295.

The victim believes him but gets upset. As ‘Chris’ assures him that everything will be alright, other colleagues are seen laughing at the conversation. 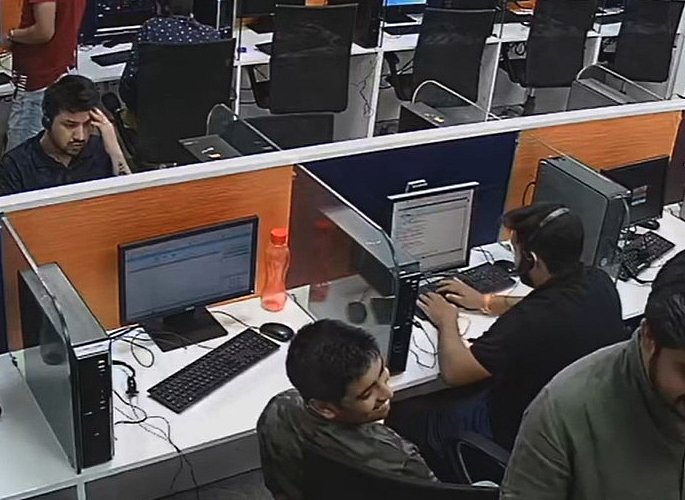 During this time, the call operator claims to be finding a solution on the computer but actually, he is doing anything but that.

CCTV footage showed the fraudsters in front of computers on social media or even playing games.

According to the investigation, the UK receives 21 million scam calls each month. Fraudsters pretend to be from banks, retailers and the government but the objective is the same, to take money from unaware victims.

The scammer tells ‘Jim’ that he will check what is wrong. ‘Jim’ then asks:

The fraudster replies: “No right now we are located in San Jose, California.”

‘Jim’ then decides to expose him by asking him to name a restaurant in San Jose. The scammer refuses to answer and later tells him to fly to California.

‘Jim’ then questions him on why he is scamming people. The call operator refuses to answer before telling ‘Jim’ that he has wasted his time.

On the exposure, the fraudster tells ‘Jim’:

“I don’t want to answer these questions, sir. You have wasted much of my time.”

During the investigation, Amit Chauhan is identified as the leader of the operation and he has been making a lot of money from the scam.

BBC South Asia Correspondent Rajini Vaidyanathan called him and questioned him about the fraud allegations. 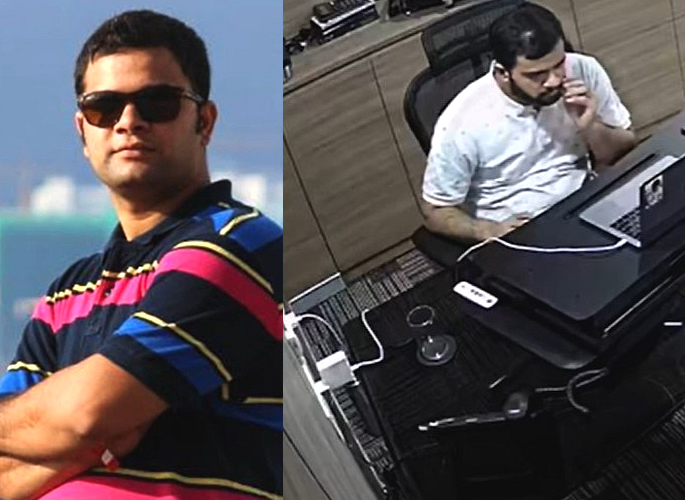 He denies the claims but when Rajini talks about the call centre and its location, Amit puts down the phone.

Call centre frauds such as the one in Delhi are prominent across India and the police have said that they are bringing the Indian criminals down.

In November 2019, a raid was carried out in Delhi and over two dozen people were arrested.

The police went on to say that the difficulty is mainly down to the fact that most victims are overseas.

Dhiren is a journalism graduate with a passion for gaming, watching films and sports. He also enjoys cooking from time to time. His motto is to “Live life one day at a time.”
UK Landlord who let ‘Slaves’ Suffer hit with Court Order
TikTok Video Maker dies of Electric Shock on Indian Railway