Student Vishesh Makwana has been jailed for trying to strangle a young woman in her car after taking a drug which he thought was cannabis.

"These drugs can have tragic consequences."

Vishesh Makwana, aged 22, a physics student from University of Nottingham has been jailed for attacking a young woman whom he tried to strangle in a street whilst intoxicated on what he thought was cannabis.

Makwana had added the drug into a peanut butter sandwich before consuming it. Then the effects of the drug-laden sandwich sent him into a frenzy where he ran from the student accommodation topless and only wearing a towel.

In this intoxicated state, Makwana went onto attack a young woman, aged 21, sitting in her car, which was parked just off Faraday Road in Lenton, Nottingham. An area which is known for providing accommodation to students.

At the time, the victim was on the phone with her family informing them of her safe arrival home when suddenly Makwana began to attack her in the car. The call ended to her family with cries of “help me, help me”.

The Nottingham Magistrates’ Court was told the victim was screaming as Makwana tried to then strangle her and as she repeatedly said: “no, don’t”.

It was not until a passer-by saw the vicious attack taking place and then grabbed Makwana and dragged him out of the victim’s car.

The victim’s parents and grandparents shockingly heard the earlier part of the attack when she was on the phone with them. Leaving them devastated.

16 days after Makwana’s attack on her, the victim released a statement on the traumatic impact of the attack. Especially on five people in her family. She wrote:

“My 87-year-old grandmother hears my screaming before she goes to bed at night.”

“The incident has affected me physically, emotionally and psychologically.”

“I had internal bruising in my throat with the attempted strangulation. I keep repeatedly questioning myself, ‘why me?’

“I did nothing to warrant such a vicious attack. I don’t know whether it was because of gender but I believe the defendant is a threat to all members of society.” 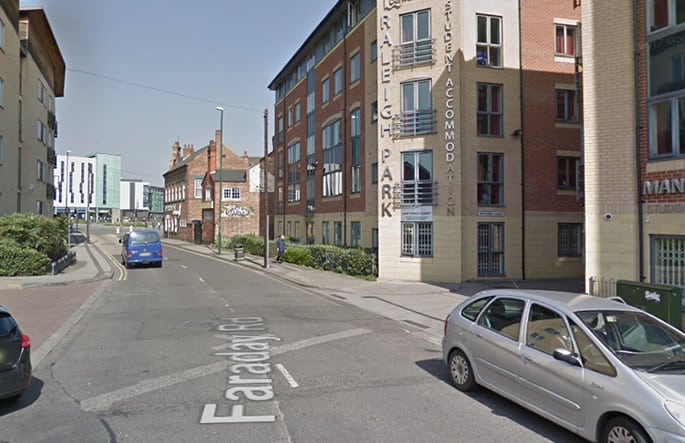 The prosecution led by Christine Ofosu-Ampadu expressed the seriousness of the crime saying:

“This is a violent, sustained and unprovoked attack on a vulnerable victim, causing her injuries.”

Makwana who is an overseas student was regarded as “an exemplary student” at the university. He had plans to do a PhD and had arranged a sponsorship for the next academic year. However, the outcome of the case could affect this.

“Without drugs, this offence would not have been committed. Clearly, he didn’t intend to go out and do this.

“This was not premeditated and clearly he was not in the correct frame of mind.

“That is demonstrated by him using the absolutely bizarre comment to her during the incident of ‘I am doing this for you’.”

Mr Butler said that if Makwana received a custodial sentence it would “destabilise his stay in this country” and make it difficult for his visa renewal.

He told the court that Makwana completely regretted what he did and said:

“He is a man of impeccable character. He has been co-operative, apologetic, genuinely remorseful and apologetic.”

It emerged that the drug Makwana took was some kind of designer drug and not just cannabis as perceived by him when he bought it.

District Judge Tim Spruce sentencing Makwana to 16 weeks in prison said such a crime needed a deterrent sentence as a warning to others about the risks of taking drugs.

Because if the passerby did not stop Makwana, it could’ve resulted in a further tragedy, should he have continued.

“He had no idea of the impact of having what he thought was cannabis. He nevertheless took the risk.

“We live in an age of synthetic designer drugs – mamba, spice, all variations on cannabis. No-one really knows what impact that high is likely to be. No-one should trust a drug dealer.

“These drugs can have tragic consequences.”

Makwana said that he had shared the drug-laced sandwich with another friend. He was affected by it too and had to be taken to a hospital.

Whilst deliberating the judge said:

“Whatever sentence I impose will expire. It will be a long time before the impact on her and her extended family dissipates or even starts to heal.”

Makwana admitted assault causing actual bodily harm. In addition to the jail term, Makwana was told to pay £500 compensation to the victim and a restriction order was placed on him to never contact her again.

The victim’s family reacted to the sentence and said: “We are very grateful to the judge who deliberated for a long period and came to the right conclusion.”

Amit enjoys creative challenges and uses writing as a tool for revelation. He has major interest in news, current affairs, trends and cinema. He likes the quote: "Nothing in fine print is ever good news."
Indian Shop Owner gets Abusive Letters for England Flags
Aneesa Ahmed jailed for Possessing over £25K worth of Cocaine