Aktar Islam and Lasan Restaurant have become a household name after winning Gordon Ramsays ‘F’ Word final. We talk to Aktar and Jabbar Khan in an exclusive interview about this huge win and what it means.

not the typical Chicken Tikka Masala

Aktar Islam and Jabbar Khan of Lasan Restaurant from Birmingham in the UK won Gordon Ramsay’s F Word final on Channel 4 television. Lasan is the first Indian restaurant in the UK to be selected as the ‘Best Local Restaurant’ by Ramsay.

Head Chef Aktar Islam together with assistant chef, Aysan, cooked enthusiastically with vigour to first win the ‘Best Local Indian Restaurant’ category in the series, then the semi final and then onto win the overall final. 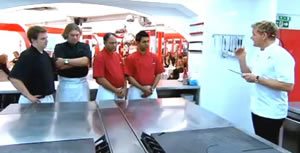 In the final, Aktar and Aysan were up against Jay Scrimshaw and Liam Goodwell of The Pheasant pub from Cambridgeshire. The final was intense with Lasan scoring high marks for their starter and main course, which was convincing enough along with their consistent performance throughout the competition, for Gordon Ramsay to give Lasan the prize title.

A major achievement in the competitive world of Indian cuisine. Founder of the Lasan brand, Jabbar Khan highly praised the work of his head chef and the team for achieving such a national status.

The win has naturally boomed business for the restaurant. They are now getting customers from around the country coming to the restaurant to try their culinary delights. Some as even as far north as Scotland.

Winning awards is not something that is new for this highly accomplished restaurant. Here are some of the other key achievements by Aktar, Jabbar and the Lasan team:

Here is the exclusive interview with Aktar Islam and Jabbar Khan, talking to us about their tremendous win on Gordon Ramsay’s F Word with some interesting revelations and tips by Aktar! 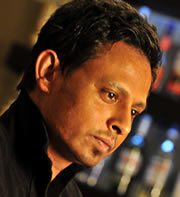 Lasan Restaurant was founded by Jabbar Khan 2002.  Jabbar of Bangladeshi roots, started with the ambition to make his restaurant elite and unique. It’s location in St Paul’s Square, Birmingham is near the popular Jewellery Quarter in the city.

Innovation, creative marketing, strong management skills and a drive to excel in customer care, has allowed Jabbar to develop Lasan into a major restaurant and culinary brand. Along with Lasan Restaurant, Jabbar also runs Lasan Eatery, a smaller scale but reputable restaurant and take-away on the Stratford Road in Hall Green, Birmingham; Lasan Express, targeting education, this business provides great value-for-money dishes for students and staff alike within educational establishments in the Midlands and Lasan Catering, which provides outside catering for parties, events, weddings and functions.

Jabbar himself has won industry’s top awards including the Institute of Directors prestigious ‘Young Director of the Year’ award, ‘Restaurant Personality of the Year’ and ‘Young Restaurant Manager of the Year.’ He is also included in the ‘Who’s Who of Britain’s Young Business Elite’ as one of Britain’s best performing young business people.

Jabbar told us the the ‘F’ Word competition was very different, he said,

“We’ve entered many awards over the years but nothing was as challenging as this and having been told that we had won there was nothing as rewarding as this.”

Excited about the win and boost to the brand, Jabbar said, ‘It’s just been phenomenal. To be finally confirmed we had won was just fantastic.” 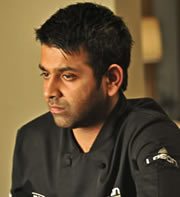 Aktar Aslam has come a long way as a chef. Starting out within his family business, Aslam developed a fascination for cooking tasty Indian cuisine. He then joined Jabbar Khan at Lasan Restaurant, where his innovation in cooking began to draw attention to his unique skills and confident personality.

His major contribution to the development of the Lasan team has been reflected in a large number of awards for members of his team and himself. And now with the F Word accolade, his recognition is on a much higher platform than he ever dreamed.

Aktar has a distinct passion for what he does and how he does it, and Gordon Ramsay picked up on his attitude being similar to his own in his early days which was on the arrogant side and somewhat exaggerated with confidence. When asked about this and the show, Aktar told us,

“Ultimately the whole experience has made me a better person.”

Aktar aims to develop exciting, innovative and award winning recipes. From gorgeous and intricate creations, to rich-tasting but healthy meals that are low-fat, low-salt, but high on flavour and with the all-important Lasan “feast factor.”

Aktar has attended a reception at Buckingham Palace invited by The Queen and The Duke of Edinburgh for his contribution to the British hospitality industry. 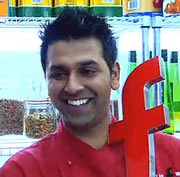 Inspired by Marco Pierre White and Gordon Ramsay, Aktar insists that his food is ‘not the typical Chicken Tikka Masala’ that you will get in an Indian restaurant. His flavours and ingredients are a combination of his experience, the right produce and culinary journey to date.

Aktar’s commitment and success have also been shown by his selection by Marketing Birmingham to represent the city in their Birmingham Bites campaign.

In 2007, he launched his cookbook and DVD, called the SPICE OF LIFE, in collaboration with Warwick University Medical school and devised a feast of healthy south Asian recipes for everyone to enjoy at home.

Aktar has helped Lasan achieve national recognition by winning the ‘F’ Word, in addition to its listing as one of the Top 10 Indian Restaurants in the UK and its inclusion in the Michelin Guide. He aims to continue to prove himself as one of the most unique and diverse chefs in UK’s Indian cuisine arena.

DESIblitz.com would like to applaud Aktar Islam, Jabbar Khan and the Lasan restaurant team on their ‘F’ Word win and for being the only Indian restaurant in the UK to have achieved such recognition.